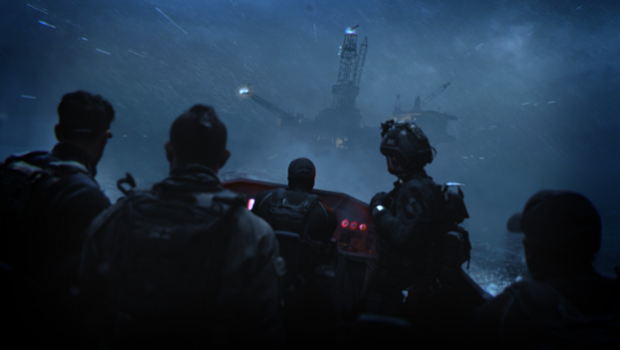 An oil rig in the Gulf of Mexico is carrying cargo that could spark a global conflict: a weapon poised to strike. The Mission? Task Force 141 and Shadow Company need to board the platform, clear out hostile forces and disarm the missile… that is, if their intel is accurate and if the missile even exists.

Rough oceans and shifting shipping containers prove dangerous obstacles in this mission. They also represent just one example of how the Campaign will be more dynamic and lifelike in Modern Warfare II. Not only will players have to contend with enemy forces, but they may also have to deal with the elements, such as going underwater to stealth around enemy territory.