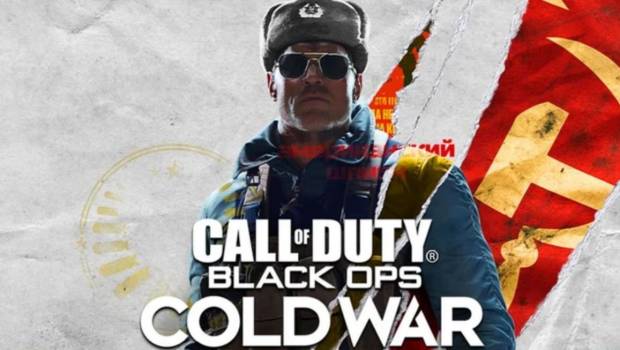 Summary: One of the more middling entries in a franchise that is feeling more than its fair share of fatigue, and although it offers up a solid enough and serviceable experience for players, it unfortunately falls short of the lofty standards established by Modern Warfare.

The iconic Black Ops series is back with Call of Duty: Black Ops Cold War – the direct sequel to the original and fan-favourite Call of Duty: Black Ops. Black Ops Cold War will drop fans into the depths of the Cold War’s volatile geopolitical battle of the early 1980s. Nothing is ever as it seems in a gripping single-player Campaign, where players will come face-to-face with historical figures and hard truths, as they battle around the globe through iconic locales like East Berlin, Vietnam, Turkey, Soviet KGB headquarters and more. 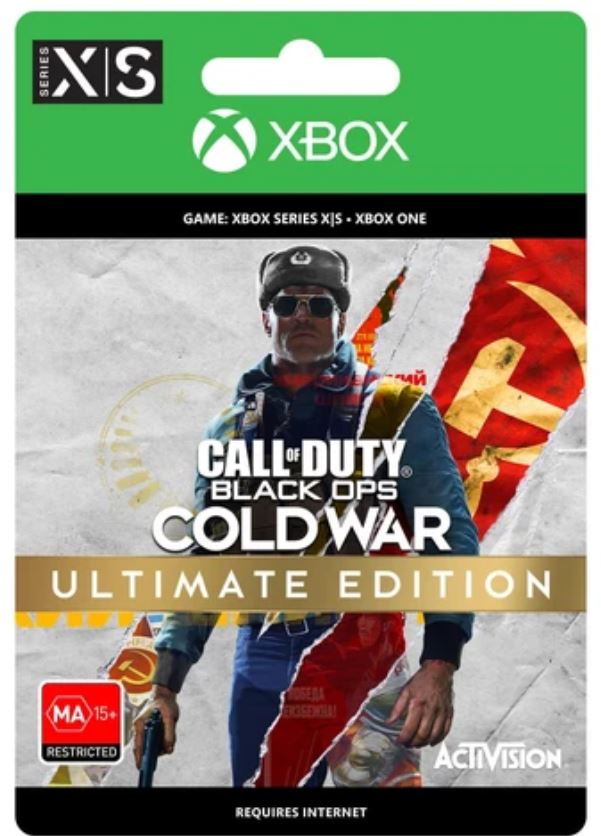 The Ultimate Edition is packed full of content and delivers the best value for fans. Contents include:

After a stellar return to form with last year’s double whammy of Modern Warfare and the incredibly lucrative Warzone, Treyarch was always going to have big boots to attempt to fill, especially considering that the development houses that each take care of their respective releases on a three year dev cycle were suddenly and unexpectedly pared down to two, with Treyarch stepping up to take the reigns after former mainstay developer Sledgehammer Games encountered some behind the scenes issues with getting the game up to an acceptable standard in time.

As such, Treyarch had to scramble a bit in order to rectify the issues that were evident with the game and this has resulted in Call of Duty: Black Ops Cold War being an admirable and fairly fun entry into the franchise but one that fails to reach the precedent set by the previous entry

One could argue that the annual release model has prevented the Call of Duty series from reaching its true potential and innovating in ways that only longer gestating projects can, and nowhere is this more evident in Cold War, which feels like the safest and most by-the-numbers entry in a while. 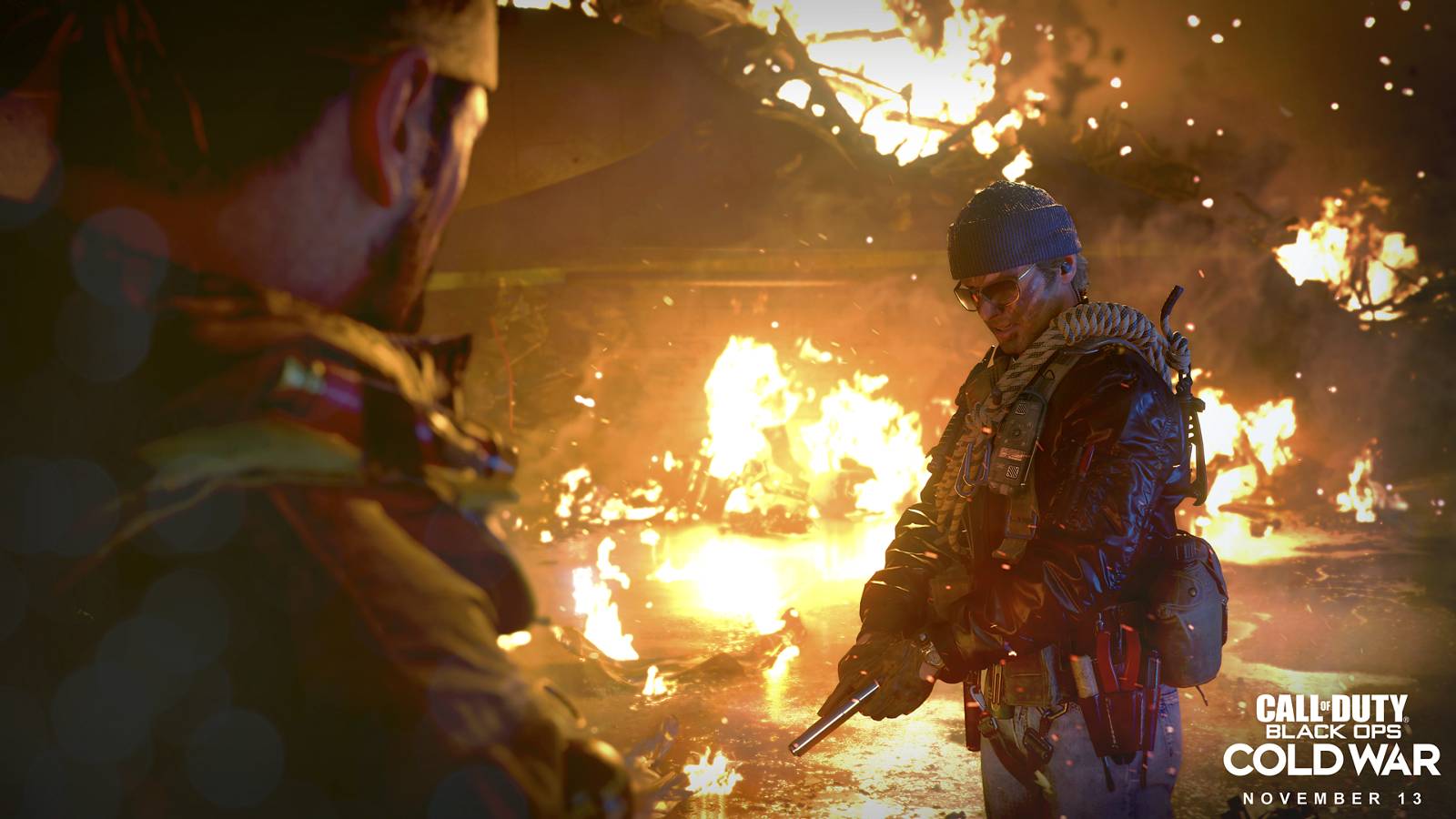 WW2 took the franchise back to its boots-on-the-ground roots after myriad entries chock full of futuristic tech and wall running shenanigans, Black Ops 4 saw the series take its first shaky step into the world of Battle Royale games, something that was further expanded upon and refined with Warzone; the point of that brief summary of the last few Call of Duty titles was to illustrate that point that, despite their respective flaws, each game introduced a new concept or manner of approaching the gameplay in ways that have persisted through each subsequent entry.

With Cold War, however, I’m struggling to see what the next major iterative improvement here is, even with the leap to next generation consoles. 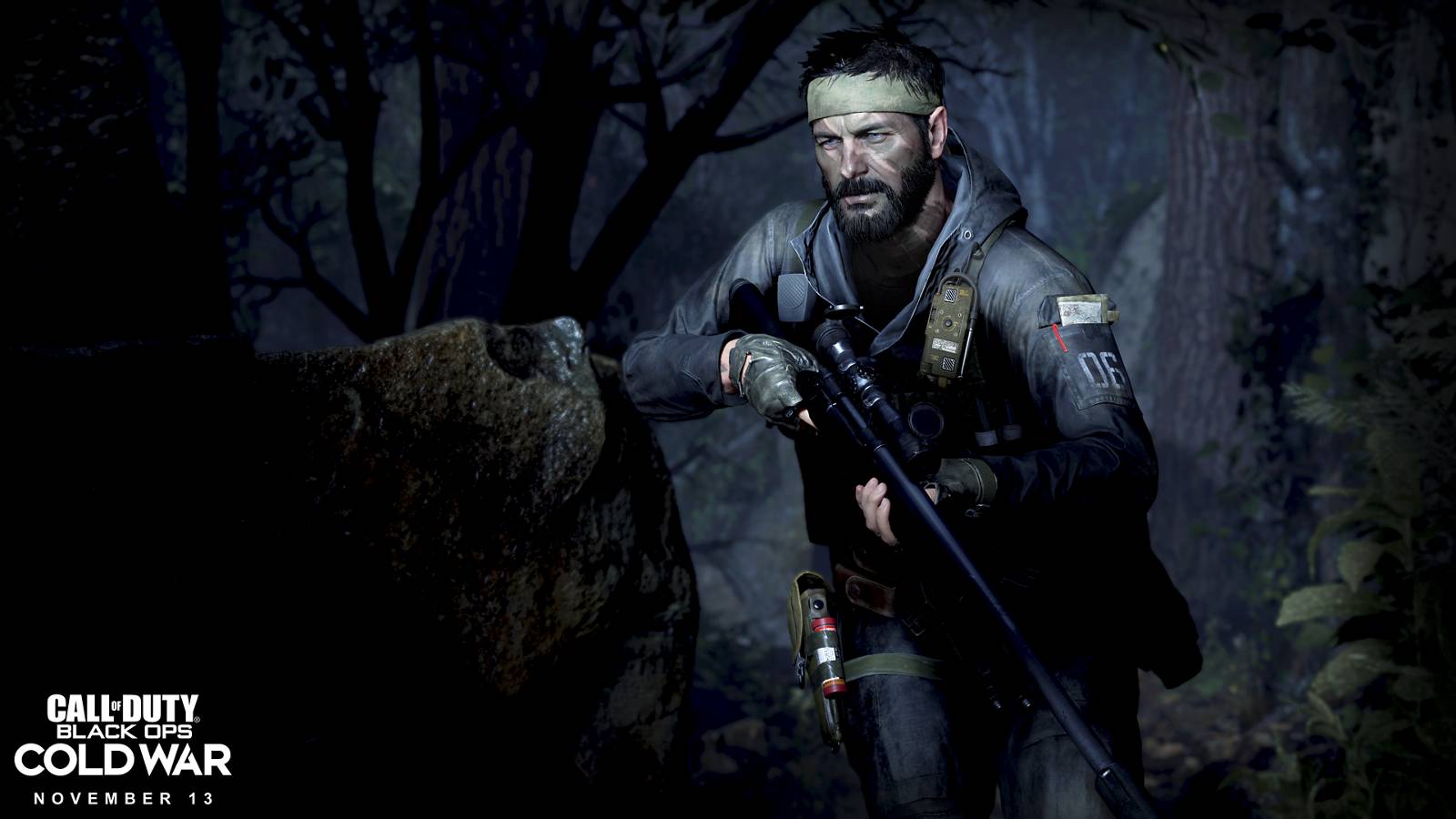 As usual the game is split into distinct parts, this time the mains ones being the campaign, multiplayer and zombies, with Warzone able to be integrated and accessed from the main menu if you have it downloaded.

Although I griped earlier about no massive changes to the overall gameplay or presentation, one slight difference with Cold War is how players can approach the campaign. Spanning across several decades, periodically the player will be presented with options that can help dictate the course of the narrative and lead to multiple branching missions paths and endings.

Again, it’s not a huge change but the ability to select which missions to tackle next and gathering intel to unlock hidden codes and the like makes for a feeling of freedom of choice that doesn’t usually come with the series. 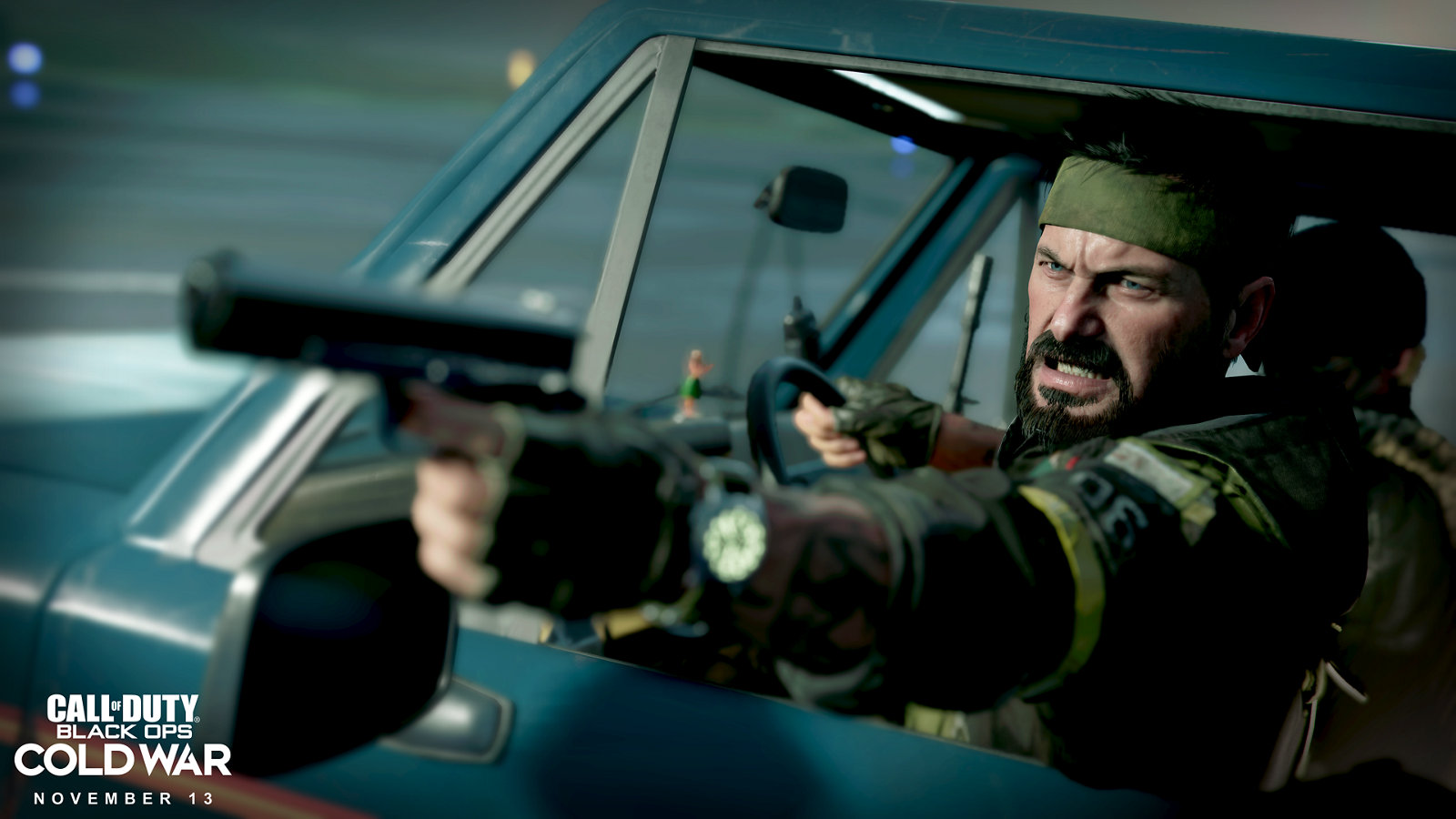 The story itself is your usual gung ho depiction of subterfuge and strike missions in foreign territories, all set against the backdrop of the 80’s and offering commentary on Reagan’s America. There’s an Easter Egg for fans where two lead villains are seen together but, aside from that, there aren’t any links to previous games in a narrative sense, although a few other familiar faces pop in here and there in reimagined form.

Overall, the campaign is solid enough to keep players engaged, with memorable set pieces and characters and a far higher level of replayability than is afforded by any of its successors.

Another nice touch that I’m glad to see return to the series is the addition of classic Activision games from the 80’s to find and collect, many of which will barely hold the interest of today’s gamers for longer than a few minutes but are a nice window into the past and illustrate how far the medium has come since the halcyon days of our youth.

Jumping into the Zombie mode will feel like slipping into a pair of comfortable slippers for veterans of the franchise, which is both a good and bad thing. It’s good in the sense that it’s easy to get your bearings and immediately start laying waste to the undead hordes, but it’s a bit of a letdown that the well established formula wasn’t deviated from in any real way.

Don’t get me wrong, if mowing down the shambling corpses of Nazi officers and performing esoteric questlines in order to Pack-A-Punch your weapon and progress to the final boss is your jam, then Zombies will keep you busy for hours on end.

The enemies range from pestilent hounds to glowing behemoths that then split into two via mitosis after receiving enough damage, in addition to moshpits full of ravenous ghouls that can quickly overrun an ill-prepared player. 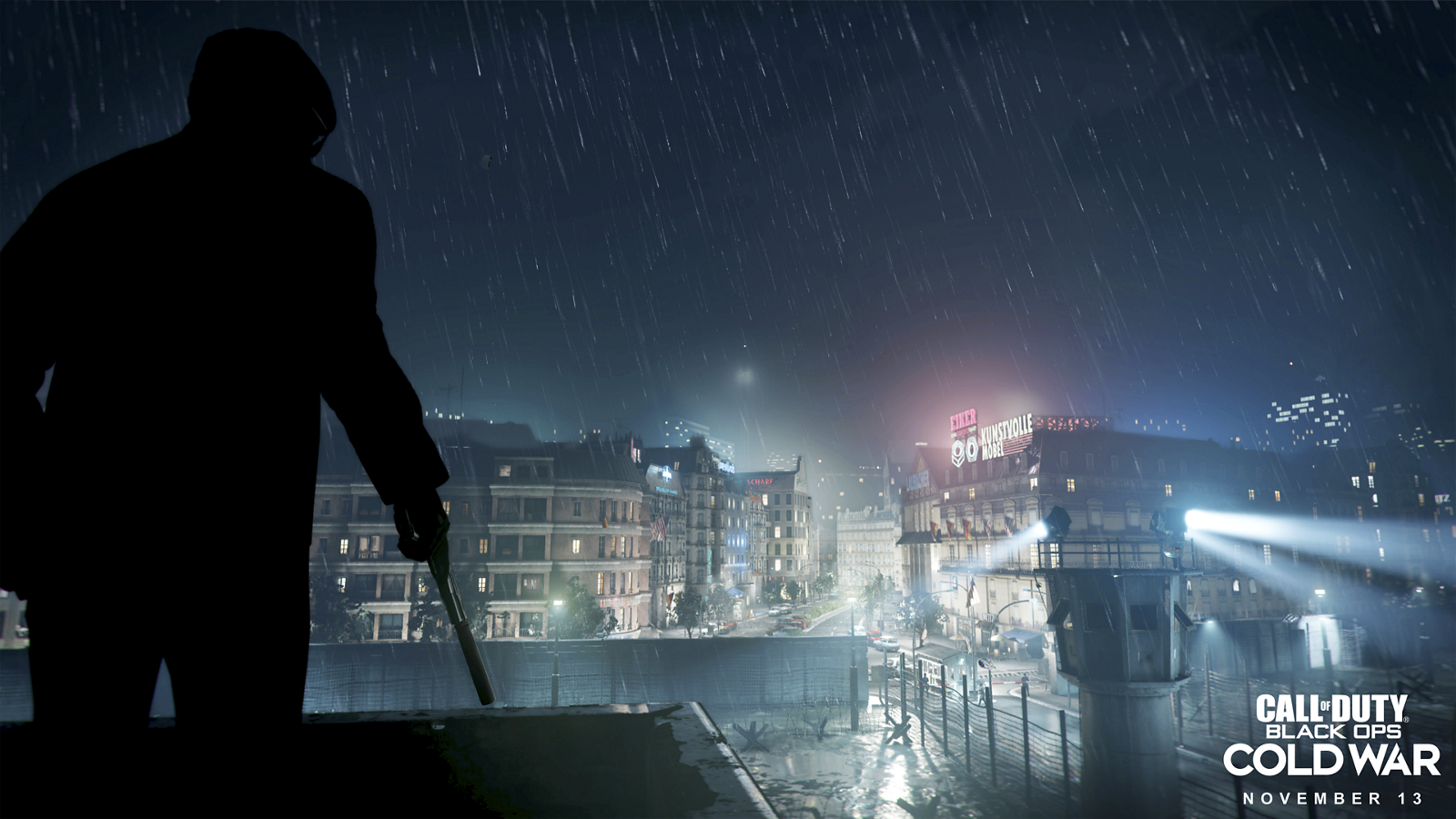 Players can elect to go for a short 20 round run, with the option to evacuate via chopper in the later levels, or stick it out in endless mode, which can only be completed by completing the different tasks on offer and defeating the boss.

Finally, we have the meat and potatoes of the game, the multiplayer, and meat and potatoes may be the best analogy to use when describing this mode, because although it initially appears hearty and packed full of flavour, after spending a few hours letting it stew you start to notice the blander qualities and areas which could have done with more attention and a little extra spice. 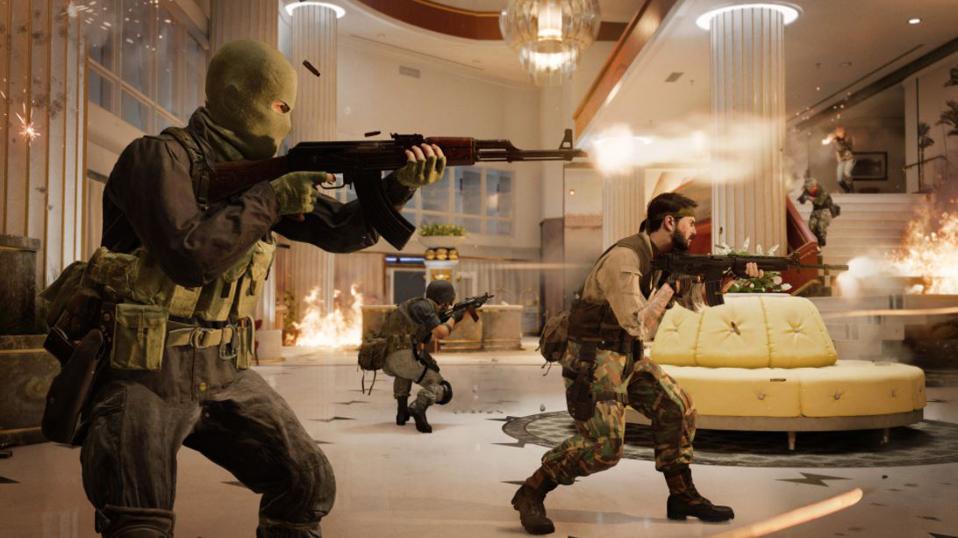 In what feels like another case of “If it ain’t broke, don’t fix it”, Black Ops Cold War’s multiplayer will immediately feel familiar to longtime fans, with a selection of operators on hand and more to unlock by doing specific challenges.

The map selection here feels especially small for some reason, but that may have something to do with everybody already avoiding Miami like the plague, leaving most rounds to alternate between Moscow, Cartel, Crossroads and Armada. With only 8 maps in total you’ll find yourself quickly getting tired of running through the same aircraft hangar and factories over and over again. 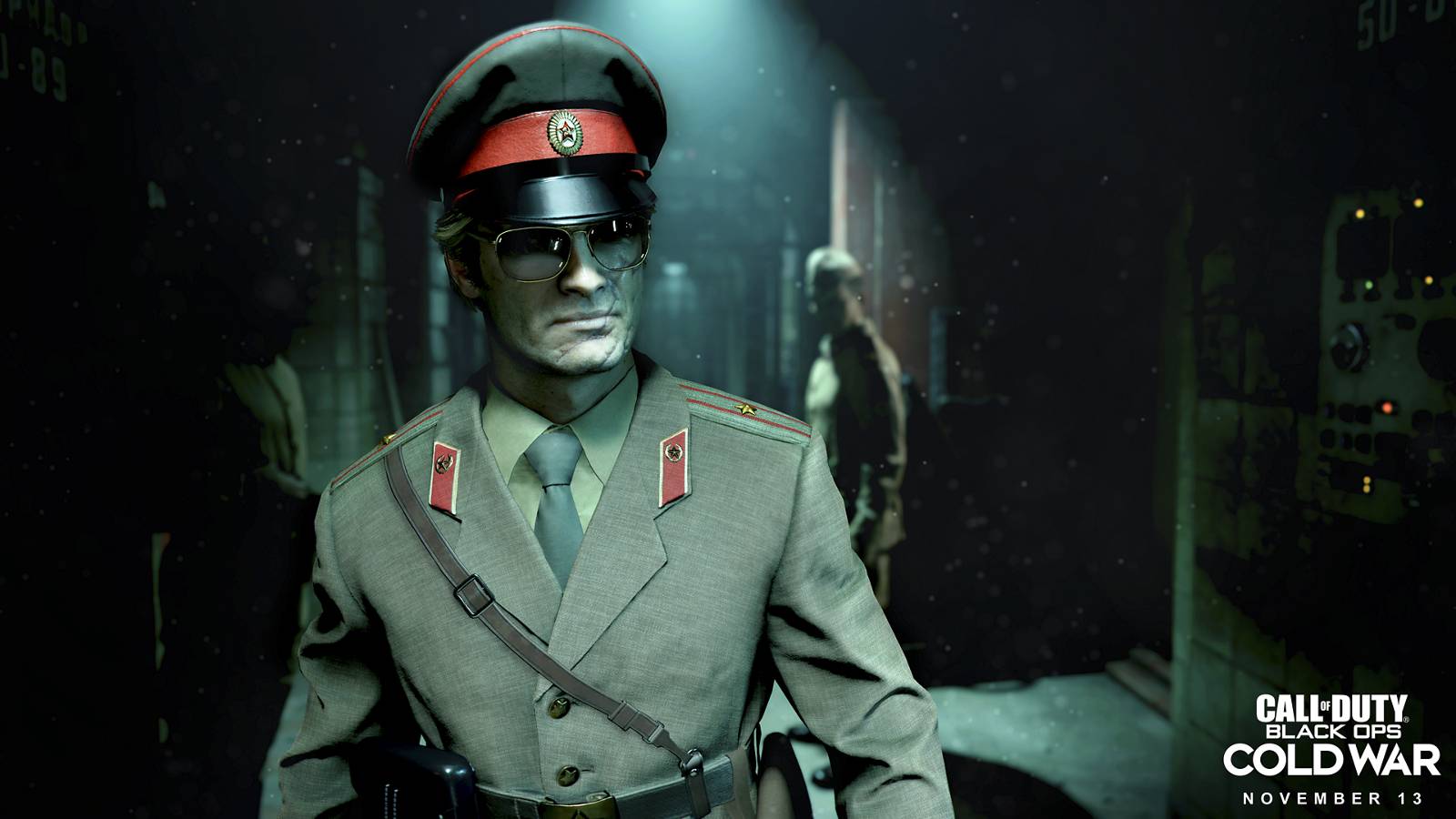 Of the maps on offer here, most of them are fairly fun to play but are also super quick to memorise and figure out the main choke points and travel routes, a lot more so than in previous games.

Along with your expected TDM, Domination, Free-For-All, Hardpoint and all the other standard modes, there’s also Fireteam: Dirty Bomb, which is essentially a smaller scale Plunder from Warzone, with squads of players dropping into one of two unique maps with full loadouts and setting about collecting stuff to deposit at certain predesignated points, except in this case instead of dropping cash off at a helicopter you’ll be depositing uranium into and then detonating a titular dirty bomb.

This is an enjoyable diversion from the more traditional multiplayer and can devolve into some pretty chaotic firefights as multiple teams butt heads trying to set off a bomb; the two maps on offer vary enough in terms of aesthetics, with one taking place amongst greenery and the other in an Alpine setting, but there aren’t really any distinguishable landmarks or any real character to either map, with both ultimately being nothing more than a collection of assorted buildings and chateaus to loot and little else. 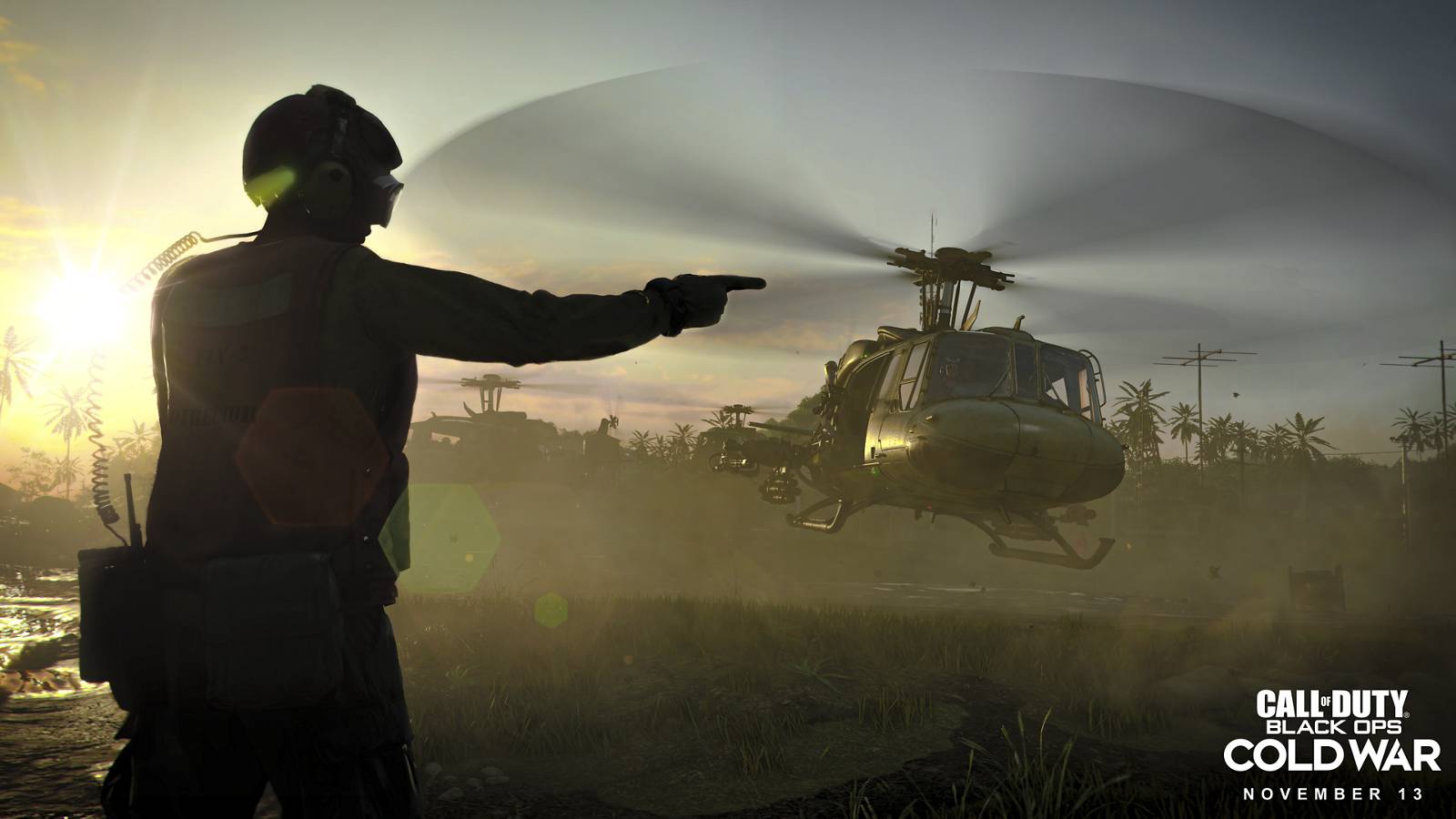 Tweaking your loadout and everything s exactly the same as it has always been, and although the battle pass isn’t active yet there will be the option to purchase one further down the line. Another cool thing of note is the ability to carry across weapons and other unlocks between Modern Warfare, Warzone and Cold War.

One major problem I have had with my time with Cold War is in regards to game stability. Cold War has crashed on me more than any game I’ve ever played, period.

I understand that there are some teething issues that come with moving onto a new generation of consoles, but some of these issues are widespread and occurring across multiple platforms, such as the major server outage last week that borked online play for hours on end, or the constant freezing mid-game (Protip, try to avoid the resupply chest in the lower section of Crossroads if you can, I’ve encountered so many crashes whilst interacting with it that it can’t be mere coincidence).

The movement and TTK don’t quite feel one hundred percent either, although that might just be more due to making the adjustment between Modern Warfare and Treyarch’s more arcadey take on things.

Call of Duty games always look pretty dang stunning, and Cold War is clearly a triple A title in that regard. However, there has been a clear step down from the gritty realism and highly detailed graphics of Modern Warfare, with things looking a lot more cartoony and garish here by comparison, particularly in multiplayer. 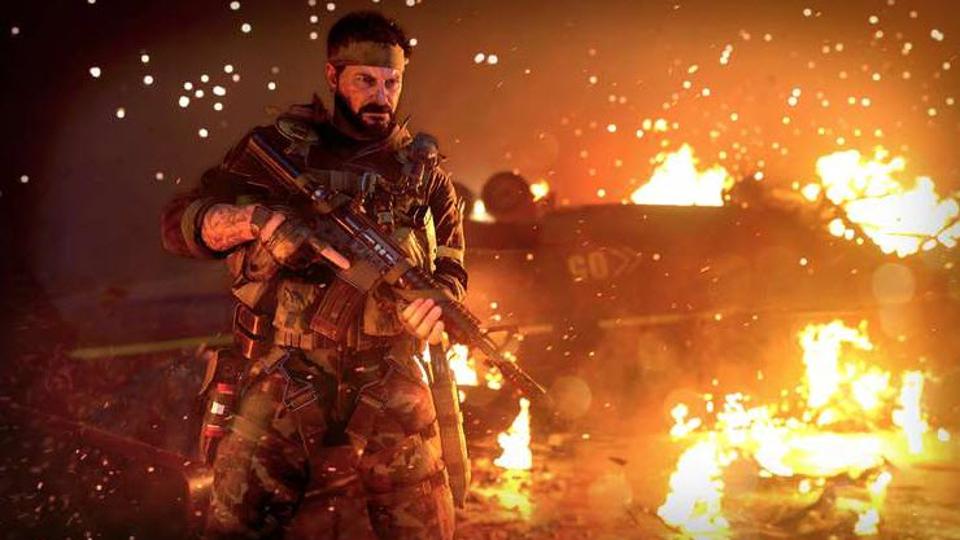 The campaign has some moments of pure visual spectacle and makes good use of the advanced lighting and processing power, but the multiplayer and zombie modes both look decidedly “last gen”, which isn’t entirely unexpected considering that Cold War IS a cross-generational release.

The audio is fine, I guess… I mean, it does its job and is bombastic when appropriate, but nothing really stood out to me in this area, aside from the nice little selection of classic Rock and Pop songs that make their appearance throughout the campaign. 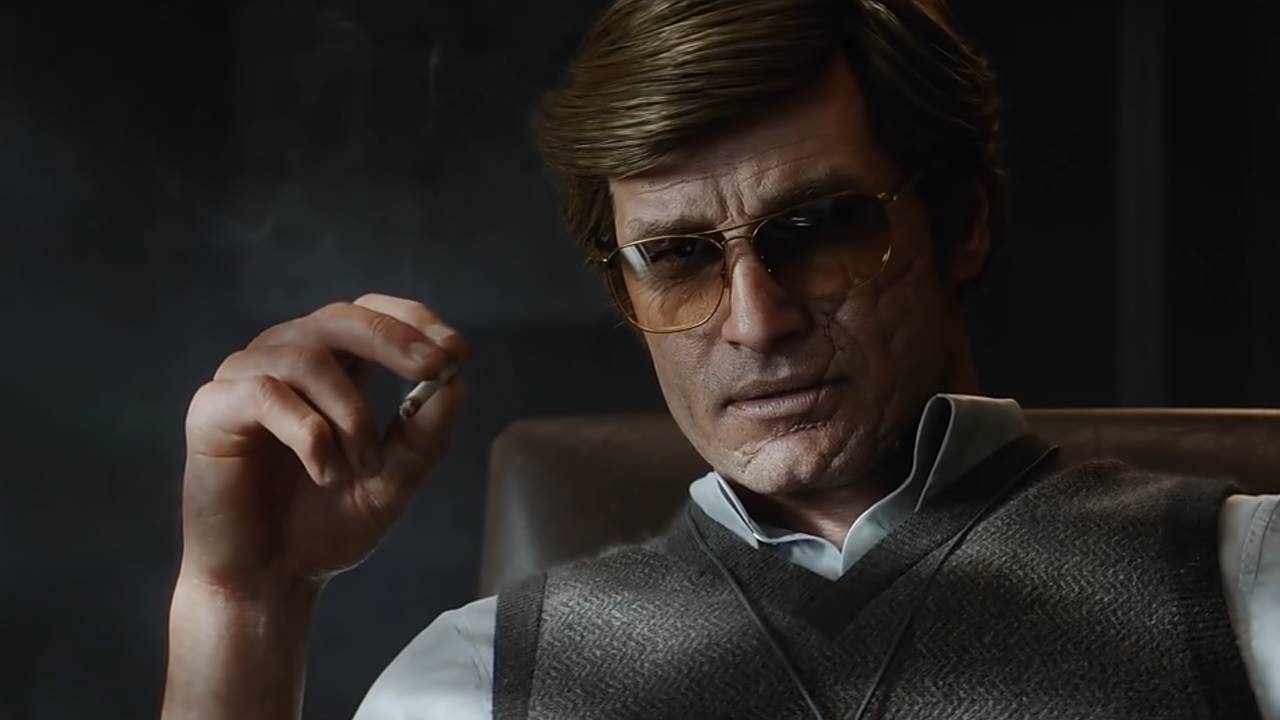 Probably the safest entry in the series of late, it’s fairly safe to say that if you like Call of Duty games then you’ll most likely enjoy what Call of Duty: Black Ops Cold War has to offer.