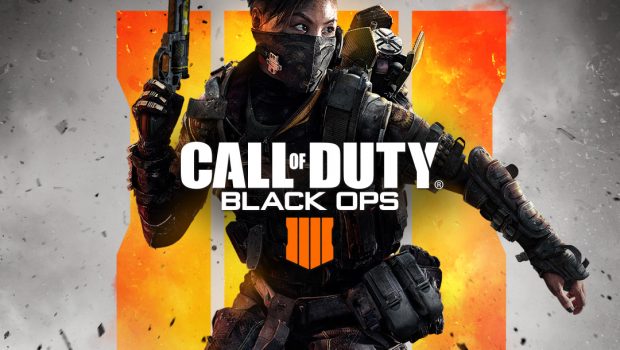 “Since launch, the response on Black Ops 4 from the PC community has been fantastic, and the game has continued to drive strong engagement with players,” said Rob Schonfeld, Senior Vice President, Global Digital and Mobile Commerce at Activision. “The Black Ops 4 Battle Edition is a great way to bring even more new players into the game and allow them to jump into the incredibly fun Multiplayer and Blackout modes which fans have loved so much since day one.”

The Black Ops 4 Battle Edition offers the full Multiplayer and Blackout experiences, and is compatible with all existing copies and online lobbies for those modes on PC.  For fans interested in getting their hands on even more, an upgrade to the Digital Standard Edition on PC – includes Zombies mode, 1,100 Call of Duty Points and Digital Edition bonus items – will also be available for purchase.

Call of Duty: Black Ops 4 Multiplayer features gritty, grounded combat in the most tactical, team-based experience in the Black Ops series. It features the return of the iconic Pick 10 system, along with a series of innovations in weapon controls, combat flow, health regeneration, and player movement. Black Ops 4 also features a combination of new and returning Specialists, each with their own unique equipment and playstyles, allowing players to not only be powerful alone, but devastating as a team working together.

Black Ops 4 also features Blackout, an all-new battle royale mode that brings together characters, locations, weapons and gear from across the series in all-out survival combat, all with Black Ops signature gameplay. Blackout features land, sea and air vehicles, and offers a variety of new and classic playable characters, including campaign characters such as Mason, Reznov and Woods; Zombies characters such as Richtofen and Takeo; and Specialists such as Crash, Battery and Seraph, to name a few. Across the sprawling Blackout map – the largest in Call of DutyÒ history – players will fight in locations inspired by fan-favourite maps like Nuketown, Firing Range, Raid, Cargo and more.

Call of Duty: Black Ops 4 Battle Edition is published by Activision and developed by Treyarch with additional PC development with Beenox. For the latest intel check out: www.callofduty.com, www.youtube.com/callofduty and follow @CallofDuty and @Treyarch on Twitter, Instagram and Facebook.  The game is rated MA15+ for Mature (Strong Supernatural Themes and Bloody Violence, Online Interactivity).