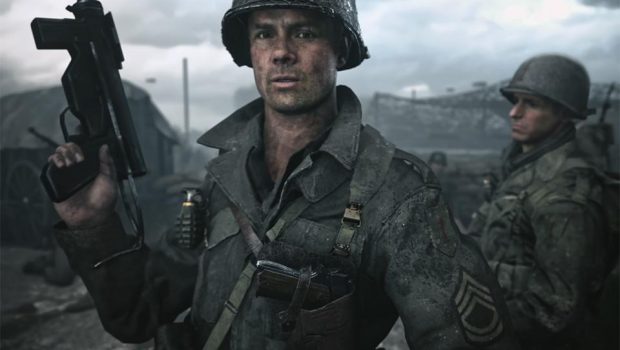 CALL OF DUTY: WWII SCORES OVER HALF A BILLION DOLLAR OPENING WEEKEND

On PlayStation®4, Call of Duty: WWII set a record as the best-selling digital full game by units sold on its first day of availability.  Overall unit sales at launch doubled year-over-year globally.

“We challenged our players to get their squads back together and they answered the call, with the highest number of players we’ve ever seen on current gen consoles and PC,” said Eric Hirshberg, CEO of Activision. “Call of Duty: WWII returns the franchise to its roots and the results are incredible, selling twice as many units in its opening weekend as last year, and setting the day one record for full-game downloads on PlayStation 4. Our $500 million opening weekend was not only bigger than Thor: Ragnarok‘s, it was bigger than the opening weekends of both Thor and Wonder Woman combined. And we’re committed to supporting the community with continuous improvements and new content.”

Call of Duty: WWII is rated R18+ for high impact violence, online interactivity and is now available for PlayStation®4, Xbox One X and Xbox One. For PC fans, the game is also now available on Steam.  The title is published by Activision Publishing, Inc., a wholly owned subsidiary of Activision Blizzard (Nasdaq: ATVI), and developed by Sledgehammer Games with additional development support from Raven Software.  For the latest intel, check out: www.callofduty.com, www.youtube.com/callofduty or follow @CallofDuty and @SHGames on Twitter, Instagram and Facebook.