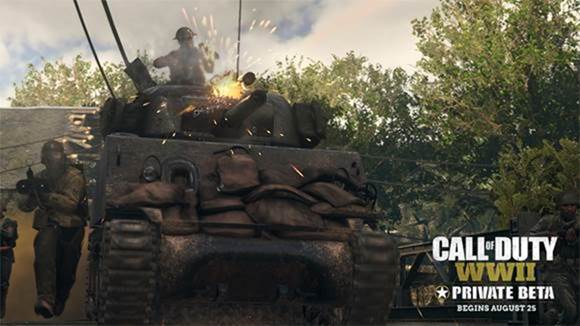 Be among the first in the world to get hands-on with Call of Duty®: WWII Multiplayer in the Private Beta, including brand new maps and Sledgehammer Games’ new War Mode experience. Enlist in all five Divisions and watch for new content throughout the Beta. Private Beta begins on August 26 first on PS4, and on September 2 for PS4 and Xbox One in ANZ.

Here’s an overview on what you should expect in the Private Multiplayer Beta:

Pre-order Call of Duty: WWII on disc or digital download and get Private Beta Access. Beta begins first on PlayStation® 4 on August 26, 2017 in ANZ: http://www.CallofDuty.com/beta

For more information, check out Activision’s latest blog post which delves deeper into the Beta and what to expect.