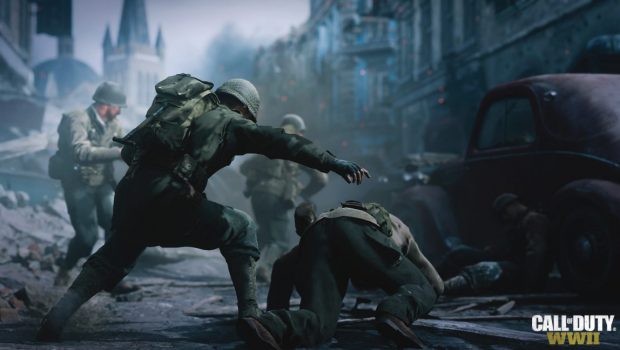 CALL OF DUTY: WWII AND DESTINY 2 ARE THE TWO TOP SELLING CONSOLE GAMES IN NORTH AMERICA BASED ON REVENUE

“Call of Duty: WWII is the #1 top grossing console game of the year in North America, and Destiny 2 is #2,” said Eric Hirshberg, CEO of Activision. “That means Call of Duty has been the #1 top grossing console gaming franchise in North America for a staggering nine years in a row, and worldwide eight out of the last nine years. Thank you to our players for your incredible passion and engagement. And thank you to our talented, committed teams all across the globe that make incredible results like this happen.”

Developed by Sledgehammer Games with support from Raven Software, Call of Duty: WWII is already the #1 top selling Call of Duty game on current generation consoles and is the biggest console digital launch in Activision Publishing history. Call of Duty has been the top-selling console franchise worldwide eight of the last nine years.

Based on units, Destiny 2 has outsold Destiny, hailed as the “biggest new video game IP launch in history” at the time. The highly-acclaimed sequel is the first Activision title launched on Battle.net, and is the biggest PC launch in Activision Publishing history. The game has earned more than 90 awards and nominations to date. Activision and Bungie also released the Destiny 2 Ghost Skill for Amazon Alexa, a first of its kind for games, allowing players to ask Alexa and Ghost to perform in-game tasks.

In 2017, Activision also released Crash Bandicoot N. Sane Trilogy, a remastered collection featuring one of the most iconic and famed personalities in video game history. Released in June and developed by Vicarious Visions, the remaster quickly became a fan favourite with gamers on its way to being the No. 1 top selling remastered collection in PS4 history.  The title has continued to remain among the top 10 selling PS4 titles in the US for the year, so far, in units. (ii)¹

The enthusiastic community response has been felt globally. Call of Duty: WWII has been named the UK Christmas No. 1 title for 2017 by Chart-Track. For four consecutive years, Call of Duty titles have held this honour. Further, Call of Duty: WWII has held the mantle of No. 1 selling title in the UK according to Chart-Track for seven consecutive weeks, since its launch. Crash Bandicoot N. Sane Trilogy spent a total of seven weeks also at No. 1 earlier this year.