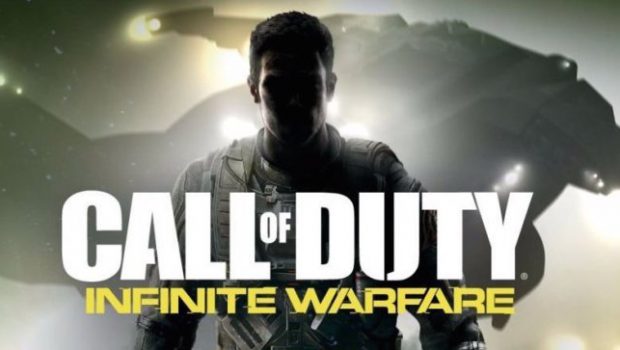 September 3, 2016 – Call of Duty® XP is now open.  The sold-out Call of Duty® fan celebration kicked-off yesterday with a global briefing featuring the world premiere of Call of Duty®: Infinite Warfare multiplayer trailer, followed by the announcement that Activision will release a Call of Duty: Infinite Warfare multiplayer beta starting October 14th, first on PlayStation®4.  Fans who pre-order the game on PlayStation®4 will get first access to the Beta*, further details to be announced shortly. Activision also shared that all 16 of the original multiplayer maps will be coming to Call of Duty®: Modern Warfare® Remastered, the previously announced 10 maps at launch, and the additional six from the hit original will be made available in December at no additional cost**.

“There’s a ton of excitement here at Call of Duty XP.  This is a once-in-a-lifetime experience for Call of Duty fans to celebrate and enjoy everything this franchise has to offer,” said Rob Kostich, EVP and GM, Call of Duty, Activision. “We’re continuing the momentum from XP next month as fans around the world will be able to join us online to play in the Call of Duty: Infinite Warfare multiplayer beta, which will give fans a chance to play multiplayer early and will help us to further polish the MP experience as we head into launch.”

The epic fan-celebration started with the global briefing, which featured the world premiere of Call of Duty: Infinite Warfare’s highly-anticipated multiplayer mode, as well as Call of Duty: Modern Warfare Remastered and new content for Call of Duty®: Black Ops III. The presentation was streamed live in HD on www.twitch.tv/callofduty, www.youtube.com/callofduty, www.callofduty.com and www.MLG.tv/callofdutyxp and will be available on VOD later this weekend.

Added Kostich, “The Jackal Assault is a cool, fun extension that’s inspired by Infinite Warfare.  We’re excited to not only share this experience with Call of Duty XP fans this weekend, but give it for free to all Infinite Warfare PS4 players later this year.”

Call of Duty XP represents the biggest celebration of the largest console gaming franchise in the world; and is hosted by Activision Publishing, Inc., a wholly owned subsidiary of Activision Blizzard, Inc. (Nasdaq: ATVI).  The event takes place at The Forum in Inglewood, Calif., today through September 4.

Inside, the arena is filled with fans eager to cheer on their favorite teams in the Call of Duty® World League Championship, presented by PlayStation®4, as teams attempt to survive four days of intense competition playing Black Ops III, and vie for their share of the $2 million prize pool, the biggest prize purse in Call of Duty history.

For fans who can’t attend Call of Duty XP in person, select events from the celebration, as well as the Call of Duty World League Championship, Presented by PlayStation®4, will be livestreamed in HD on Twitch at www.twitch.tv/callofduty, on YouTube at www.youtube.com/callofduty, and www.callofduty.com. CWL fans can also watch all the esports action on MLG.TV and in-game (Black Ops III PS4™) through the Live Event Viewer.