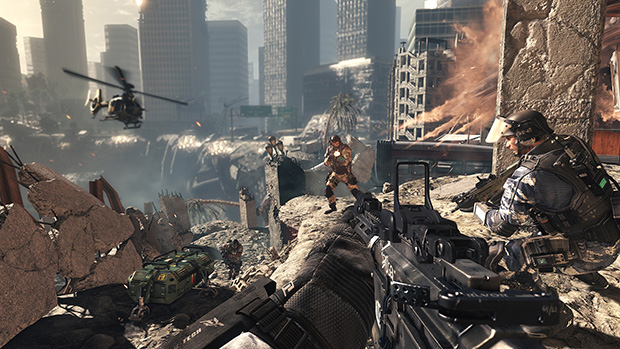 Further to the global announcement of the second annual Call of Duty Championship, presented by Xbox, teams in Australia and New Zealand (ANZ) will compete in the Qualification series, in a quest to make the ANZ Regional Final on March 1st at Carriageworks in Sydney.  The competition run by Major League gaming (MLG) and Australian Cyber League (ACL Pro) will see two finalists represent the region against the world’s best Call of Duty players in Hollywood on March 28-30th, 2014.

The region’s top eight teams are competing for a local prize pool of $15,000 and two spots to compete on the world stage for the opportunity to win from a prize pool of $1,000,000 and be crowned World Champions. The two winning teams will be joined by 30 of the world’s best including teams from North America, Europe, Asia and Brazil.

The live final in Sydney will be hosted by an all-star casting line-up of Ryan ‘Fwiz’ Wyatt (Head of Machinima eSports and professional Call of Duty Caster), Chris ‘Puckett’ Puckett (VP of Programming at MLG and professional Gaming commentator) and home-grown talent Dallas ‘Bio Acid’ O’Donnell.

With these seasoned shoutcasters attending, the Call of Duty Championship is set to be one of the most exciting eSports events in Australia and New Zealand in 2014.

This is your opportunity to watch eight of the best Call of Duty teams in our region go head to head in a double elimination bracket.   Free passes for the March 1, ANZ Regional finals are very limited, so RSVP for the event here:  http://cod2014.aclpro.com.au/anz-live-final/

The event will also be live streamed via http://www.mlg.tv/ACL

NB: This is strictly a 15+ event only. IDs will be checked. Only successful RSVP’s will be admitted.