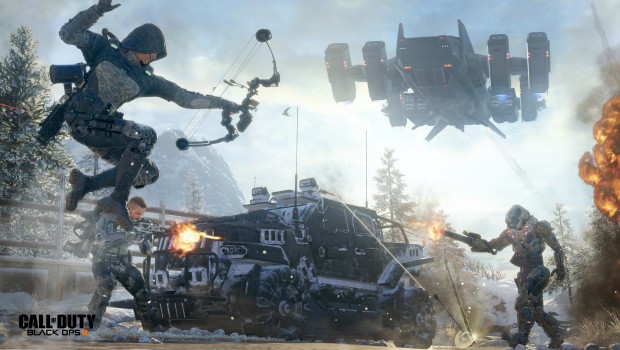 When I first saw footage of the Call of Duty: Black Ops III multiplayer beta, I was somewhat dubious about the concept of specialists. For my mind, it seemed like giving players even semi-defined characters compromised the concept of Call of Duty’s multiplayer modes and brought it closer to the team-based battle arena-esque shooters like Team Fortress 2, Dirty Bomb, or the upcoming Overwatch. What was the point in changing up a formula which has allowed the Call of Duty series to become synonymous with videogames—especially in a way that brings them closer in line with competitors?

Having now played the multiplayer mode—however briefly—I can safely say that those fears are allayed. Black Ops III is still exactly what you’d expect in a multiplayer Call of Duty experience. Each of the nine specialists has two different abilities, with only one selectable before each match; this offers up to eighteen different combinations and can add some variety and flexibility to a match. Unlike weapon loadouts, these are not changeable mid-match, so choose wisely. I didn’t find that these specialist classes drastically impacted the way the game was played, which can be read as either a criticism or compliment depending on how attached you are to the Call of Duty multiplayer formula, but I found it largely unobtrusive. 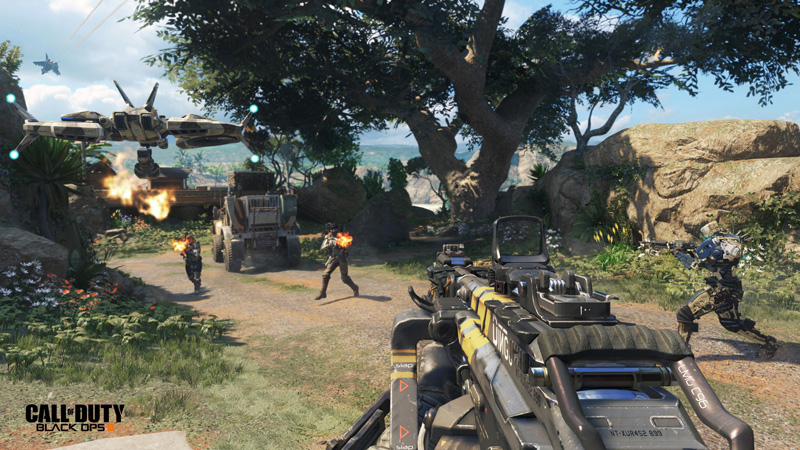 The jetpack introduced in Advanced Warfare returns and brings with it wall-running, which adds more dynamic, absolutely necessary vertical and horizontal movement options. Unfortunately, the fancy new movement lacks the reliability and satisfaction present in Titanfall, but counters that fact by having more than ten people playing it. Where the vertically and new movement really shined was during the map ‘Hunted’, which allows players to swim in a small river. Swimming up river, then underneath the waterfall, allows you to get behind enemies in the cave that is otherwise a narrow chokepoint. From there, you can jetpack up, destroy them, and then pop back into the river for a smooth getaway.

We only had time to play two game modes: Hardpoint, a moving king of the hill type mode; and Kill Confirmed, a slight twist on a regular deathmatch mode where you must collect dog tags to secure the points from kills. Neither mode is new, but both are satisfying. Each round goes quickly, which does make the experience feel incredibly brief, but this is definitely a positive for those who like to play a lot of varying matches in a short space of time.

It was an odd experience for me. Call of Duty multiplayer relies significantly on twitch reflexes—at which I am not bad but certainly do not excel—but Black Ops III felt immediately natural and intuitive. While I cannot determine every minute change from the previous entry in the series, this much is clear: Call of Duty Black Ops III multiplayer is exactly what you’d expect and yet somehow, intangibly different. Regardless, we can expect to see it succeed.