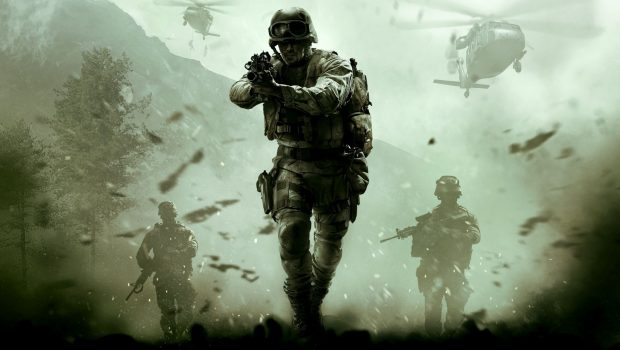 Summary: I think it’s safe to say that this is really the new standard for bringing revered classics up to snuff for the current generation.

Return of the King!

PlayStation 4 owners who pre-purchased Activision’s upcoming Infinite Warfare Legacy Edition were granted thirty-day early access to the single-player portion of Modern Warfare Remastered; currently the only way to experience the remaster, once the exclusivity period ends players will need to either have the digital edition of the game on their system or the physical Infinite Warfare disc inserted in order for Modern Warfare Remastered to be accessible. 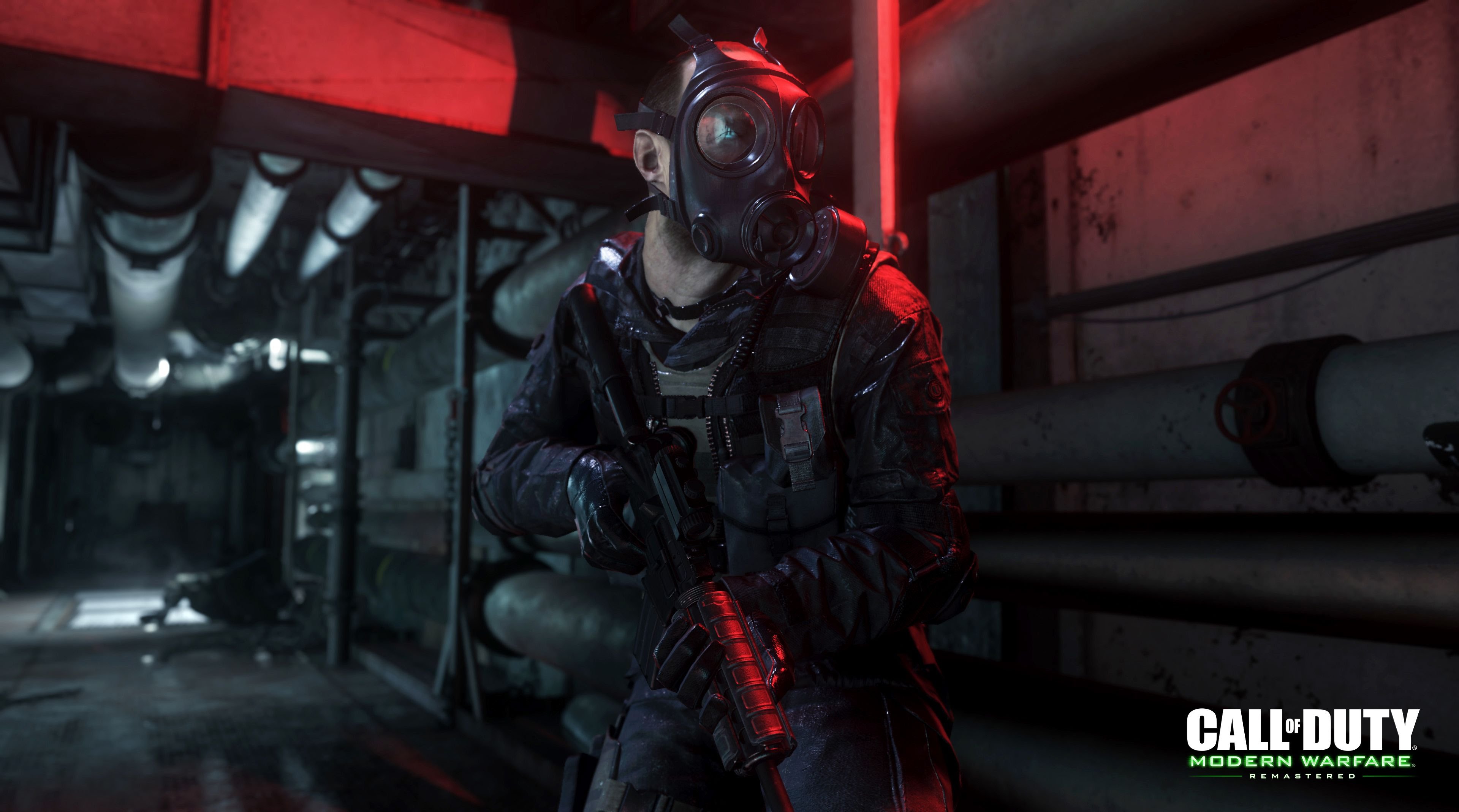 The question remains though – How much care and attention has been afforded to Raven’s remastering efforts for Modern Warfare’s genre defining campaign, and is this a respectful take on a classic title or just another cheaply ported cash grab squirted out to serve as an incentive for reticent fans to pick up Infinite Warfare over its contemporaries?

Back in 2008, which almost feels like another lifetime ago now, I bunked off of work and picked up an Xbox 360 and Grand Theft Auto IV, Bioshock and a copy of Call of Duty 4: Modern Warfare.

Getting home with that hot little item in my hands, I didn’t realise at the time just how profound an effect that Infinity’s Ward’s spectacular shooter would have on my gaming experience, most prominent amongst which was serving as my introduction to competitive online multiplayer. 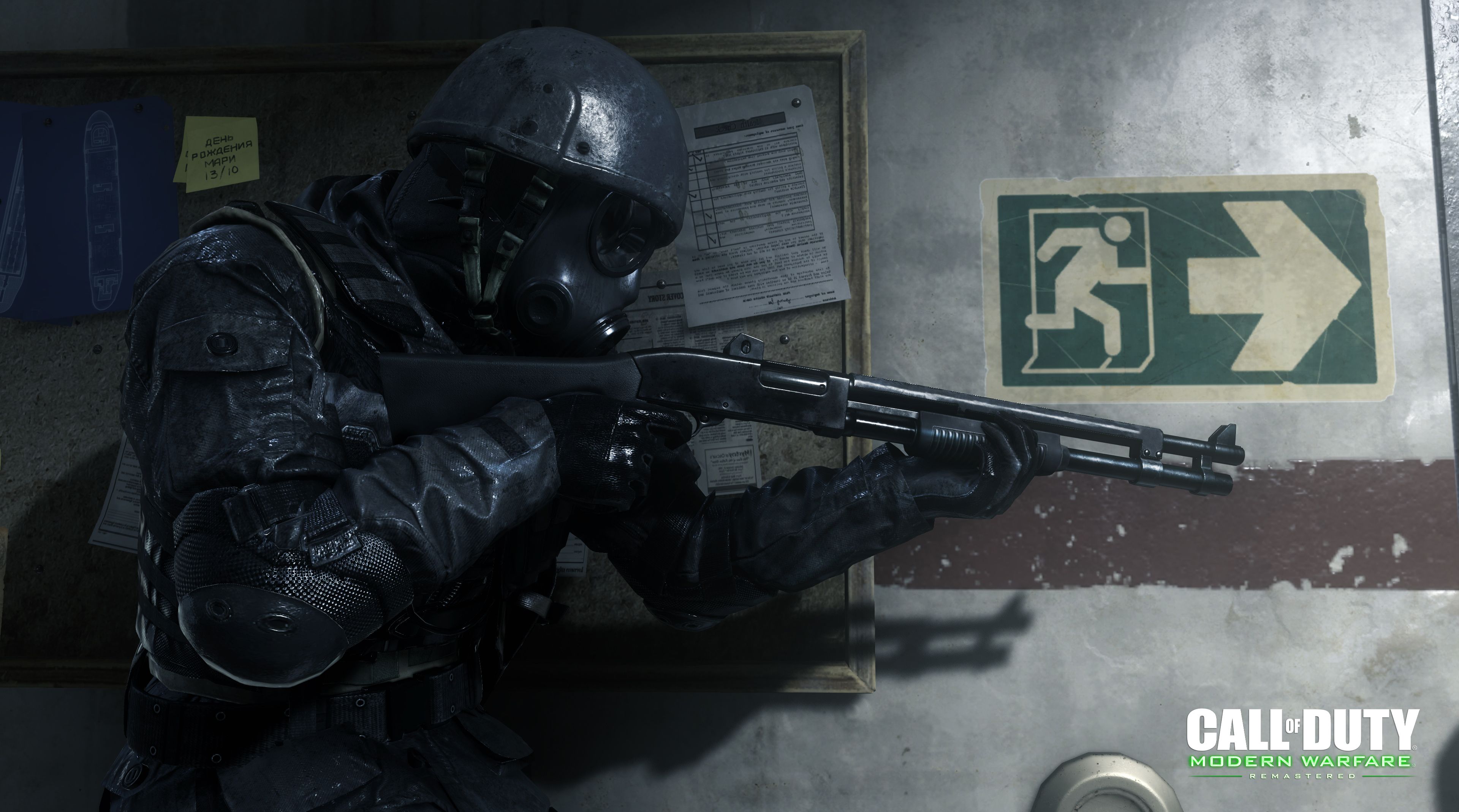 Now, before I go any further with this review, let me be completely straight– Modern Warfare is easily my favourite entry in the Call of Duty series and, until Black Ops III, was the last FPS that I poured some serious time into.

I’d played Finest Hour on PS2 but Modern Warfare sucked me into the series like no shooter has before or since, particularly in terms of the online multiplayer; it’s just a shame that the diminishing returns of the later entries in the franchise and the concerted shift from the formula of the modern day shooter grounded in realism to the hyper-kinetic, futuristic Michael Bay-esque blockbuster failed, in my personal opinion, to effectively recapture the magic of the first Modern Warfare title. 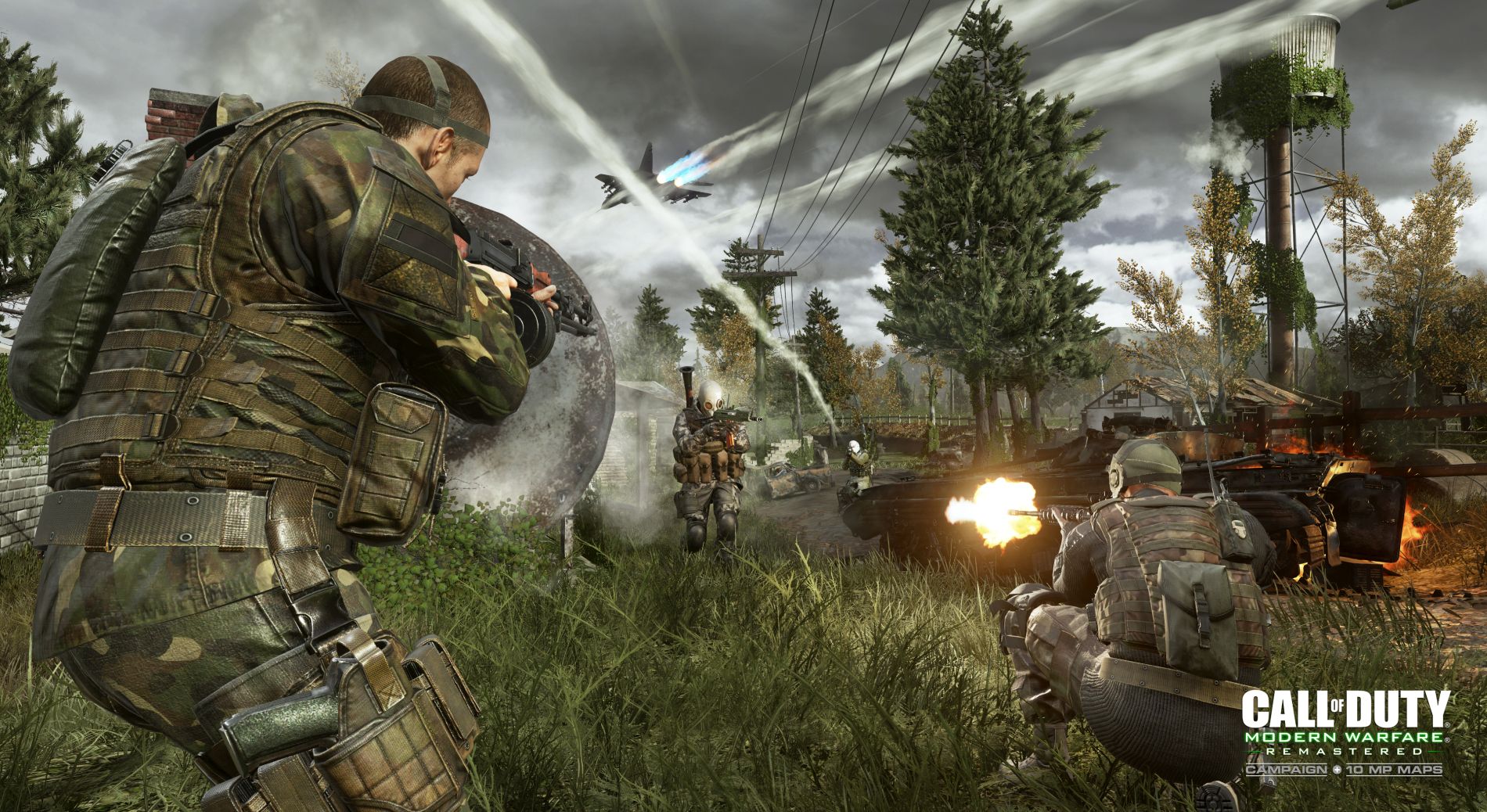 One thing that I realised almost instantly when playing through this remaster is that the memory can be a very tricky thing. Initially I was a little underwhelmed with the amount of polish that had been applied to the game, as besides being noticeably sharper and with more detailed character models, it looked extremely similar to how I remembered it looking in my mind’s eye.

It was only when I decided to break out my dusty old 360 copy of the game for comparison purposes that the true extent of Raven’s efforts became clear; in fact, I’d even go so far to say that the game should be more accurately described as an almost complete remake of CoD 4 rather than the mere remaster suggested by the title, so extensive and accomplished is its revival for current gen. 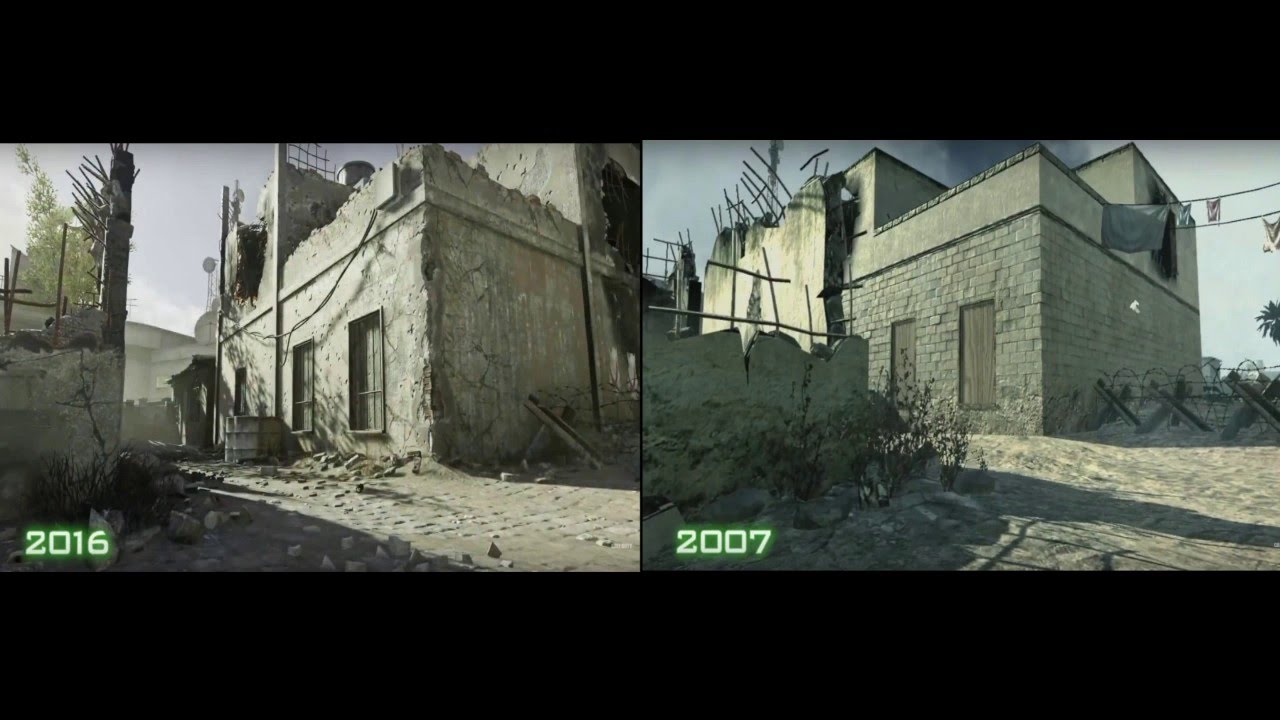 Call of Duty: Modern Warfare Remastered masterfully balances upgrading the game to better suit current standards both visually and mechanically with maintaining that the game still feels comfortable and familiar to returning players.

From the instant I stepped back into the shoes of “Soap” McTavish and steeled myself to try and beat Infinity Ward’s best time on the cargo ship mock-up, everything felt exactly as it should. The controls are still the best in the business and benefit from being free from the clutter of boost jumps and wall-running that bogged down the more recent entries. 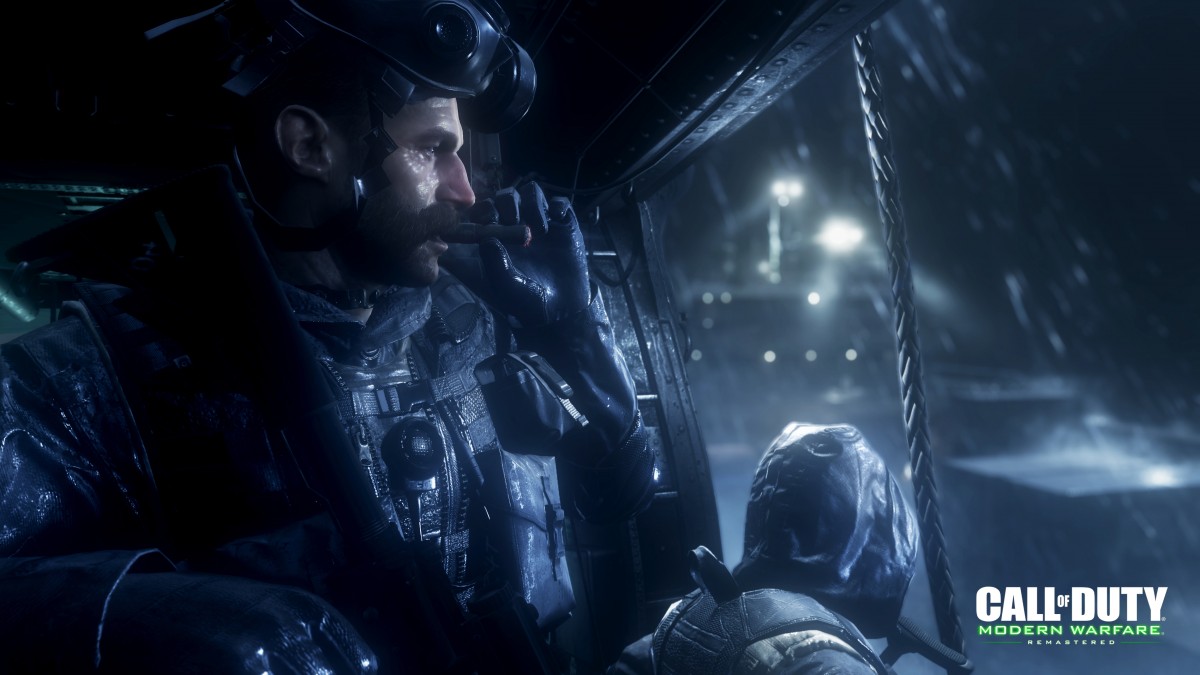 Although retaining the purity of the gameplay was obviously first and foremost amongst the minds at Raven, they also weren’t afraid to put their own stamp on the game, whether it is by adding your teammates in their throes of death during THAT iconic moment or by simply adding two new training areas to the beginning of the game to accommodate younger players weaned on the futuristic shenanigans of the later games.

One minor issue that I’ve encountered so far is certain trophies won’t pop despite fulfilling the necessary requirements; so far I’ve encountered this with the “Kill 3 foes in a row with your knife” trophy as well as the one that tasks you with shooting rappelling soldier, so hopefully this is addressed before the game is officially launched. 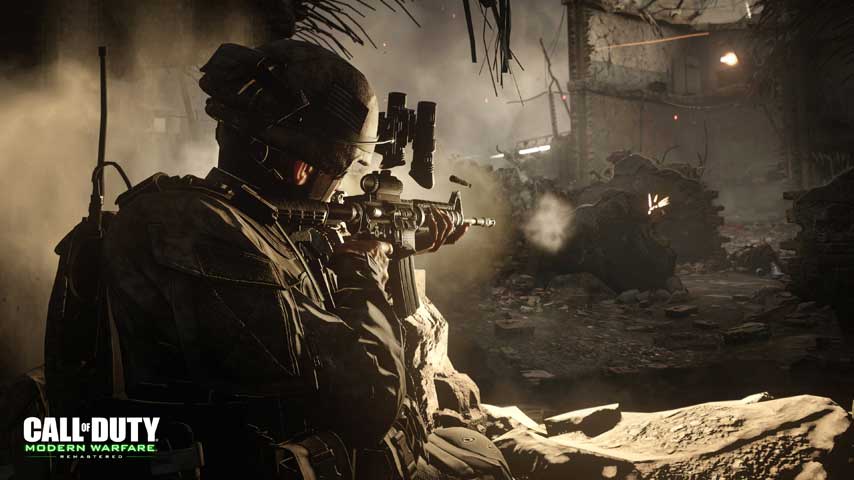 As mentioned above, it really stands as a testament to Raven’s work that when playing Modern Warfare Remastered it almost feels like the game hasn’t had that much of a graphical overhaul until you remove the rose-tinted glasses and take a look at some comparison shots. You then realise that Modern Warfare finally looks as it always should have looked and the pieces that your mind filled in due to the limitations of the engine nearly ten years ago are now subtly added to the game itself to make for what is unquestionably the definitive version of Modern Warfare.

Character models have had the expected overhaul and now move more fluidly but it’s the environment and the lighting that has had the most attention paid to it. There’s a depth of field present that the original game lacked and explosions and weather effects are among some of the most impressive I’ve seen, even this generation. Little details like the scuff marks and added features to the cargo ship mock-up floor go almost unnoticed but serve to increase the immersion exponentially. 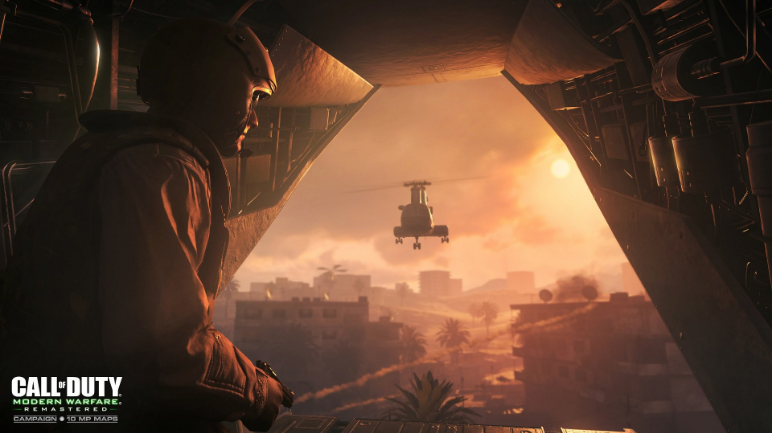 Modern Warfare Remastered uses the original voice acting, which can be a little ropey at times when compared to current VA standards, but for the most part it holds up just as well as the rest of the game. Audio mixing can be a little off, however, with moments where the dialogue is drowned out by the sound effects occurring more often than I would have liked.

The rest of the audio effects have been reworked to provide more dynamic range and add more weight to the sounds of explosions and gunfire, with the satisfying click of your weapon reloading even being filtered through the Dualshock 4 controller, which is a nice touch. 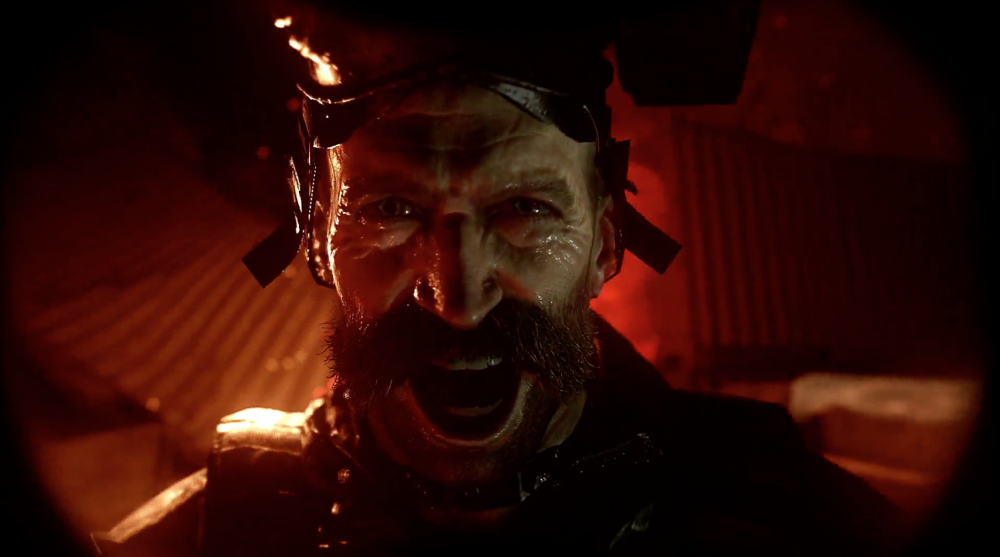 To comprehensively list all of the gameplay tweaks and graphical upgrades would take up far too much of this review; suffice it to say, I regard Modern Warfare Remastered to occupy the realm of complete remake more than being a simple remaster.

It remains to be seen how well the multiplayer component will perform, but personally I think it’s safe to say that this is really the new standard for bringing revered classics up to snuff for the current generation.

It’s just a shame that it’s locked behind a legacy edition for another title rather than being offered as a standalone purchase, meaning that a portion of the potential fanbase may never have the opportunity to play through this pinnacle of the FPS genre. 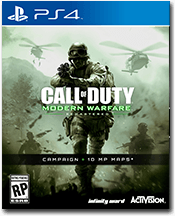