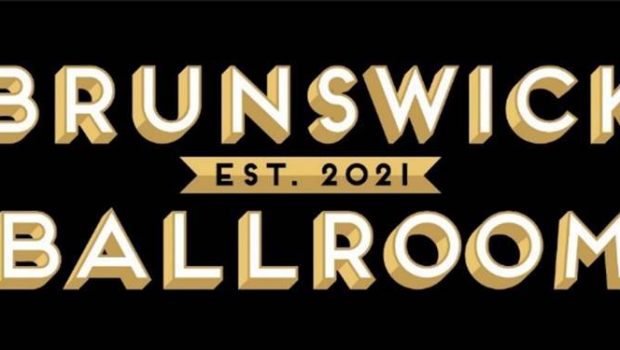 CABARET AT THE BALLROOM

Melbourne’s hottest performance venue, the BRUNSWICK BALLROOM has hosted an incredible roll call of legendary musicians as well as a program of hilarious shows as part of this year’s Melbourne International Comedy Festival.  As showcased in the Brunswick Ballroom Opening Gala, we are putting cabaret front and centre on our stage bringing audiences the very best of Australia’s cabaret scene.

Joining the line-up of CABARET AT THE BALLROOM kicking off in June, is Queenie Van de Zandt in BLUE: The Songs of Joni Mitchell and in July, Ash Flanders is Nothing and Lucy Maunder sings Irving Berlin: Songs in the Key of Black. Tickets are on sale now at www.brunswickballroom.com.au

Queenie van de Zandt is one of Australia’s leading ladies of musical theatre and cabaret, renowned for her incredible versatility as a performer. BLUE: The Songs of Joni Mitchell, is a beguiling night of melancholic songs, poetic storytelling and haunting vocals in which van de Zandt explores the songs, stories and art of Joni Mitchell, alongside a live band.

“I’m so excited to be bringing my show, BLUE: The Songs of Joni Mitchell, to the BRUNSWICK BALLROOM! I’ve been on the mailing list of the BB since it opened and have been in awe of the incredible line up of music, comedy and cabaret that have already graced its stage. I thrilled to be added to that line up and to play the hottest new venue in town” said Queenie van de Zandt.

Multi award-winning writer and performer Ash Flanders is no stranger to the BRUNSWICK BALLROOM having wowed audiences at the Opening Gala in early March.  Ash Flanders is Nothing mixes storytelling with song and comedy with tragedy, taking you on a profoundly funny freewheeling time-traveling journey like no other. Because when life is this gleefully punishing, the material just writes itself.

Ash Flanders says of his upcoming performances, “After burning the stage to the ground at the Opening Gala, the BRUNSWICK BALLROOM practically begged me to return with a new show, but when negotiations turned nasty they insisted on picking the title. So I guess I’ll see you at ‘Ash Flanders is Nothing’!”

Lucy Maunder has cemented her reputation as one of Australia’s most versatile and captivating performers  touring the country and the world in many critically acclaimed productions.  In Lucy Maunder sings Irving Berlin: Songs in the Key of Black the shadowy alleys and darkest dive saloons of Old New York City will be born again across two nights in July, as the decadence and danger of last century’s greatest song writer Irving Berlin are unplugged and rebooted.

Lucy Maunder said, “I was lucky enough to be at the opening gala for the BRUNSWICK BALLROOM just as Melbourne was coming out of post pandemic nightmare and immediately fell in love with the room and the space. As I was sitting there, I thought I would love to bring Songs In The Key Of Black here. It perfectly suits the vibe of the show and I’m thrilled to perform it again. It’s timeless music and I think this venue is perfect for it.”

Neil Gooding, producer of BLUE: The Songs of Joni Mitchell and Songs in the Key of Black says, “A new venue is always an exciting event for our industry. But to have one as beautifully set up as the BRUNSWICK BALLROOM, which has almost become a fixture overnight is a rare achievement. I am so thrilled to have found a new home to present two of my favourite performers in two of my favourite shows – Both have performed extensively all over Australia, so it is a delight to finally be able to bring them back to Melbourne audiences.

Melbourne’s most dynamic and exciting performance venue the BRUNSWICK BALLROOM offers patrons the chance to experience music, cabaret and comedy alongside wonderful food and wine. The cabaret line up at the venue is curated by theatrical producer Liza McLean from Tinderbox Productions. McLean says of the Cabaret at the Ballroom program, “BRUNSWICK BALLROOM is a brilliant new venue in the heart of arguably one of Melbourne’s most thriving artistic communities, it is a pleasure to be curating the Cabaret and Theatre events at this magnificent venue and we hope audiences enjoy their first taste of what’s to come.”

CABARET AT THE BALLROOM

BLUE: THE SONGS OF JONI MITCHELL

SONGS IN THE KEY OF BLACK