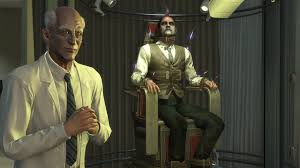 Sydney, AUSTRALIA – October 9, 2013 – 2K and 2K Marin, makers of BioShock® 2, announced today that Hangar 6 R&D, the add-on content pack for The Bureau: XCOM Declassified is available for download today worldwide for the Xbox 360 games and entertainment system from Microsoft for AU$4.95/NZ$6.65 on Xbox Live. Set prior to the events of The Bureau, players take control of new protagonist Agent Nico DaSilva and his squad as they volunteer for a series of secret psycho-medical experiments to save a fellow Bureau agent infected with the “Sleepwalker” pathogen.

Hangar 6 R&D creates skin-of-your-teeth moments that challenge players’ mastery of The Bureau’s core tactical gameplay. The story-driven add-on content further explores the fascinating 1960s Cold War vibe by transporting players to an all-new clandestine location known only by Bureau agents as Hangar 6. Along with high-level squad mates and rich XP rewards, players now have access to even more dangerous weapons, such as the AK-47, and the prototype Microwave Gun that cooks enemies from the inside out. Agent DaSilva also has a new series of powers and perks based on his “plant and trigger” bomb abilities that allow players to better utilize the game’s most complex squad tactics.

The Bureau: XCOM Declassified is rated MA15+ in Australia and R16 in New Zealand and is available now for Xbox 360, PlayStation®3 computer entertainment system, and Windows PC. For more information on The Bureau: XCOM Declassified, subscribe on YouTube, become a fan on Facebook, follow 2K on Twitter and visit the official web site at http://erasethetruth.com. To watch a live action video series based on The Bureau, visit the official YouTube playlist.