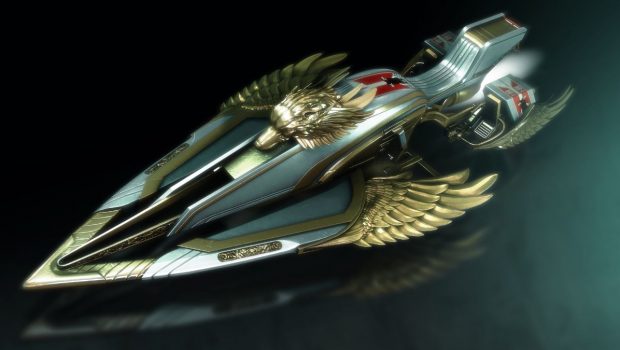 Today, during a special showcase event, Bungie announced the next chapter in the Destiny 2 universe with the worldwide reveal of its next expansion – Destiny 2: The Witch Queen – which launches on February 23, 2022 AEDT. In addition to the expansion, Bungie unveiled the first details of the studio’s upcoming 30th Anniversary celebration, which begins in Destiny 2 this December, and offered a first look at the next Destiny 2 Season – Season of the Lost – which starts today.

Finally, today’s showcase showed off details of Season of the Lost, which launches today and acts as the narrative precursor to the events of The Witch Queen, featuring new activities, a new Exotic quest, and much more. Coinciding with the launch of Season of the Lost, players will be able to take advantage of Destiny 2’s new Cross Play feature, uniting Guardians to take on challenges together across platforms.

Both The Witch Queen expansion and the Bungie 30th Anniversary Pack for Destiny 2 are available for pre-order starting today. Season of the Lost also launches today in Destiny 2.

For years Savathûn’s schemes have unfolded, as she has assumed the identities of trusted allies and woven a web of lies that has spanned the galaxy. With the upcoming launch of Destiny 2: The Witch Queen, Guardians will learn the truth behind her infernal plans and face a challenge unlike any they’ve encountered before: enemies who are infused with the very Light that Guardians hold dear.

Weapons and Crafting: With the new weapon crafting feature, for the first time in Destiny’s history players will be able to forge weapons, complete with unique combinations of mods, shaders, and advanced stats. Guardians will also wield a new weapon type – the Glaive, Destiny’s introduction to a 1st-person melee weapon, which will be capable of powerful melee attacks, mid-range blasts, and shielding its wielder.

The Throne World: A twisted wonderland of corruption and splendor, Savathûn’s Throne World plays host to a fragile balance of terrifying power. Guardians will explore this brand-new destination and uncover the mysteries that reside in both the Darkness and the Light.

Lucent Brood: Aim down sights at enemies who are infused with Light – the same Light that powers Guardians – complete with sinister abilities at once familiar and terrifying.

New Activities: The Witch Queen brings new challenges, including a new six-player matchmade activity, a new raid set in the heart of a sunken Pyramid ship, and more.

Players can pre-order Destiny 2: The Witch Queen now to get instant access to a special Exotic Ghost Shell, Legendary emblem, and bonus items. Digital Deluxe owners also receive instant access to the new Exotic Enigma emote. Pre-orders for Destiny 2: The Witch Queen are available now on Steam, Xbox Series X|S and Xbox One via the Microsoft Store, and the PlayStation Store.

For Guardians who want the ultimate Destiny 2: The Witch Queen experience. This edition includes a digital code for The Witch Queen Deluxe Edition and a code for the Bungie 30th Anniversary Pack.

With 30 years of history creating worlds that inspire friendship, Bungie will be celebrating three decades of amazing games this December in Destiny 2. In addition to new activities available for free to all Destiny 2 players, players will also be able to experience exclusive content as part of the Destiny 2: Bungie 30th Anniversary Pack, including a new dungeon, new weapons, armor, ornaments, and more.

A New Dungeon: Inspired by famed Cosmodrome loot caves of yore, this new Dungeon will see Guardians spelunk into the unknown, earn the new Thorn armour set, and hunt for lost relics.

Gjallarhorn Returns: The beloved weapon makes its debut in Destiny 2! Unlock the classic Exotic Rocket Launcher, then charge its catalyst for maximum firepower.

Iconic Gear: Celebrate the past with gear for the future. Weapons, armor, ornaments, emotes, Sparrows, Ghost Shells, and more, representing 30 years of Bungie, a legendary community, and a birthday party that could only happen in Destiny.

Destiny 2: Season of the Lost

After a prolonged absence, Mara Sov, Queen of the Awoken, has finally returned to the Dreaming City. And although her return is unexpected, her intention is clear: to seek an audience with Savathûn, the Witch Queen. So begins the next chapter in Destiny 2’s ongoing narrative, as forces converge, unlikely partnerships are formed, and mysteries deepen.

Season of the Lost begins today, offering players new adventures to take part in, new activities to try, and more.

Astral Alignment and Shattered Realm: Breathe life into slumbering Awoken technology and triumph over those who fear the Light in Astral Alignment, a six-player matchmade activity. Align the ley-line network and then Wayfind through the Shattered Realm in search of Mara Sov’s lost tech witches. Rescue them and use the power they bestow to see this mysterious landscape with new eyes – to reach the unreachable.

New Exotic Quest: A weapon of great power, locked away by Mara Sov for her brother, Uldren. The hands that hold Ager’s Scepter hold the keys to areas of the Shattered Realm previously barred. Untangle the layers of Awoken security and reach the Exotic weapon before it falls into the wrong hands.

Cross Play Is Here: Play with and against your fellow Guardians across the solar system, regardless of platform.