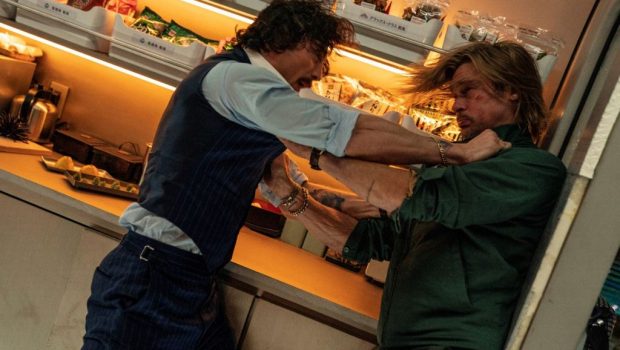 Set in present-day Japan, Bullet Train tells the story of a contract killer under the codename Ladybug (Brad Pitt). He is an emotionally compromised man who is fed up with his job over the numerous killings he is tasked to do and the countless situations he falls into due to his self‑proclaimed bad luck. After numerous therapy sessions, he is called back into the field by his handler under the codename Maria Beetle (Sandra Bullock, in a small role).

The job sounds simple enough: a snatch-and-grab operation to grab a briefcase stuffed in a compartment on a bullet train and exit as soon as the train reaches the next stop. Little does Ladybug know that his bad luck is not done with him as he falls in a bad situation between a rock and a hard place, which involves various assassins, a ransom, double-crossings, and infinite misunderstandings.

Bullet Train is the latest film from filmmaker David Leitch. Formerly known for his work as a stuntman, he has progressed as a filmmaker due to the success of the John Wick action franchise. Since then, he has founded a production company with his partner Kelly McCormick called 87North and has produced many films, including Atomic Blonde (2017), Deadpool 2 (2018), and Fast and Furious Presents: Hobbs and Shaw (2019).

His latest work follows his formula of mixing clear-cut action with self-referential comedy whilst being presented in a veneer of neon lights, cultural appropriation, and shuffling timeframes. However, even with Leitch at the helm and an acclaimed source material (Maria Beetle by Kotaro Isaka) as the foundation, the formula is really starting to wear thin.

As evident as it was early on in Atomic Blonde, Leitch has very little assured handling on how to tell a story. With all the stakes inherent in the story, including action and comedy, escalation is key. However, the story is so needlessly convoluted it becomes distracting. The shuffling timeframes and comedic timing of the set pieces are jarring and ruin any chance of momentum. The major example involves a cutaway scene involving a water bottle that is established in the film’s climax. A talented filmmaker would make the foreshadowing of said plot device standout more to make the scene impactful. Unfortunately, it becomes off-putting and pulls you out of the film.

What makes it worse is the handling of the comedy, which the film intends to showcase. Understandably, excess is the name of the game in Bullet Train as Leitch and co. undertake the kitchen sink approach. Yet, as with all films, one of the main foundations of cinematic storytelling is timing. The material on display (courtesy of screenwriter Zac Olkewicz) consists of repetitions of characters being self-aware (of the life-and-death situations as well as the settings and the plot itself) and blatant jokes about trains. There is only so much self-referentiality one can take to the point that it comes across as patronising as if the filmmakers are above the material and the audience. 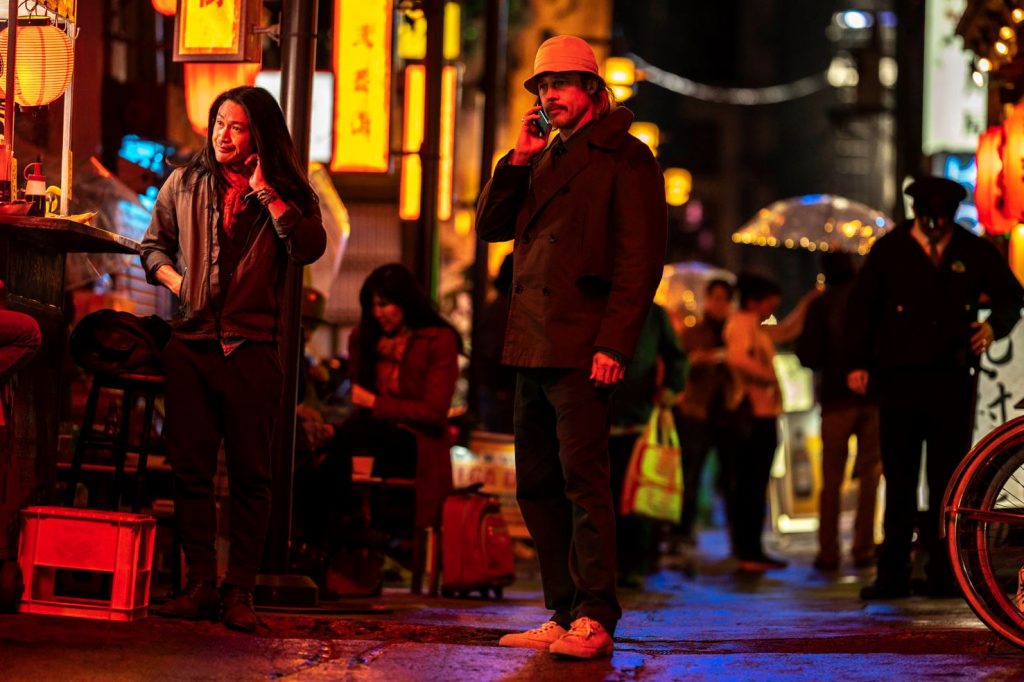 Speaking of patronising, it is quite sad that even with all the progress Hollywood has gained over representation of people of colour, Bullet Train resorts to dated stereotypes and portrayals in terms of its Japanese characters. With only roles of men bound by honour and people of servitude — that is adapted from a story wholly populated by Japanese characters, mind you – for talents such as Hiroyuki Sanada, Andrew Koji, Karen Fukuhara, Masi Oka, and others, it is such a missed opportunity for the filmmakers to develop what is clearly an encompassing story.

That said, the ensemble cast almost take the script and make a silk purse out of a pig’s ear due to their enthusiasm and comedic timing/delivery. Brad Pitt is engagingly loose here as Ladybug as he smoothly handles the prop-informed fight choreography and the character-based comedic dialogue well. Joey King is fun as the duplicitous “victim” of the train, as she plays around with loyalties in the chess board. The pairing of Brian Tyree Henry and Aaron Taylor-Johnson transcends the trite material – will they ever shut up about Thomas the Tank Engine? – thanks to their well-established chemistry and their combative and acerbic interplay. The numerous cameos range are quite amusing (even if half of the cameos are spoiled in the trailers) and the fight choreography is well-done in its clarity and ingenious use of props and settings. One scene with Pitt and Henry involving the use of silence, laptops, and the lack of discharging a gun provides ample mirth.

Bullet Train is a mixed bag of wasted potential and unrealised promises. The inspired premise and the game ensemble cast holds lots of opportunities to make a wholly enjoyable film. However, the undisciplined filmmaking and shoddy script brings the film to a complete stop.