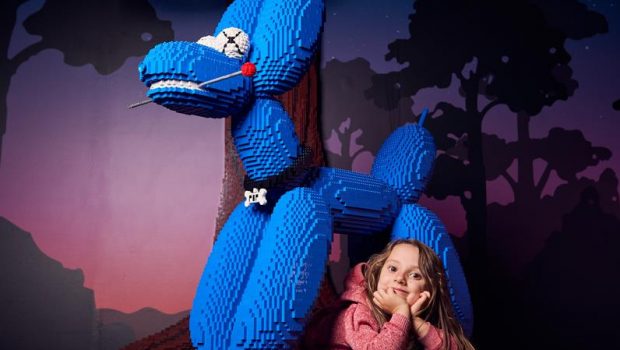 BUILD UP A STORM WITH BRICKTIONARY: THE INTERACTIVE LEGO® EXHIBITION OPENING TOMORROW AT MELBOURNE MUSEUM

Build a super strong LEGO® brick model to survive an earthquake, design your own legendary LEGO® brick robot and basically live your best LEGO® life at Bricktionary: The Interactive Exhibition, on until January 29, 2023 at Melbourne Museum.

Packed with over 150 models from Ryan ‘The Brickman’ McNaught’s best-selling book, The Bricktionary: The Ultimate A-Z of LEGO®, including models from TV’s LEGO Masters Australia and never-seen-before creations, Bricktionary: The Interactive Exhibition opens tomorrow at Melbourne Museum for LEGO®-lovers of all ages.

The exhibition boasts six interactive build zones, giving everyone the chance to become a master builder. Visitors can create their very own LEGO® brick model, learn about how to make LEGO® builds stronger and test their skills against the Earthquake machine.

Prepare for the robot revolution: take inspiration from Brickman’s 2.4m tall Mech and design a LEGO® brick robot, whether it’s a super-fast police robot, or a robot to tidy up all the LEGO®. With thousands of LEGO® parts, the only limit is a LEGO®-lovers imagination.

Ryan ‘The Brickman’ McNaught says, “Our latest book bricktionary is a true A-Z of cool LEGO® models and most importantly ideas, and as such there no better way to inspire the builders of tomorrow by showing them in person, and of course them getting their hands dirty with the millions of bricks we have for them to build with too.”

As part of the Bricktionary exhibition, Brickman gave all the builders in his team the chance to build a model of anything they could dream of, showcasing both their skill and passion. From anime to animals, fashion to fantasy and tabletop games to TV shows, there will be something in this LEGO® menagerie to inspire everyone to grab their bricks and get building.

Lynley Crosswell, CEO and Director, Museum Victoria says, “Melbourne Museum has always been a place for families to play, learn and explore their creativity, which is why we are thrilled to launch this interactive LEGO® brick experience. We look forward to welcoming families through our doors to experience the wonder of Bricktionary, and while here, say ‘hi’ to Horridus and book a ticket to experience the wonder of Tyama”

Bricktionary: The Interactive Exhibition is designed as an interactive LEGO® brick experience, offering a fun-filled journey of creation for families, children and adults alike. With brand-new hands-on challenges and featuring over 1 million LEGO bricks, participants will learn how to turn LEGO® dreams into reality, with amazing creations and something to spark everyone’s creativity.

Explore Bricktionary: The Interactive Exhibition, at Melbourne Museum until January 29, 2023. Tickets are on sale now.