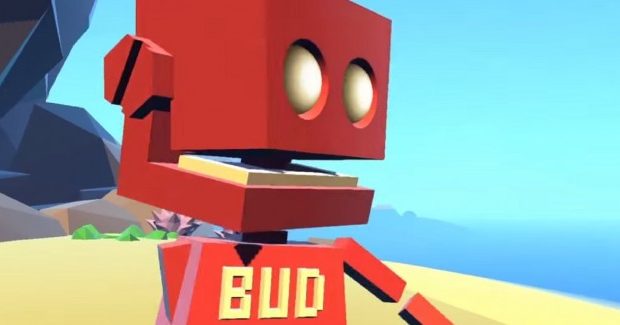 SYDNEY – June 14, 2016 – Today, Ubisoft®, during the Electronic Entertainment Expo (E3), announced Grow Up, a new acrobatic adventure game, and a follow-up of the 2015’s critically acclaimed Grow HomeTM, a title that is a community favourite and was a fan-voted winner of the first ever PlayStation Plus Vote to Play program last year. In Grow Up, players must guide little robot BUD around an entire alien world as he embarks on a dizzying mission that will see him leaping, rolling, bouncing and flying his way through a stunning and virtually boundless new open world. Grow Up will be available digitally worldwide on Xbox One, PlayStation®4 Computer Entertainment System and Windows PC in August 2016.

This new adventure comes from a small team at Reflections, a Ubisoft studio, who experimented with procedural animation in Grow Home™ and ended up creating a cute creature named BUD. In Grow Up, while out exploring the galaxy, BUD’s parental spaceship MOM falls to pieces as an unfortunate lunar accident sends her all over the place. Now her ship parts are scattered far and wide across an alien planet so rich in flora and fauna, it would make even the most jaded galactic gardener’s head spin. It’s up to BUD to collect all the parts and get them back to the moon, so he can rebuild MOM and reunite with her once again.

“We wanted to give fans of Grow Home the chance to explore a world where there is no edge, no invisible wall to hit,” said Pete Young, Producer at Reflections, a Ubisoft studio. “We can’t wait for them to join BUD in Grow Up on a fantastical new adventure to the moon.”

Working with new best friend POD, an adorable flying robot who likes planets perhaps a little too much, BUD must use his veritable tool belt of abilities to traverse the planet. Using BUD’s shiny new Floradex, players can put their own stamp on the world by cloning any of the 24 weird and wonderful plant types to catapult, shoot or float through the lush landscape filled with surprise discoveries. With all-new timed challenges, collectibles and abilities, players can tackle their mission head-on or spend time navigating the limitless landscape at their own pace.

For more information on Grow Up, please visit: http://growupgame.com