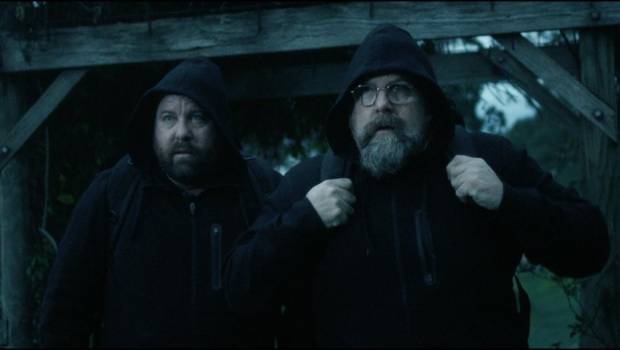 In Shane Jacobson’s new comedy-thriller, Brothers’ Nest, the simplest plan goes awry, starting with the screenplay. This is the second feature film the jolly Australian actor has made with his older brother Clayton, who directs and co-stars. They landed a bullseye with Kenny (2006), which is one of the best Australian films in over a decade. This has some laughs too but is operating in a different genre and is infinitely darker.

Despite its confined setting though, the dramatic premise lacks watertight conviction. Meanwhile, a bleak third act leaves a sour taste in our mouths with some excessive violence. It tries too hard to distance the brothers from their previous work. These flaws are disappointing because the banter and chemistry between the brothers is funny and enjoyable and holds the film together for a good while.

Clayton and Shane play Jeff and Terry, respectively. In a chilly exterior shot, the brothers are seen riding their bikes towards their childhood farmhouse. Jeff is the mastermind of their plan. He outlines everything they will have to do in the house with a series of checklists. Terry is complicit but softer and far less ruthless. Together, they plan to murder someone in the house and then fake the target’s death as a suicide.

It’s a scheme involving money, family and a horse on the property. Clayton Jacobson’s strong performance highlights Jeff’s dogmatic and calculated brain. For example, he won’t allow Terry to use the toilet or open the fridge because the electricity metre will be different to when they first arrived. One interesting idea that could have been further developed is Jeff’s self-justification. It is chilling and darkly funny briefly seeing him paper over even the most horrendous train of thought.

It’s best not to fully outline who the brothers plan to kill exactly. It’s more interesting to gradually learn why they are at the farmhouse and who they are targeting . However, the number of plot holes torpedoes the story. It’s out of character for someone as thorough as Jeff to not have already explained the plan to his brother long before arriving at the house.

Also, the person they are targeting is frail that its not unreasonable to assume that they could have killed them earlier and through far simpler means than this elaborate ploy at the farmhouse involving a toaster—we’re even told that it’s about a ten-hour drive to reach it. 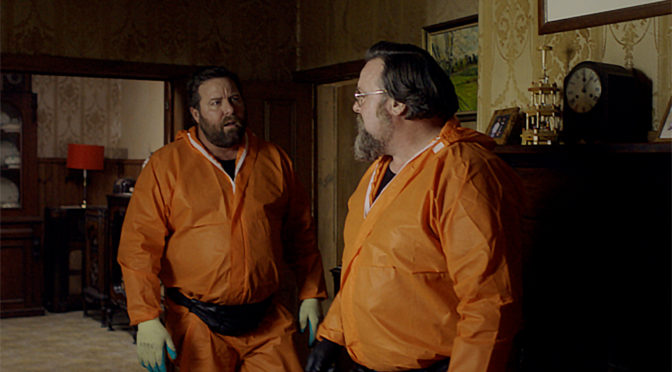 Another problem with Jaime Browne and Chris Pahlow’s screenplay is that every line of backstory has been crammed into the dialogue. Too often, Jeff and Terry stand in a room and monologue about how it’s the place they grew up or a similar trauma. They outline information that one might expect them to have already told each other, such as their partners leaving them. I also kept thinking about how many of the early scenes could have unfolded silently without dialogue.

The over-reliance on exposition results from the script lacking a clear line of action. The main action should have been the brothers cleaning the house. However, the importance of this task is never explained properly and is then dumped. Also, why would one clean the house and opt to conserve the power if a person was staying there to commit suicide? That doesn’t make sense.

There are other small details that are overlooked and create gaps in the plot. The men are dressed in orange jump suits and are careful not to leave their DNA. Rather than using the toilet, Terry is forced to urinate in a jar. Yet both men have bushy beards that would likely leave DNA. Likewise, a character who is supposed to be seriously ill arrives unexpectedly despite us being told that it’s a incredibly long drive to the house. 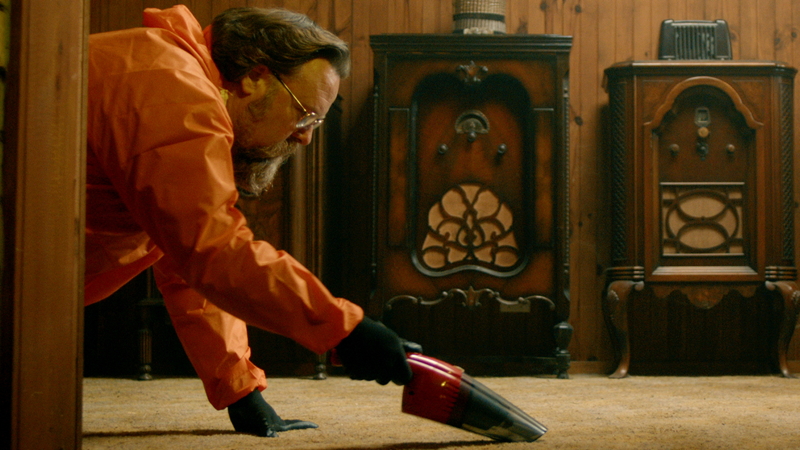 Furthermore, a weird psychedelic scene is never unpacked. Terry pokes at something in the wall, which gives the impression of a living organism. It’s not unlike the bleeding floorboard in the horror movie Mother! (2017). Its creepy and the audience reacted accordingly, but what’s the point of this exactly?

It’s a shame that the film’s narrative wasn’t properly massaged because the banter between the brothers is very funny. The Jacobsons are two genuinely witty men who deliver some big laughs, and the contrast in their characters’ personalities and motives marks the start of a strong idea. There is also heartache and pain in both Jeff and Terry. They are understandably haunted by the death of their father, who killed himself after his mother found someone else.

It’s not a flawed movie though because its not Kenny. It’s because the third act has no rhythm and grows sluggish and purposeless. Its introduction of its side characters is contrived, and though some might praise its audacity, the finale is long and needlessly violent. It lacks a point of subtlety or a universal truth besides a broad stroke about families being self-destructive. ‘Family shit’, a character says. Like Jeff’s scheme, it’s a wobbly plan without a suitable endpoint.

Summary: It’s not a flawed movie because its not Kenny. It’s because the third act has no rhythm and grows sluggish and purposeless.