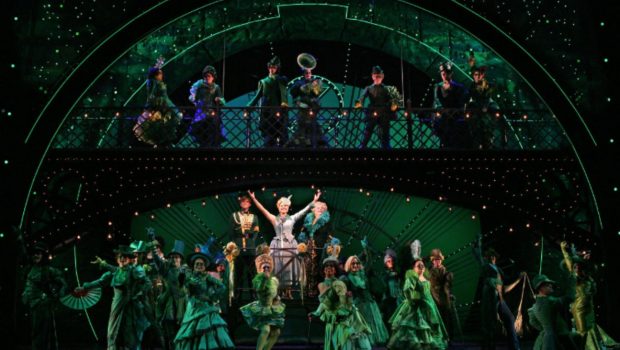 NSW Minister for Tourism and the Arts, Ben Franklin, together with producers John Frost for Crossroads Live Australia, Marc Platt, Universal Pictures, The Araca Group, Jon B. Platt and David Stone, today announced that “Broadway’s Biggest Blockbuster” (NY Times), WICKED, will open in Sydney in August 2023 at the Sydney Lyric.

To waitlist for priority tickets and for information, visit Wickedthemusical.com.au

Almost 20 years since its premiere, WICKED remains one of the most successful and popular musicals in the world. Winner of over 100 major awards including the Grammy Award, the Olivier Award, six Helpmann Awards, three Tony Awards® and six Drama Desk Awards, WICKED is “A Complete Triumph! An original musical that will make you laugh, cry and think” (USA Today).

The musical has played in 16 countries around the world including Japan, South Korea, China, Hong Kong, Singapore, The Philippines, New Zealand, Mexico, Brazil, Germany, the Netherlands and the UK, and has been translated into six languages. By the time of its first performance in Sydney, WICKED will have become the 4th longest running show in Broadway history (surpassing CATS).

The novel Wicked by Gregory Maguire, published in 1995, has sold 5.5 million copies, with 5 million of those sold since 2003 when the musical opened. Buoyed by the musical’s success, the novel has appeared on bestseller lists for close to two decades since its initial publication.

NSW Minister for the Arts and Tourism Ben Franklin said, “WICKED is a global sensation that has played to more than 60 million people in 16 countries, which will draw tens of thousands of musical lovers to the Harbour City, and will coincide with its 20th anniversary on Broadway. Securing blockbuster musicals for Sydney is key to our vision for the NSW visitor economy. This production will generate millions in visitor expenditure, support jobs in our arts and hospitality industries and help position Sydney as the cultural events capital of the Asia Pacific.”

Producer John Frost for Crossroads Live said, “I’m thrilled to present WICKED in Sydney, Australia’s Emerald City, in 2023. A proven blockbuster all around the world since it premiered, it has become one of the most loved musicals of all time. WICKED is a musical phenomenon and appeals to everyone from 8 to 80. People love it for so many different reasons – some come for the engrossing story, some for the astonishing sets and costumes, some for the soaring ballads, some for the deeper messages, and some to see the life-affirming friendship between the two young women who grow up to be Glinda the Good and the Wicked Witch of the West.”

Long before Dorothy dropped in, two other young women meet in the land of Oz. One born with emerald-green skin is smart, fiery, misunderstood and possessing an extraordinary talent. The other is bubbly, blonde, ambitious and exceptionally popular. They become rivals, then friends…until the world decides to call one “good” and the other one “wicked.”

“WICKED’s production values are exceptional. A POWERFUL PIECE OF THEATRE” – The Australian

“If every msical had the brains, heart and courage of WICKED, Broadway really would be a magical place” – Time Magazine

“WICKED is a phenomenon that keeps growing” – LA Times

“WICKED is splendiferous as ever! The show works because it explores the complexity of moral choices and the prices we have to pay for making them. It’s a reminder of how musicals can support complex stories when you have a book writer of the quality of Winnie Holzman, great songs by Stephen Schwartz and a rich, visually splendiferous production, as directed by Joe Mantello. And, of course, the green girl and the blonde girl, as they refer to each other, are everyperson figures. We’re all either one or the other.” – Chicago Tribune

Based on the novel by Gregory Maguire, WICKED has music and lyrics by Stephen Schwartz, and a book by Winnie Holzman. The production features musical staging by Wayne Cilento with original direction by Joe Mantello. WICKED is produced by in Australia by John Frost for Crossroads Live Australia Marc Platt, Universal Pictures, The Araca Group, Jon B. Platt and David Stone.

Experience the unforgettable, award-winning musical WICKED in Sydney in 2023.

WICKED is proudly supported by the NSW Government through its tourism and major events agency, Destination NSW.