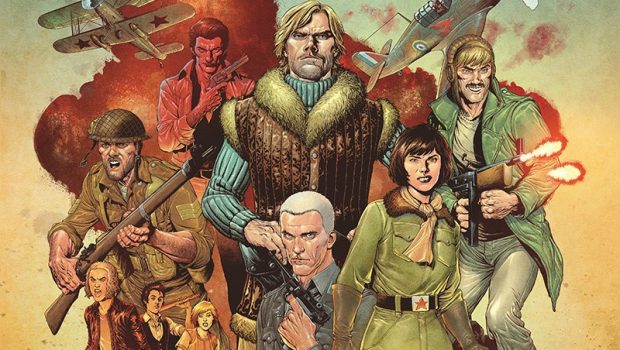 When it first appeared on newsagents’ shelves in 1976, Action caused a moral panic as newspapers, MPs, and self-appointed moral guardians fell over themselves to condemn its no-holds-barred, anti-authoritarian, action-packed pages! 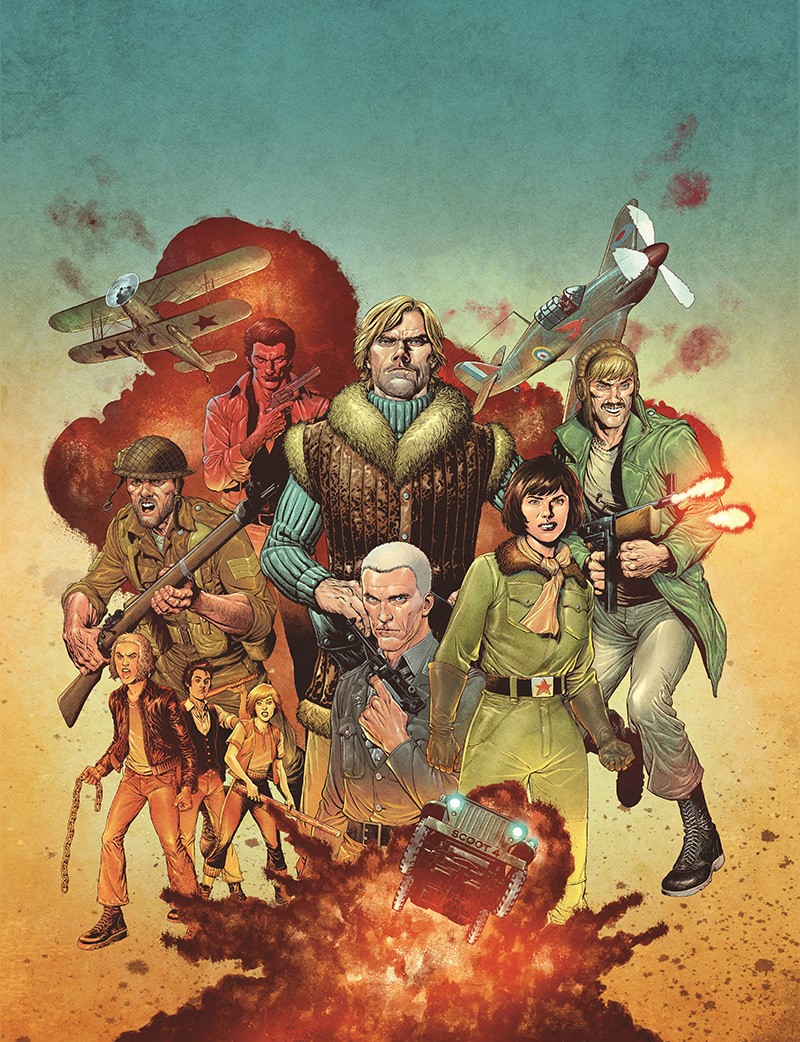 Now Action and its groundbreaking war-themed stablemate Battle are back for a brand new 96-page hardcover original graphic novel – due for a Direct Market release in June, followed by a bookstore launch in September.

Battle Action Special will feature eight brand new stories written by Garth Ennis, the twisted mind behind The Boys and Preacher, reviving some of the most popular strips from these two groundbreaking 1970s comics.

Joining him and a host of comic book artistic talent, with his first comics work since the end of The League of Extraordinary Gentlemen, will be artist Kevin O’Neill, whose entire style was once deemed wholly “objectionable” by the Puritans of the Comics Code Authority in America.

O’Neill is the artist on the revival of Kids Rule OK, writer Jack Adrian and artist Mike White’s series about kids running amok in a post-apocalyptic landscape that was so infamous it helped lead to Action being pulled from shelves!

Behind a brand new cover by Andy Clarke (Batman and Robin) and Dylan Teague (Madi), the Battle Action Special will bring the best of Battle and Action’s action-packed and controversial comics back to life in all their bullet-spraying and enemy-shredding action!

Take to the skies with artist Keith Burns and colourist Jason Wordie, and witness the air duel of the century as ace fighter pilot Johnny Red faces off against Skreamer of the Stukas.

Blunt instrument of British Intelligence Dredger returns and takes no prisoners on the streets of 1980s London, courtesy of Watchmen colourist and Judge Dredd artist John Higgins, with co-colours by Sally Jane Hurst.

Take on the selfish but fearless Crazy Keller by Chris Burnham (Batman) and colours by Len O’Grady, and meet Nina Petrova, the scourge of the Eastern Front, with art by Patrick Goddard (Judge Dredd) and colours by Jason Wordie.

And roll out into Italy in the heat of 1944 with The Sarge as Ennis reunites with The Stringbags artist PJ Holden.