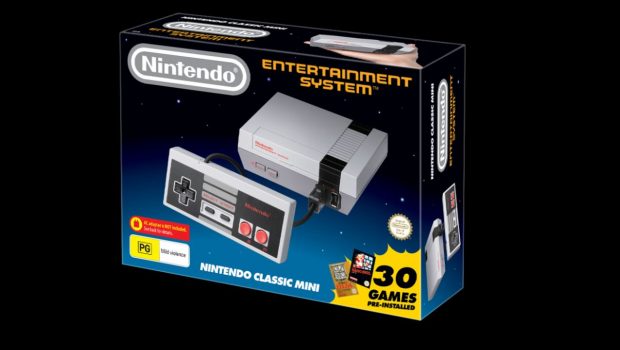 Bring The Past Back To Life As The Nintendo Classic Mini: Nintendo Entertainment System Launches Today In Australia And New Zealand

10th November, 2016 – Take a step back into the past and relive past gaming glories, or discover a generation of classic titles anew, with the Nintendo Classic Mini: Nintendo Entertainment System, launching across Australia and New Zealand today. Nintendo newcomers and NES veterans alike can enjoy the classics of yesteryear, complete with new features such as high-definition visual modes and multiple save points.

The Nintendo Classic Mini: Nintendo Entertainment System features 30 titles from Nintendo’s iconic NES console such as Donkey Kong, Metroid, The Legend of Zelda, and Super Mario Bros. 3. Each title can be displayed at 60Hz via the included HDMI cable. Players can display the action in the 4:3 aspect ratio used by the original NES console, in the new Pixel Perfect mode where each pixel is a correct square on the TV, or like it was back in the day on a CRT TV with the Classic visual filter. Progress on each title can be saved at any time, meaning that the days of losing passwords and progress are a thing of the past. With up to four Suspend Points available per game, multiple players in a household can save their game progress, or solo players can enjoy the flexibility of saving at various points throughout their playthrough.

Whether it’s rediscovering an old favourite or experiencing the joy of NES for the first time, the collection of included NES titles should have something for all players, with legendary adventures, iconic platforming and beloved arcade classics. The included titles are: