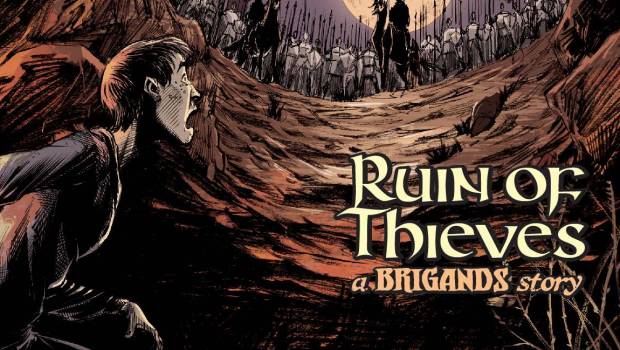 From Action Lab Comics and the mind of Ram V comes the tale of Stilian Desault and his motley crew of Brigands in search of the Myros Pendulum. It’s a tale of con men, wizards, criminals and sell swords all set in the medieval world of Krantal. The story opens with the Myros Comet splitting open the sky and decimating the Sharbeen village, but it’s on the island of Rekik where the story really beings. A man named Zamish and his Krantali army are hot on the heels of Desault and his crew, beating anyone in their way to find him. Stilian and crew take refuge in a tavern on the other side of the Island and while discussing their next move word gets around that the Krantali Army are on the move and headed their way. 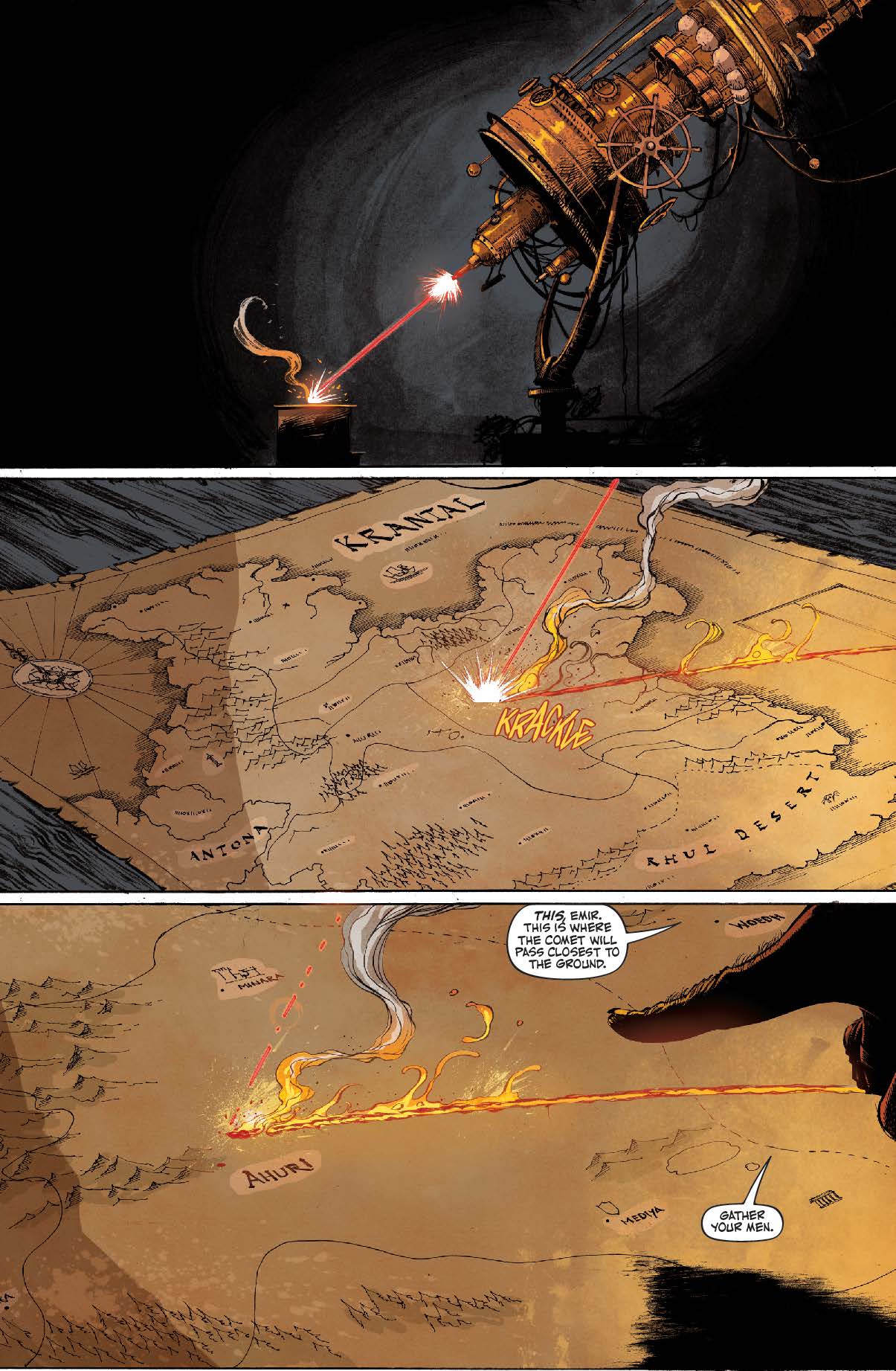 For the sake of staying spoiler free, I’ll stop with the story there but I will say these events lead to Stilian meeting another group on the run and they band together to get off Rekik Island. This does play an important part leading further on in the book. I did enjoy the fact that Ram V keeps the story moving without drawing things out to much, however a few times I felt this book was hard to follow and found myself reading previous pages looking for something I might have missed. Overall, the story was enjoyable and I loved the more mature, darker tones of the book. 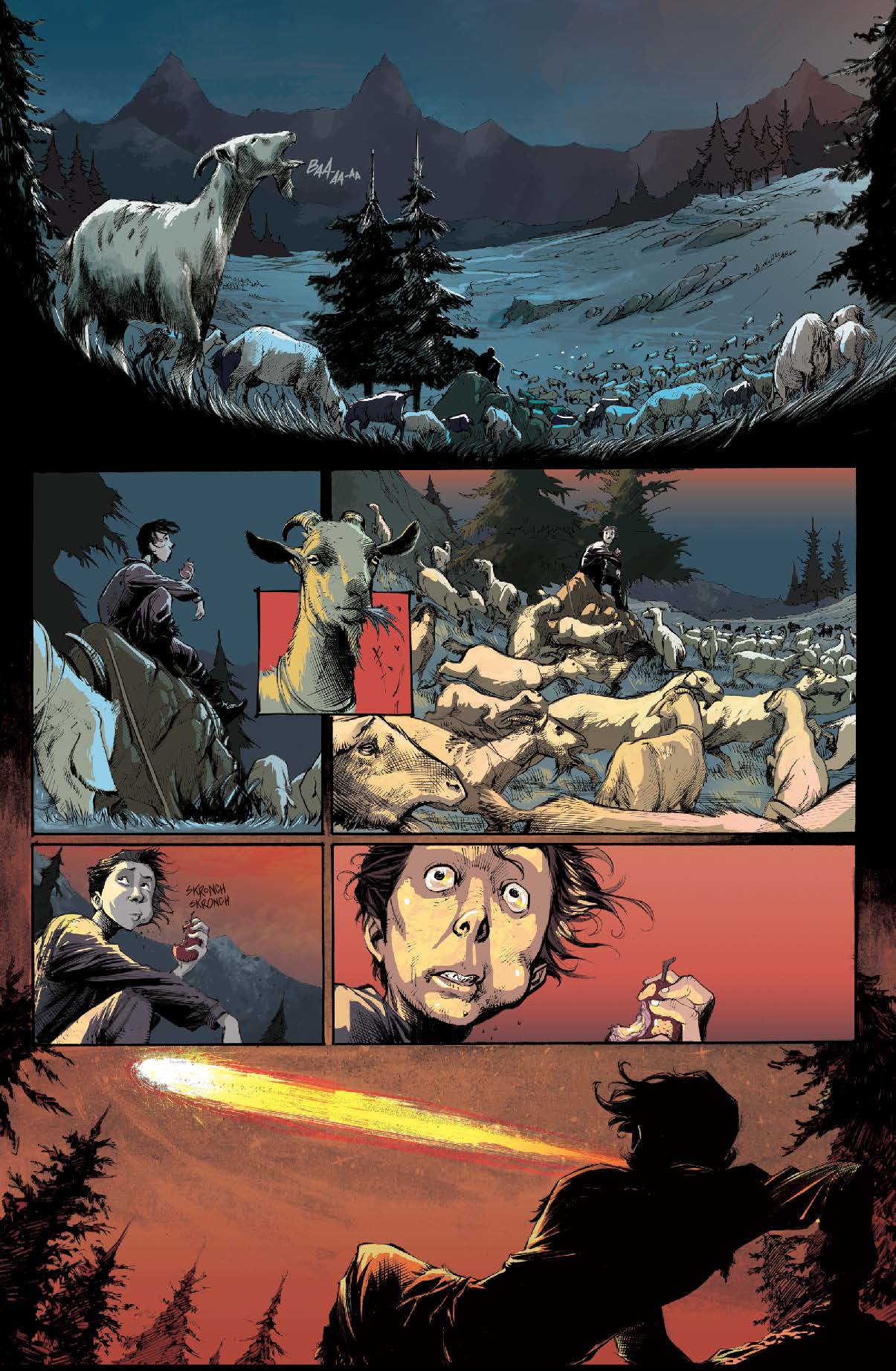 Another thing I really enjoyed about this book was the art style of Sumit Kumar. The art itself felt dark and gritty and just balanced out well with Ram V’s storytelling. Kumar did an excellent job of giving us a feel of each location, with the right amount of detail, while still keeping the dark tone of the story. The island of Rekik looked great for a sanctuary for the seedy underbelly of Krantal; the setting just felt right. 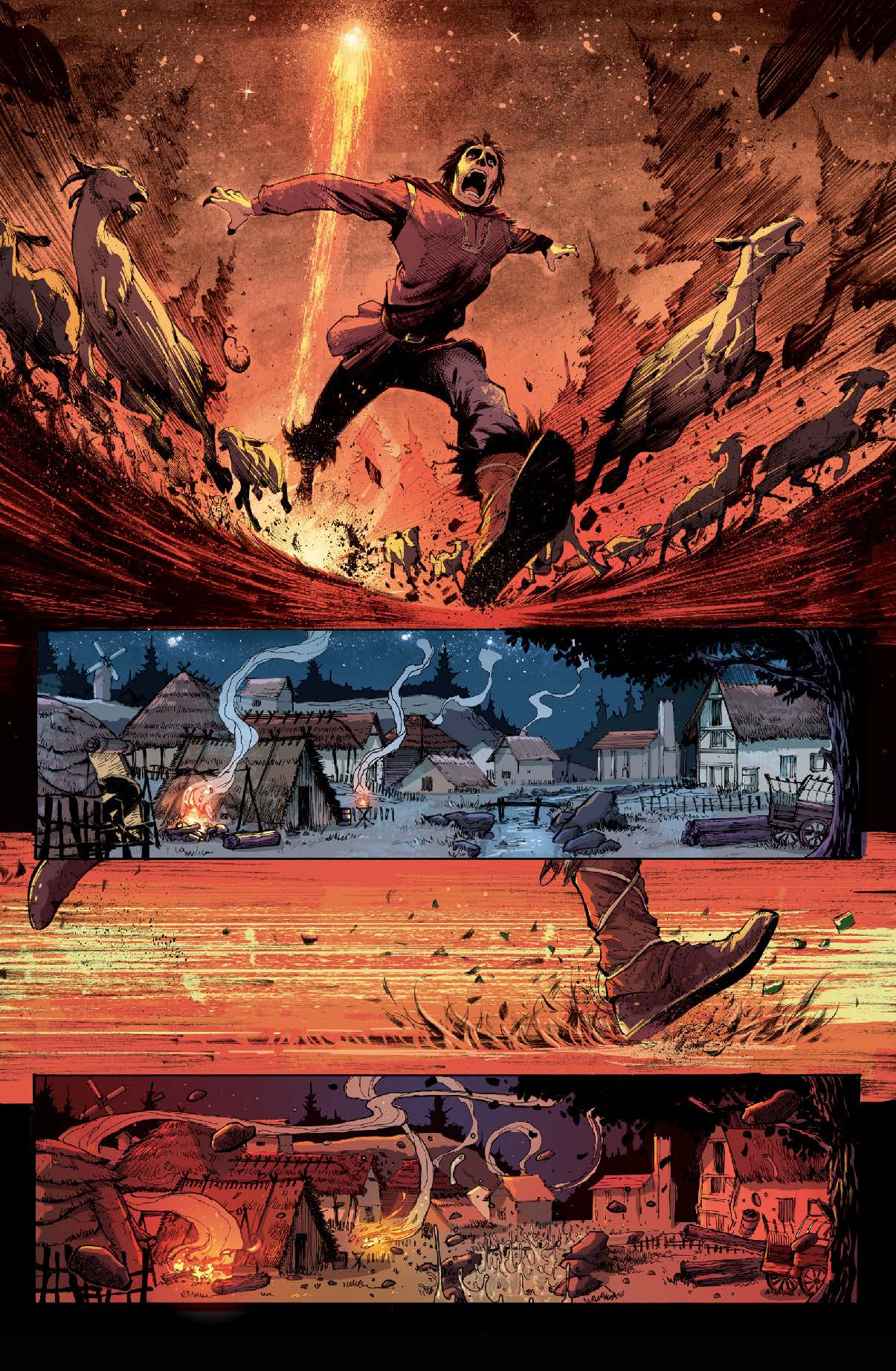 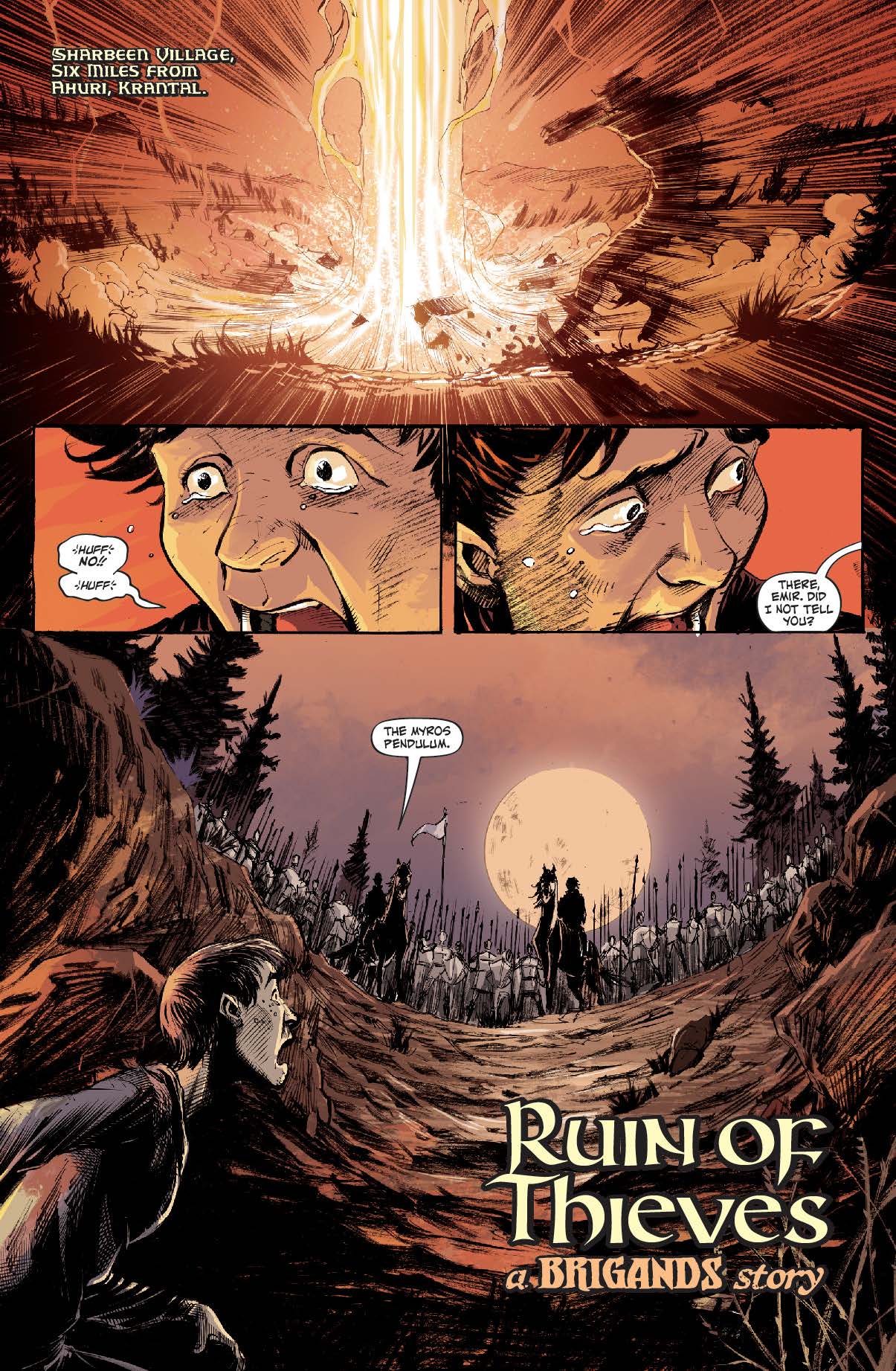 I absolutely loved the darker and medieval themes of this book, and I honestly cannot wait until we are given the next part of the tale. With everything I’ve seen in this issue, it looks to deliver a promising tale with deceit and cunning enemies. If you are looking for a book to scratch that need for adventure of sell swords, wizards and fast talking brigands, then I would say absolutely pick this up. 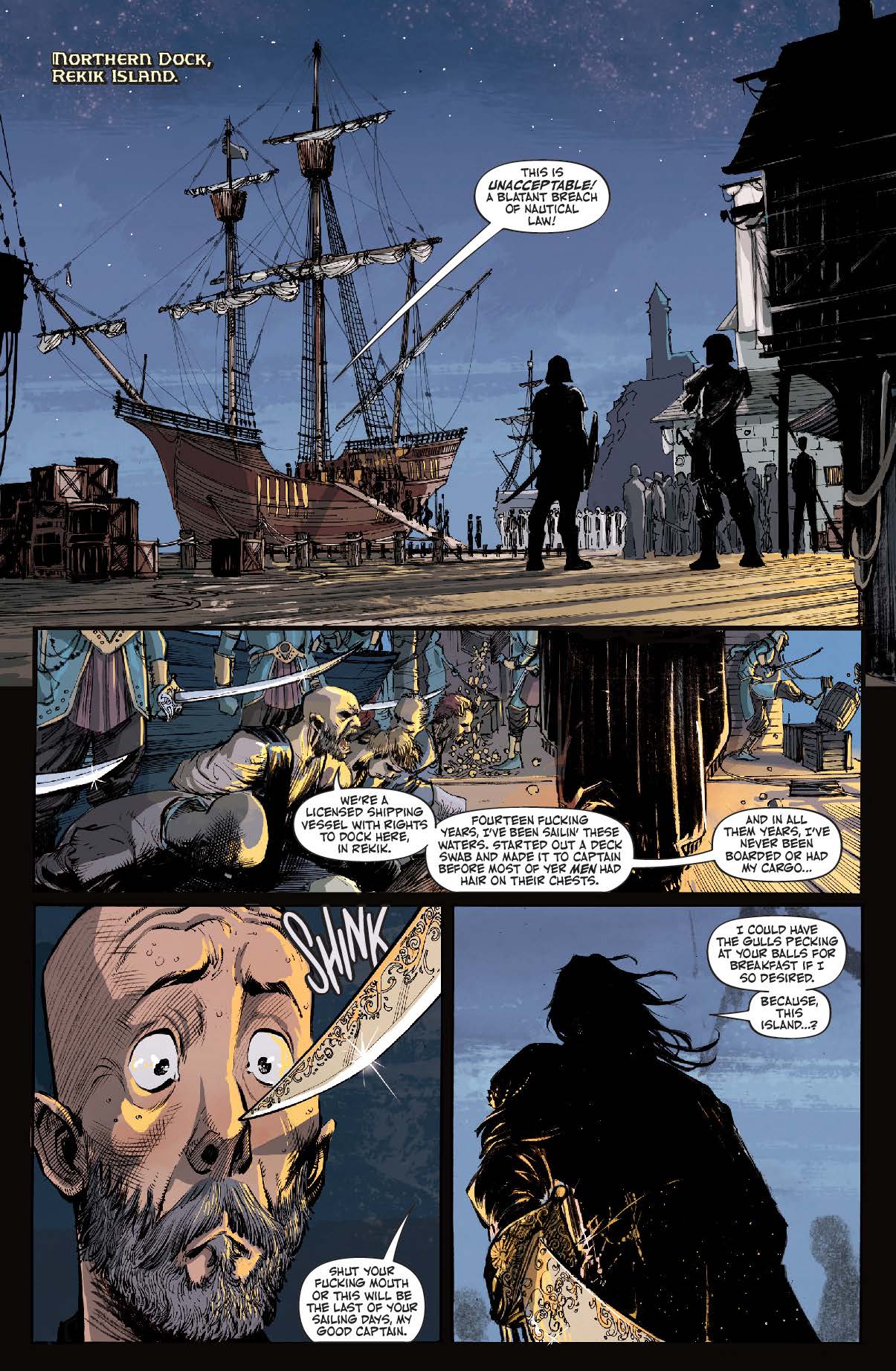 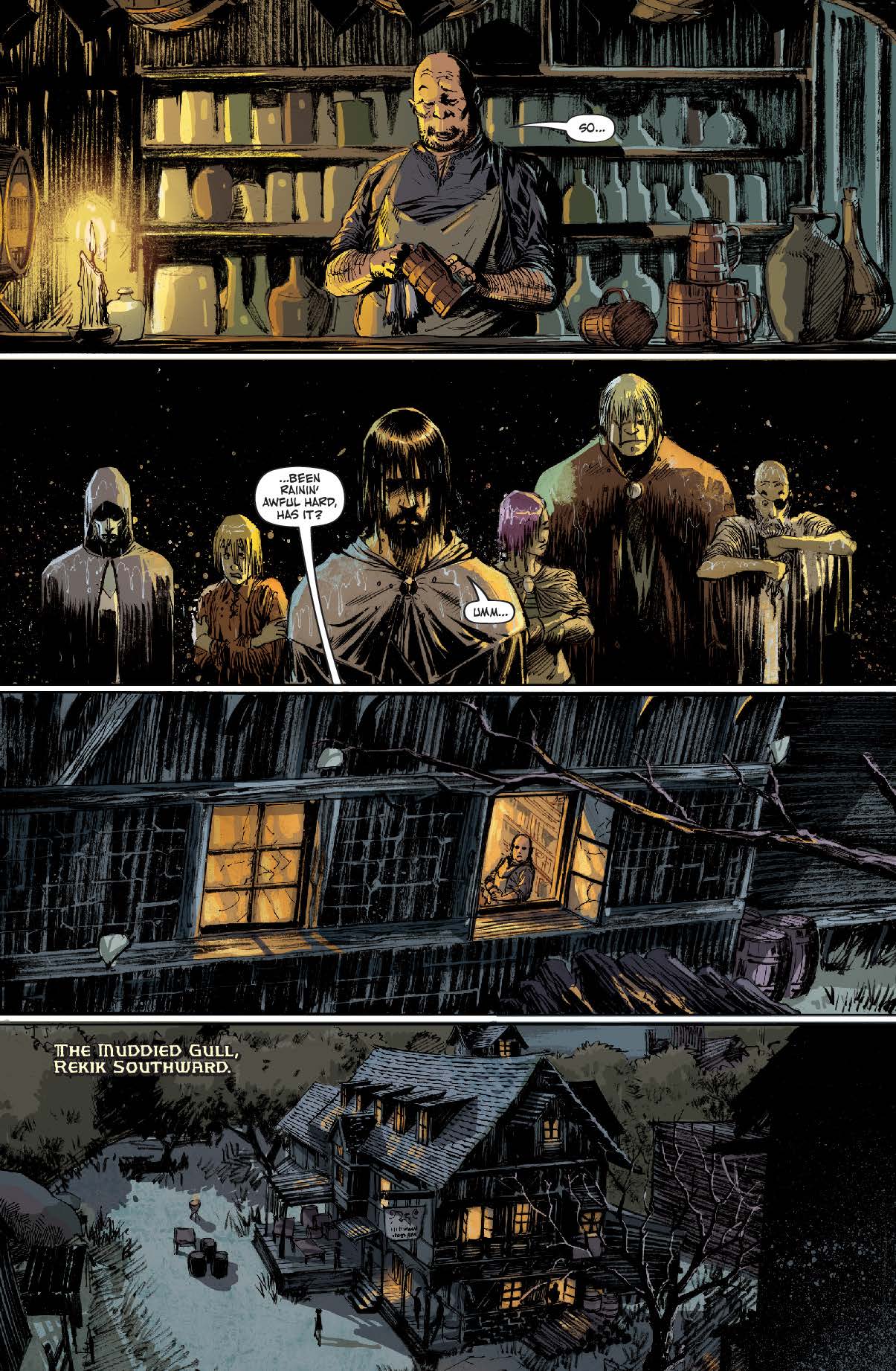