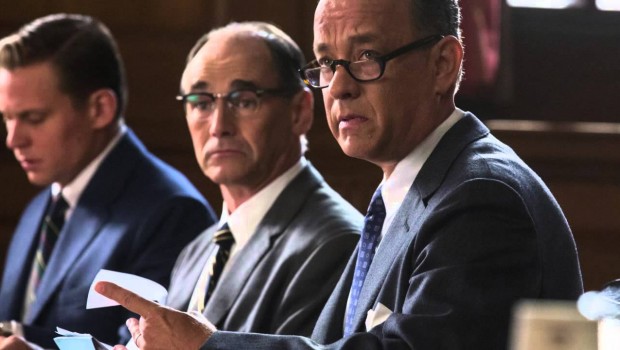 The intrigue and suspense provoked by Bridge of Spies reconfirms Steven Spielberg’s status as one of the greatest cinematic storytellers of our time. The Academy Award winning filmmaker’s ability to take on a screenplay based on a well-known true story and conjure up a strong sense of suspense and intensity, all the while ensuring that the piece of work is visually fascinating, is extraordinary and exhibited wonderfully in his latest film.Spielberg works with the screenplay written by Matt Charman and Joel and Ethan Coen in a way that makes you overlook the small inconsistencies and deem them forgivable. While the screenplay is not air tight, there may be forgivable reasons for this, it is still extremely intelligent, entertaining and contains the witty edge that one can expect from a Coen brothers creation.

Set during the Cold War in the 1950s, James B. Donovan (Tom Hanks), an insurance lawyer who is very much out of practise with criminal law, is assigned by the CIA to defend alleged Russian spy, Rudolf Abel (Mark Rylance). Although Abel is tried and convicted of espionage, Jim is able to convince the judge that his client is worth more to America alive than dead and saves Abel from the electric chair. His intuition pays off as an American spy plane pilot, Francis Powers (Austin Stowell), is shot down in enemy territory and convicted, unable to return to America. Jim is once again called upon to travel to East Berlin to negotiate an exchange between Abel and Powers, but he also makes the decision to try and exchange Abel for both Powers and Frederic Pryor (Will Rogers) an American Economics student who was captured being in the wrong place at the wrong time. This decision is not a popular one with anyone, but Jim stands strong behind his decision and risks it all.

Bridge of Spies is undeniably packed with intrigue and suspense that is so often lost in a cinematic retelling of a true story. The film is largely accurate, despite some expected over-dramatisation to move the pace of the story along quicker (such as the speeding up of time lapses between events) and to create a greater sense of suspense and tension. Spielberg’s direction is absolutely superb in that he knows how to bring out the most in every situation through mise en scene. Everything and everyone in the film is perfectly placed so that Bridge of Spies resembles a work of art and is truly exquisite to behold. The entire film is so beautifully polished and neat that one is transfixed by the story and visuals, which is what gives one a true sense of captivation for the entire length of the film.

As previously touched upon, the screenplay is not completely air tight with certain subplots being left unfulfilled, such as the romance between Jim’s daughter, Carol (Eve Hewson) and his assistant, Doug (Billy Magnussen). One can make the assumption that at 142 minutes, there may have had to have been some editing and scenes removed to stop the film becoming unnecessarily long. Yet the screenplay contains incredibly entertaining and intelligent dialogue with a surprisingly witty edge to it in moments most that are unexpected. Despite the film also being one about a man who became a hero because of his negotiation skills, there is very little hero worship and patriotism. There are moments where there could have been room for extreme sentimental value, but they are thankfully left as is. This is particularly true of the pivotal bridge scene, which has a beautiful moment without fanfare that could have so easily been ruined by it. Donovan is also played out in the film as an everyday hero. He does not possess super human qualities, nor does he present himself in the film as someone who feels he is on the road to doing something grand and important. This works perfectly as that is the hero people prefer to see in a film as he doesn’t make people believe he is definitely going to have everything work out the way he wants, hence the sense of suspense. 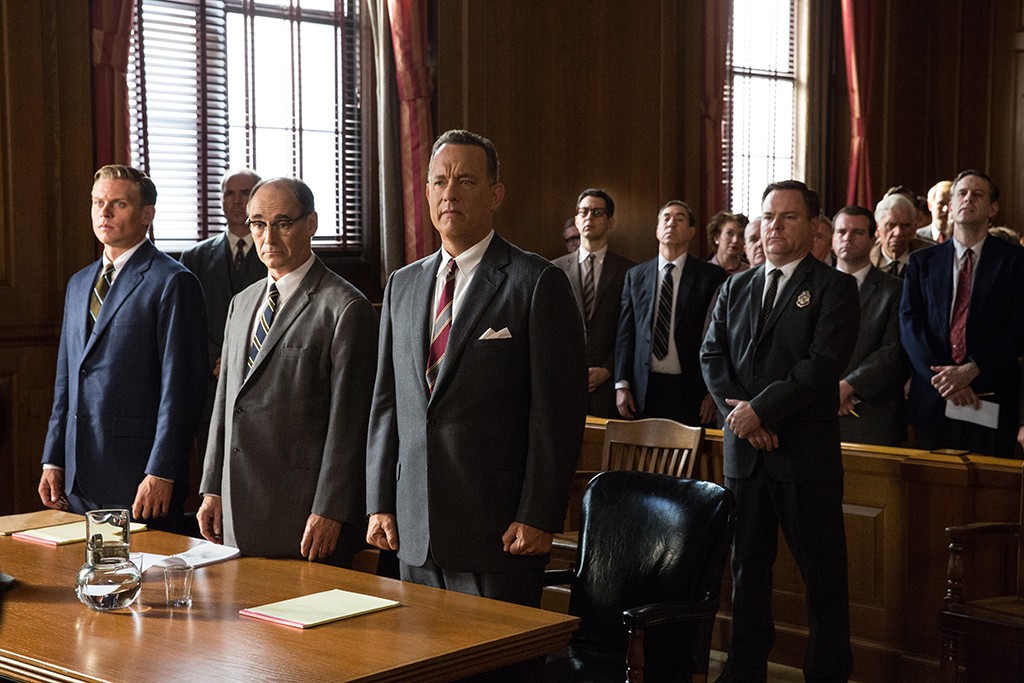 Another critique one may give regarding Bridge of Spies is that there is a lack of character depth and development. The lead character of Jim Donovan is without a doubt the most well rounded and established character and this is to be expected as much of what occurs in the film involves him. One comes to know him as the family man, the persistent lawyer and talented negotiator, but still the everyday man during the film. Hanks does well to portray the man many would consider a national hero and gives a solid and strong performance, but it is not a performance that is particularly challenging nor calls for any great emotional strain. However, it is perfect casting as Hanks is truly the ideal individual to be playing Jim Donovan.

It is true that no other receives as great attention as Jim Donovan does in regards to the building of character, but this is actually a positive for the complex character of Rudolf Abel. One believes they feel confidant in knowing the intentions of the convicted Russian spy, but as Abel never speaks of his crimes against the United States, he remains a mystery and this works exceptionally well for his character. The lack of knowledge regarding Rudolf Abel and who he really is adds to his charisma and makes him absolutely intriguing. Although he is labelled as an enemy of the United States, he has a likable quality in his introvert nature that is supported by his clever dialogue. Mark Rylance gives an absolutely superb performance as the stoic and mysterious Abel and works very well on screen with Hanks. 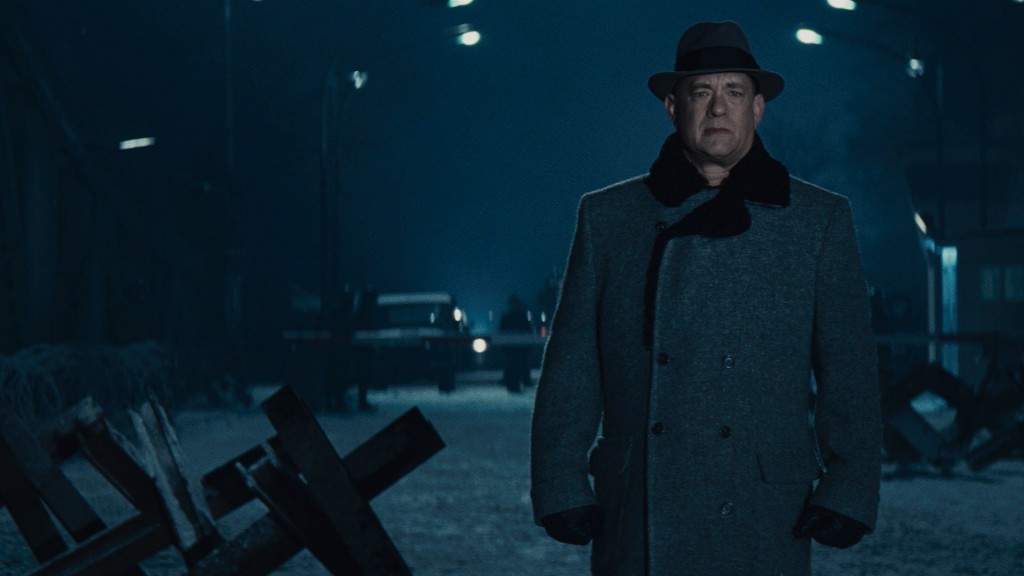 Bridge of Spies may not be completely without it’s flaws, but they are all forgivable as a result of the wonderful things it achieves. Steven Spielberg and Tom Hanks once again prove they are an unbeatable force in film.

Summary: The intrigue and suspense provoked by Bridge of Spies reconfirms Steven Spielberg's status as one of the greatest cinematic storytellers of our time.