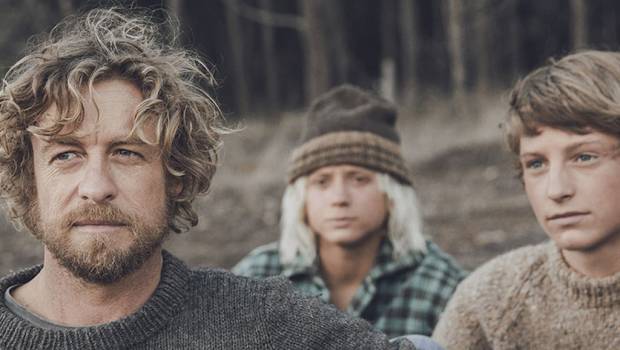 Summary: Breath will not only be remembered as a highlight of Baker’s career but also the start of a bright acting future for the two young leads with Coulter and Spence absolutely crushing it with their acting debuts.

The most surprising thing about Breath is – and this going to sound catty- when you see Simon Baker’s name pop up not only as star of the movie but also director. Who would have thought the guy who charmed suburban mums on The Mentalist could posses such a beautiful vision and direction for a movie – again it’s catty but it’s just so pleasantly surprising to see a local boy do so good. Baker and Gerald Lee have adapted Tim Winton’s book about surfing teens in the mid 1970s to create a gorgeous and complicated coming-of-age story that boasts a talented cast of both child and adult actors. Like any movie that’s based on a book there’s of course a narrator guiding us through the coastal Australian landscape and lots of silent introspective scenes. Teenage actor Samson Coulter plays the lead role of Pikelet, a quiet but engaged teenager who passes the time with his less wholesome buddy Loonie, who’s played by the equally talented Ben Spence. There’s something very unsettling watching these two novice young actors reach such character depths onscreen but that only means there’s a bright future for both these performers.

As most kids did before the internet (remember then? Me neither) Pikelet and Loonie kill time by riding bikes around and seeing what their quiet town has to offer them. Loonie is more of a loose cannon amongst the two and causes trouble. As the story progresses though we start to see into Loonie’s unstable family life and switch gears from despising the little shit to seeing him as an innocent victim. This is a stark contrast compared to Pikelet’s quiet family life with dad (Richard Roxburgh) and mum (Rachael Blake) keeping a loving eye on him from a distance. The two boys eventually meet Sando, a wise blonde-haired surfy dude with the face of Simon Baker and the attitude of an old hippie. Sando takes the boys under his wing and onto their surfboards for some lessons in gliding across the water as well as adopting monk-like attitudes towards the world. The waves the kids navigate are clearly a metaphor for growing up and getting through life as the intense surf humbles them, including the cocky Loonie. It’s not long though before Pikelet begins to take Sando’s wisdom with a grain of salt as his discovery of body and soul goes too far for the teenager. Sando’s secret life of being a successful surf champion and other mysteries are revealed when the boys become a fixture in his household, much to the distain of the surf teacher’s wife Eva (a brilliant performance from Elizabeth Debicki). No more shall be said of that in the spirit of this review remaining spoiler free. 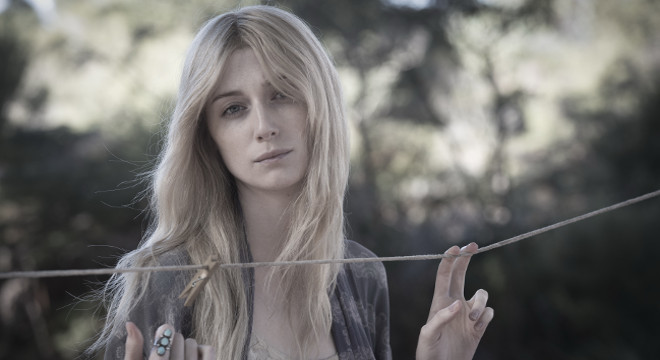 Breath shares similar themes to the movie Mud in the sense that the story follows two young men meeting a mysterious stranger who brings them lessons from a faraway place. Just minus the thriller themes and you’ve got two similar movies. What separates Breath from other coming of age films is its understated and quiet tone as the movie does its best not to be uniquely Australian as other Aussie filmmakers like to do in order to draw a line between us and Hollywood. Baker fits perfectly into the role of beach guru and director which marks his return to Australian film (as well as his debut as director) a triumphant one. The crisp visuals the Blu-Ray provides makes this an even better viewing experience with countless shots of beautiful Australian oceans being so vivid you can taste the salt water. The Blu-Ray extras are also worth the purchase with some great behind the scenes footage and revealing interviews with the cast and Tim Winton. Breath will not only be remembered as a highlight of Baker’s career but also the start of a bright acting future for the two young leads with Coulter and Spence absolutely crushing it with their acting debuts.