A new strain of Petya ransomware has struck Europe and is spreading around the world, affecting many organisations. Symantec has confirmed that the Petya ransomware, like WannaCry, is using an EternalBlue exploit to spread.

Nick Savvides, Australian security expert and Manager of Cyber Security Strategy at Symantec, is available at your convenience for an interview to offer further commentary on this issue. As background, Savvides works with organisations and governments across Asia Pacific and Japan to develop their cyber security strategies and solve complex business problems. He has worked on some of the largest business information security projects in Australia, affecting the way many Australian’s interact with their employers, banks and governments.

For the latest details, please also see Symantec’s blog. In addition, below are key stats from Symantec’s 2017 Internet Security Threat Report around last year’s rise in ransomware for your reference. 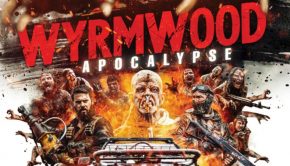