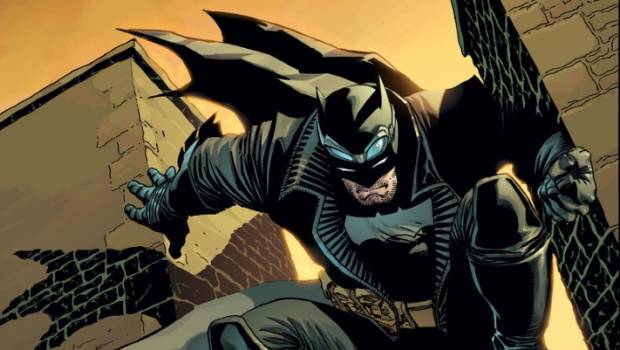 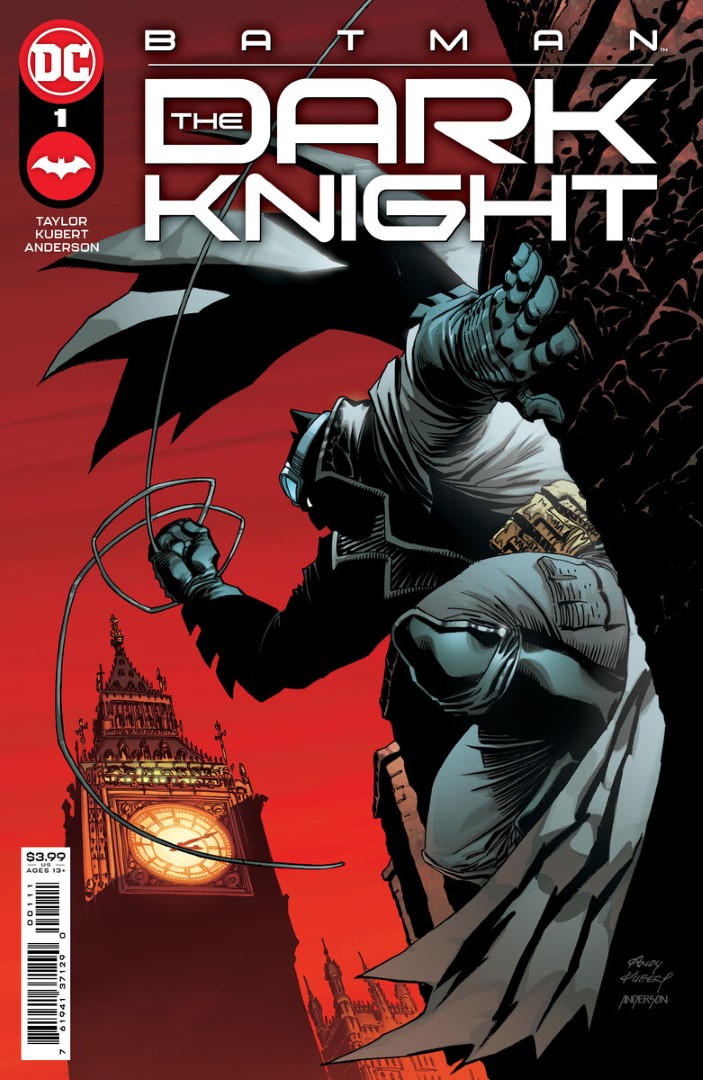 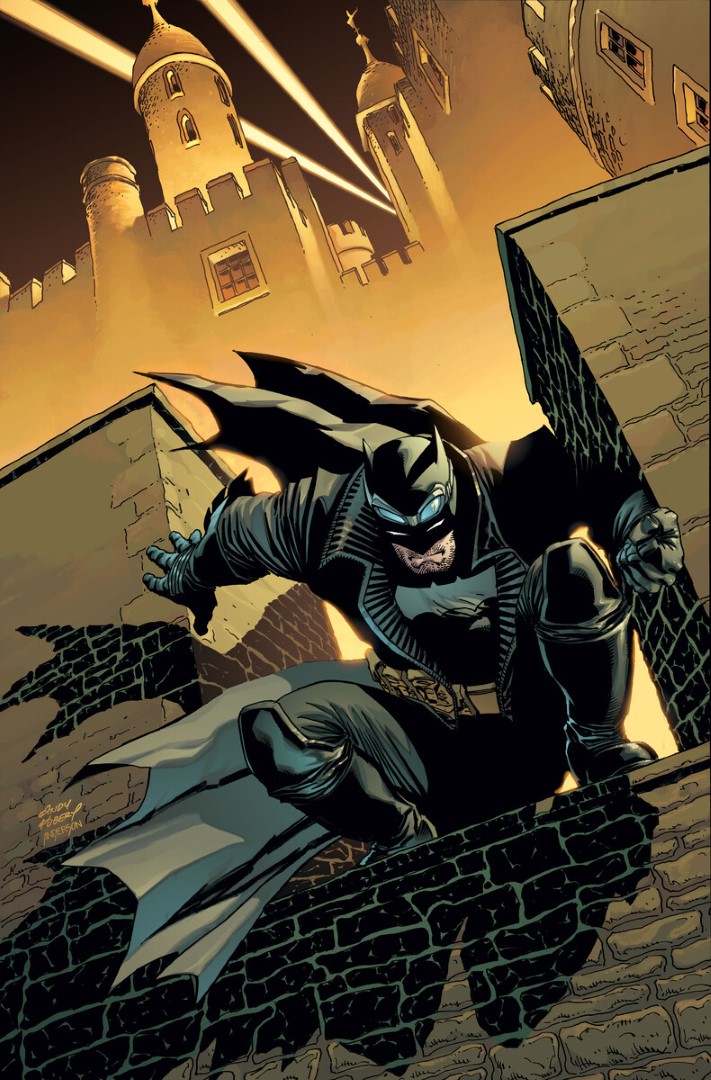 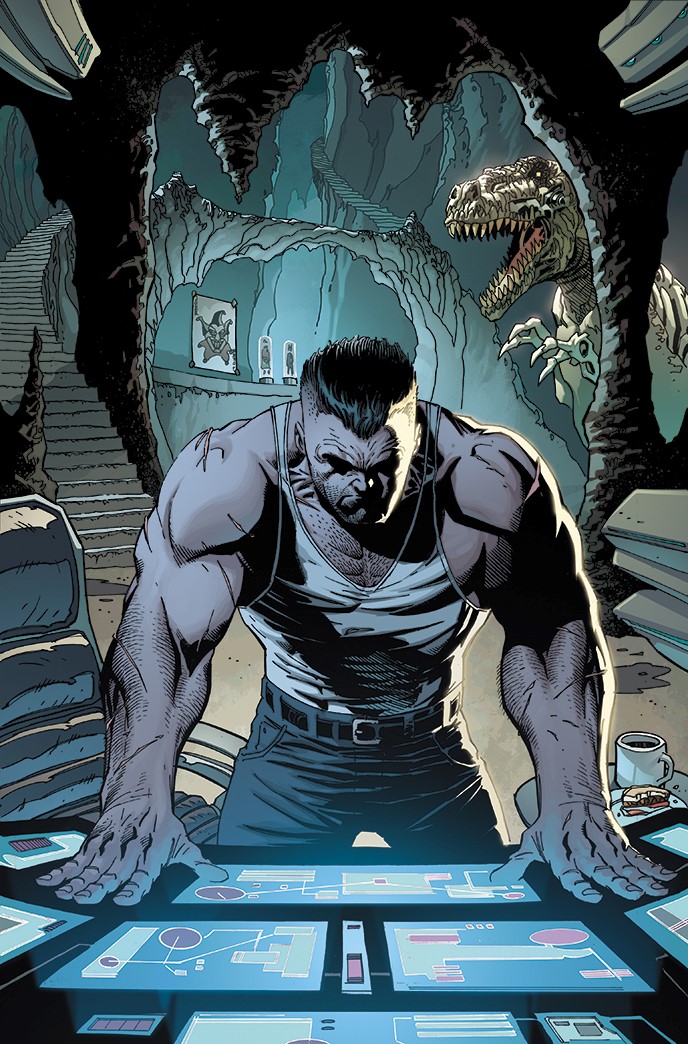 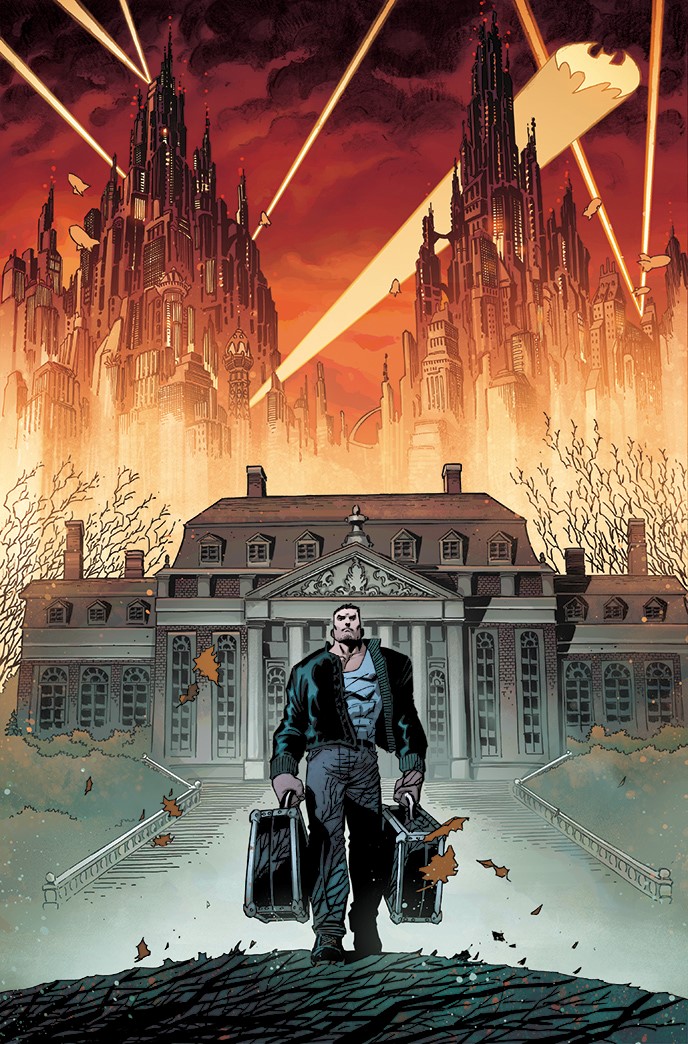 “I will leap at any chance to tell a Batman story at any time,” said Taylor, “but teaming up with a legend like Andy Kubert for a Batman tale is a dream and an honor. I have Andy’s Dark Knight statue sitting on my desk, so I can see exactly how his Batman is larger than life.”

“This series is a different take on the character than I had done before,” said Kubert. “Every story that I have done with Batman has been different in tone, and the art takes on a life of its own as the story dictates. Batman and Son, Whatever Happened to the Caped Crusader and Dark Knight III-The Master Race along with Flashpoint Batman, had their own look and feel for that particular story. Batman: The Dark Knight is no different.”

But how does this Batman story begin? A horrific tragedy in the United Kingdom sends a very personal and deadly message to the Dark Knight—one that will draw Batman out of Gotham City to investigate! From the moment he lands in Europe, Batman will face a challenging investigation, unheard-of adversaries, and find the assistance of a partner once more—all in the hunt for the villain known as Equilibrium! And what does “BATMAN 147” mean to Bruce Wayne when it appears after a deadly plane crash—is it a clue, or a riddle? Or just another trap for the Batman?

“When editor Ben Abernathy and Andy came to me with an idea for a world-weary Batman leaving Gotham for Europe,” continued Taylor, “I immediately thought of the great stories I’d read of an older, cynical Batman. But the challenge was finding the call to adventure for a Batman who’s a little more jaded. Fortunately, I already had something up my sleeve. I actually pitched a Batman idea to Ben Abernathy all the way back in 2012 and, nine years later, we were able to find a place for this in Batman: The Dark Knight. The idea was about taking something away from Batman that no one’s ever tried to take before. And from that, a new, unique Batman villain was born. It’s all about Equilibrium.”

“When Ben and I had discussed making this Batman larger than life, we knew we had to have a writer that could deliver that type of story,” said Kubert. “Tom Taylor has proven himself, especially with DCeased and Suicide Squad, that he was it. What he has crafted here will be a story for the ages.”

And who is Batman’s new partner? All signs point to Knight or Squire (from the pages of Batman Incorporated) to help Batman crack this case, but who are the people behind these aliases, and how much will an aging Bruce Wayne be able to help them with cracked ribs, or a dislocated shoulder, or the pain associated with being Batman in the first place? When will enough be enough for the Dark Knight?

“Andy’s Batman never skipped leg day,” concluded Taylor “His legs are like tree trunks. He’s a bit older, he’s a little slower, but he’s efficient. He’s muscle and bulk and power and he moves like a battering ram. He interacts a little like a battering ram too. He’s singularly focused. He has a mission, and he won’t be pushed off track by hordes of attackers…or even Andy’s terrifying Gentleman Ghost. While this is about an older Dark Knight, we also had an opportunity to flashback to his past, to see a younger Bruce Wayne in training in a way never expanded on before.”

“Batman: The Dark Knight‘s Batman is hardened and thick,” added Kubert. “The years and battles have caught up with him. As he walks, you can hear him creak like an old rusted gate that needs to be oiled. And Tom writes it all so perfectly.”

For information on Batman, Knight, Squire, and the World’s Greatest Super Heroes, visit www.dccomics.com, and follow on social media at @DCComics and @thedcnation.