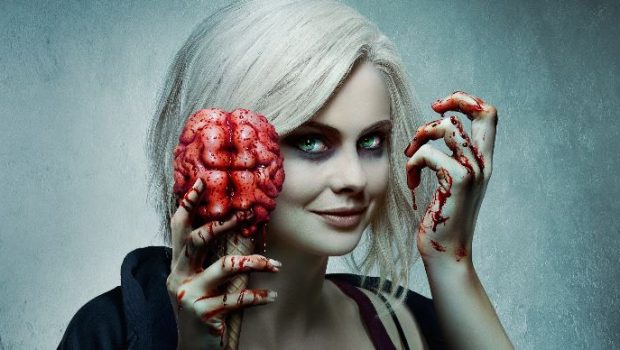 Break Out the Max Rager – The iZombies Are Coming: Rose McIver to invade Oz Comic-Con Melbourne

Melbourne, prepare yourselves for a zombie invasion (of the not so typical kind): Rose McIver, best known for her role as loveable crime-fighting zombie Liv Moore on iZombie, is headed to Oz Comic-Con Melbourne this June long weekend. New Zealand-born McIver is also known for her roles in The Lovely Bones, Once Upon A Time and Power Rangers RPM.

McIver will be joining her iZombie co-star David Anders, who can also be seen on The Vampire Diaries and Once Upon A Time, at Oz Comic-Con Melbourne. The duo will be taking part in professional photograph and autograph opportunities across the weekend, as well as hosting an exclusive question and answer panel on both days of the event. For the ultimate iZombie fan, tickets to an intimate dinner with McIver and Anders will also be available. Tickets to the dinner are strictly limited and will be on sale from 12PM AEST today, so act quickly or risk missing out. We promise brains won’t be on the menu!

The show floor will be packed with exciting and exclusive activities and features, including cosplay central, the family activity zone, and a bustling artist’s alley. With world renowned comic artists – including Nicola Scott, Mike Choi, Wolfgang Bylsma and Tom Taylor – in attendance, fans will be able to meet the hands behind their favourite works, as well as get their favourite comics signed. The Victorian finals of the Australian Championships of Cosplay will also be held at Oz Comic-Con Melbourne, with the winner securing a place in the national finals in Brisbane this September.

Oz Comic-Con Melbourne will be held at the Melbourne Convention and Exhibition Centre on June 11-12, with doors open from 9am until 6pm each day.