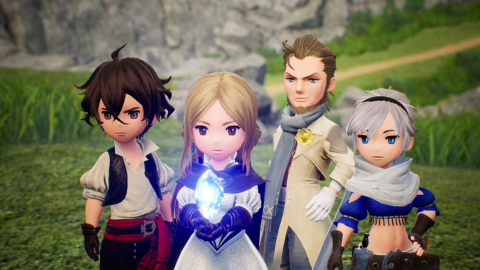 Fans watching The Game Awards also got a sneak preview of several new experiences coming exclusively to Nintendo Switch in the near future.

Additionally, a new trailer for No More Heroes 3, the latest entry in the No More Heroes series from developer Grasshopper Manufacture, unveiled that the game is launching for Nintendo Switch in 2020. After the official numbered series’ ten-year hiatus, the “assassin action game” is back featuring the all-American #1 ranked assassin, Travis Touchdown. This time, the otaku assassin must face off against some super hardcore enemies from space with his beloved Beam Katana in hand.

Owners of MARVEL ULTIMATE ALLIANCE 3: The Black Order can purchase the Expansion Pass to receive all of this content when it releases on 23rd December. The Expansion Pass also includes the previously released Marvel Knights: Curse of the Vampire DLC Pack 1 and the upcoming DLC Pack 3 which will release in autumn 2020. Newly added costumes for a number of playable characters will also be added to MARVEL ULTIMATE ALLIANCE 3: The Black Order via a free update on 23rd December.

Nintendo received multiple awards at The Game Awards last night, including Best Fighting Game for Super Smash Bros. Ultimate, Best Family Game for Luigi’s Mansion 3, and both Best Strategy Game and Player’s Voice awards for Fire Emblem: Three Houses. In addition, Bravely Default II, the successor to the original Bravely Default was announced as coming to Nintendo Switch in 2020. A new trailer for No More Heroes 3 and new details for DLC Pack 2 for MARVEL ULTIMATE ALLIANCE 3: The Black Order were also revealed.