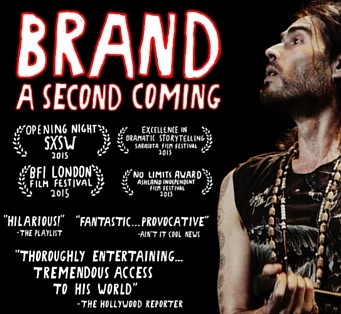 Summary: He's not the messiah, he's a very naughty boy (with a good heart).

When I started Brand a Second Coming I was expecting a stand up show… the very start would seem to support that notion, but it very quickly becomes something else, arguably something more interesting. I have mixed thoughts about Brand… on the one hand I think he is very intelligent and truly has a heart of gold, on the other hand I think he can be his own worst enemy at times and stirring controversy at times I think distracts from his real message.

The story of how Russel Brand came to be a public figure, celebrity, person of note is interesting in as much as it’s almost a success story in reverse… he had a difficult childhood in as much as his father was a questionable role model and arguably an absent figure for much of his upbringing, his mum had health issues and tried to do the best she could for him but he found his way to drugs and addiction and quite possibly came very close to having a much shorter life than ideal (where many rock and roll/celebrity types seem to end up). 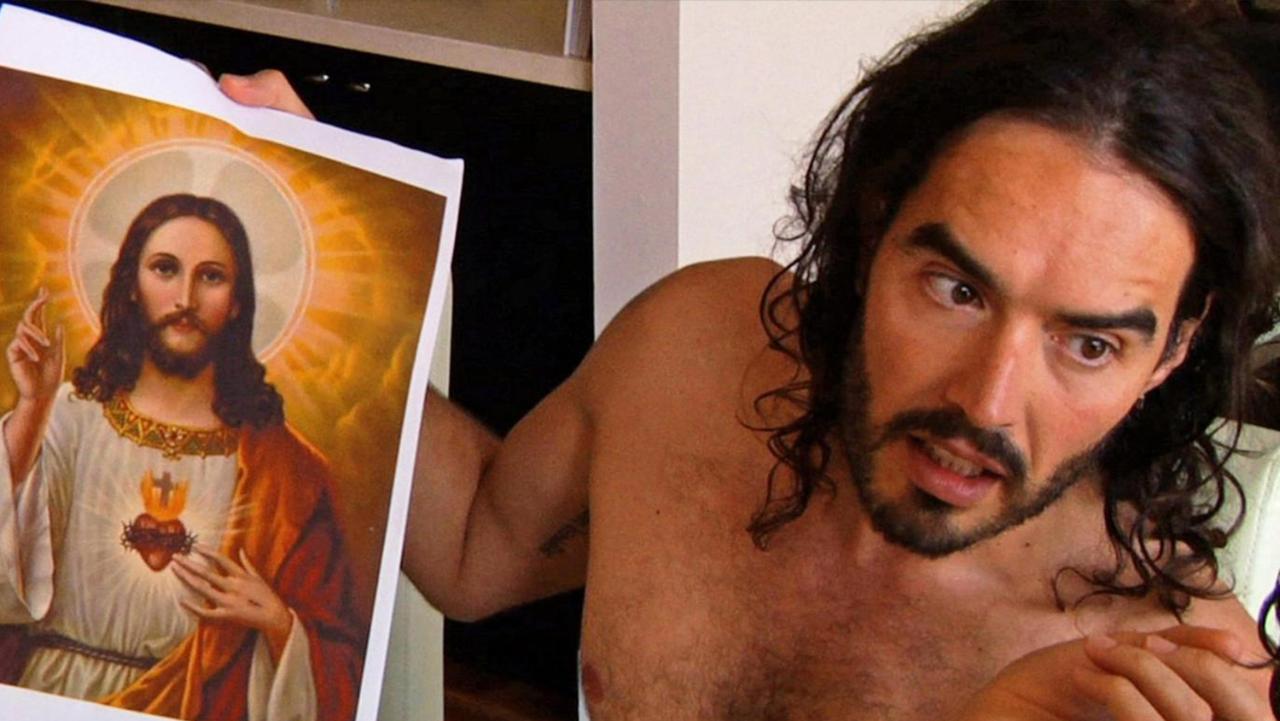 But he had a drive and determination to do something, having been raised on British comedy that seemed like a good path and so he started performing to small audiences (sometimes barely any audience at all). His manager learnt that it was better to essentially book him or give him something to do lest he start being a pest and stopping any work being done. Slowly (or overnight, depending on how you view these things) he gained fame/notoriety and he started obtaining the attention of people who could help him grow as an artist/personality.

The thing with Russel is his not shy in admitting that he was/is obsessed with his own popularity (as clearly visible in a clip from one of his shows in which he goes over his google search ranking)… in someways it’s a curtain pulled aside view inside the mind of a celebrity… elements of what he divulges on stage we can imagine are the same as what other people in the public eye think and feel… but Russel also has the ability to self reflect, he is aware of his problems with addiction and is not backwards in saying it is a constant temptation. The question is has he substituted his addiction to drugs with an addiction to activism or the cult of self? To be fare if he has that’s not entirely a bad thing… the world arguably needs activists, people who strive for the ideal rather than settling for the less than fare. 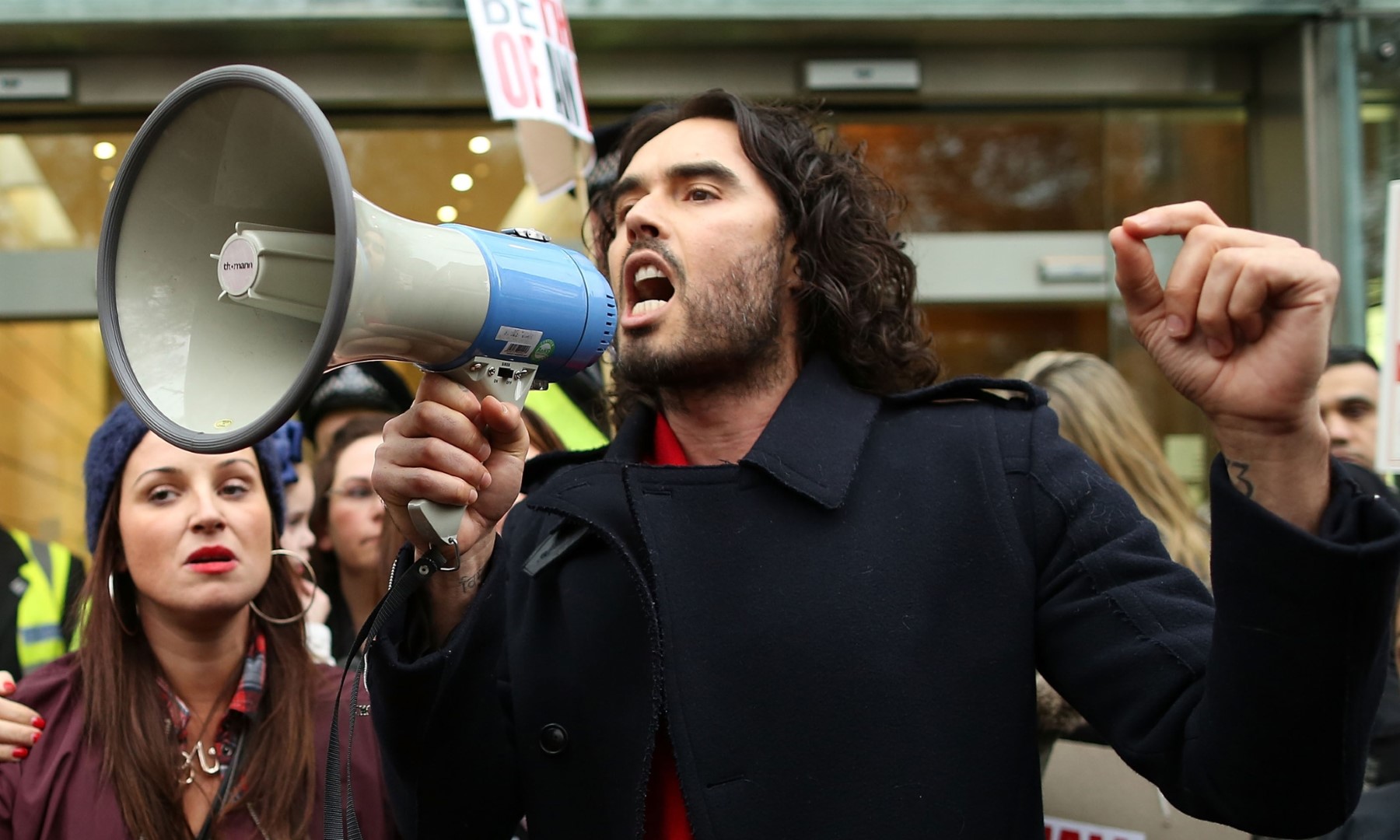 It would seem that one of the key turning points in Russel’s life was when he was asked to record a charity ad in which he was sent to Africa and witnessed first hand the poverty. Being in the middle of such reality appears to have caused Russel to stop and take stock of his life and as he explains he more or less went from there straight to a Paris fashion show with Katy Perry (the cause for their breakup is perhaps subtly hinted at during this revelation stage) and the contrast of extreme lacking of the essentials to the extreme excess of gratuitousness seemed to be the kick in the consciousness that shifted his focus to really looking at the way the world runs and how to start trying to make things more fare for all.

Is he a force for good or a force for himself? Perhaps neither, perhaps both… we see the planning stages of a community project he wants to put in place in which people with addiction problems can find work and start contributing, something that will respect them as people and give them greater self worth. These are the sorts of things I like about Brand… he wants to help… I fear that sometimes his optimism outreaches reality and I worry that he may perhaps end up frustrated at being taken advantage of or that his endeavours to help the world fall on deaf ears or at least get bogged down in bureaucracy. 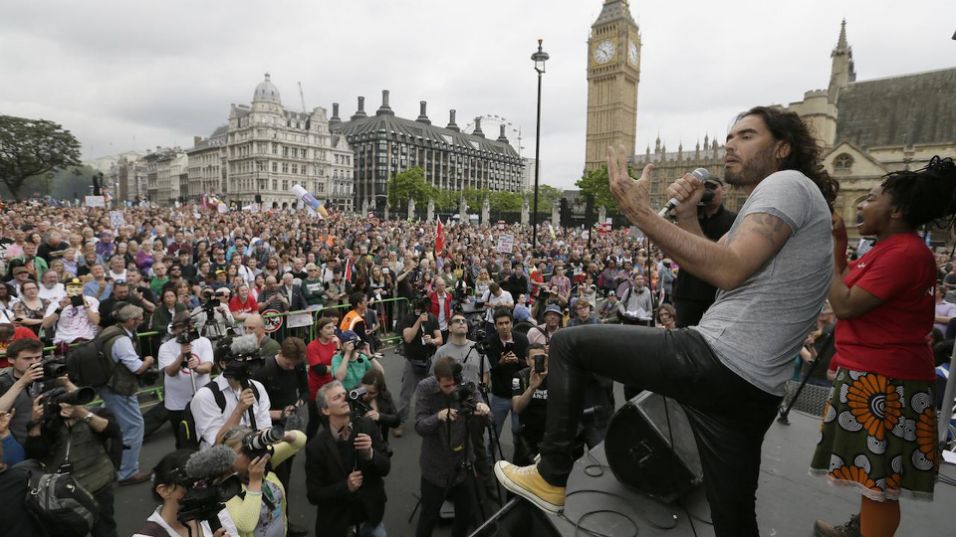 So… don’t expect Brand a Second Coming to be full of laughs, it’s not really a comedy. It is far more documentary on who Russel Brand is, was and perhaps will be. If you are at all curious about the man behind the “brand” then it is certainly worth watching.