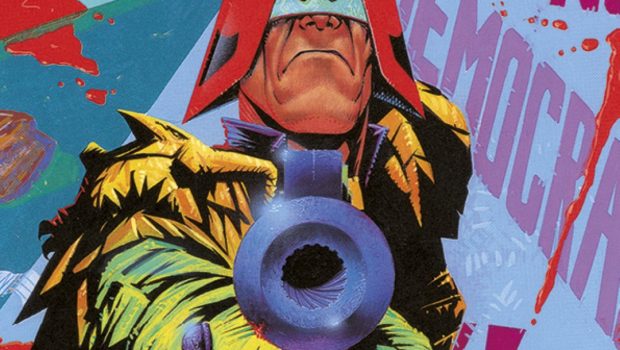 Can you beat Judge Dredd before the tower of liberty crumbles? Prepare to fight for democracy with the Dread: Dredd tabletop role-playing game!

A brand new version of the award-winning TTRPG game Dread will plunge you and your friends into a thrilling race against time in Mega-City One – with a unique game mechanic that will leave you on the edge of your seat!

Written by Ravachol and produced by Rebellion Unplugged, this fantastic tabletop role-playing game for 4-6  players uses tottering towers of Jenga® blocks to create an exciting dynamic as democracy activists race to reveal dark secrets about the Judges before Justice Department catches up with them!

Dread: Dredd will be available to pre-order as a downloadable PDF from the Rebellion Unplugged online shop from Sunday afternoon, with the game launching on Wednesday 30 March.

Epidiah Ravachol said: “When I first met Dredd he was hidden on the “Mature Audiences Only” shelf at my local comic book store. Forbidden fruit for a young teen in the ‘80s! A Dredd setting for a Dread game has come up more times than I can count over the past couple decades. Never something official. Never something beyond a little adventure for between friends. Never something I got around to doing. And then this hit, a now or never chance to score big in Mega City – the opportunity of a lifetime!

“There are games you toil over for years, and there are games that blast their way out of your head, unwilling to wait. It’s been a few decades, but I still feel like that little perp that slipped through old Joe’s icy grip. Exhilarating.”

Duncan Molloy from Rebellion Unplugged said: “We were delighted when Epidiah said he was interested in adapting Dread for our 45th anniversary. It’s such a unique game and the way it’s been adapted to Dredd’s world is brilliant. The playthrough by Grant, Al, PJ, and Jen as part of this weekend’s online convention is hilarious and well worth checking out, if only to see how fun this game is for 2000 AD fans and newbies alike!”

As the iron fist of Justice Department tightens its grip on the people of Mega-City One, there stirs once again movement towards democracy. As pro-democracy agitators, now is the time to take a stand for self-governance!

Because now you have Walter, a former Justice Department droid and somewhat reluctant co-conspirator who has damaging information about the Judges. Information the public must hear. And you will deliver it to them, today, at the opening game of the first Aeroball season in decades. 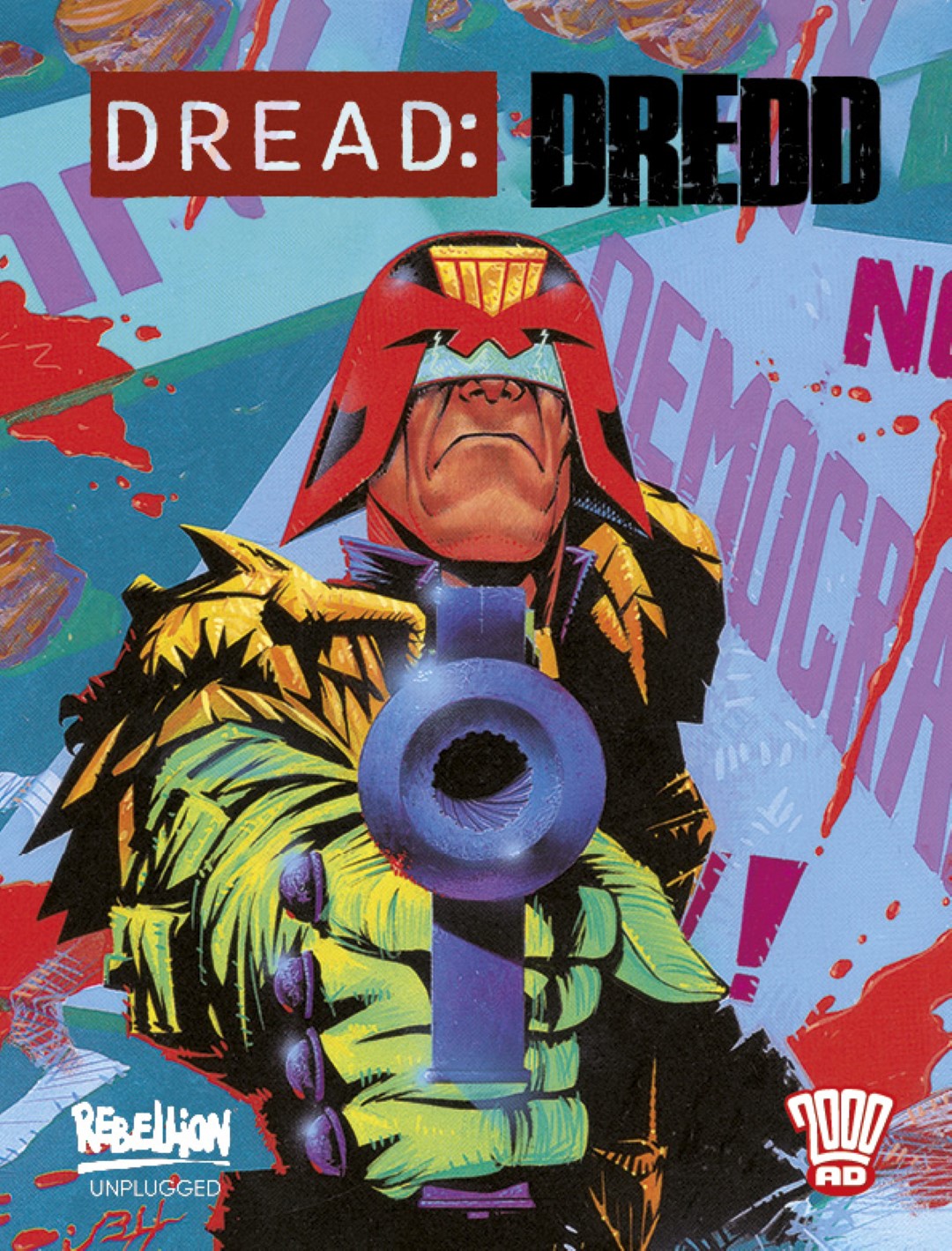 All of Mega-City One will be watching. The Judges will be unable to pre-emptively shutdown the broadcast for fear of citywide riots. It is the perfect opportunity. Never has democracy stood a better chance.

One player takes on the role of the Host, tasked with representing the mayhem and magnificence of Mega-City One and its inhabitants. The other players act as characters living in the shadow of the Statue of Judgement, doing whatever it takes to thrive and survive.

Of course, surviving isn’t always so easy. When the players are faced with difficult or dangerous actions, they must pull wooden blocks from a tower to discover whether they succeed. If the tower comes crashing down, their character dies. The stakes are high when you take on the Judges but there is some hope in your new character abilities, reflecting the city’s wide range of inhabitants.

Available for download from shop.2000AD.com from 30 March, the Dread: Dredd PDF will contain everything you need to run this standalone adventure – adapted Dread rules, pre-created character sheets, the Adventure booklet, and an Encounter list for the Host to refer to throughout the game. Just add a block tower and your gaming group and you’re good to go!