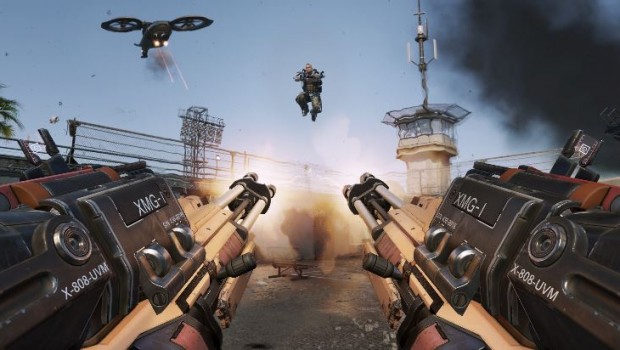 Sydney, Australia – July 28, 2015 – Call of Duty®: Advanced Warfare wraps up an extraordinary DLC season with the release of the fourth and final DLC pack, Call of Duty: Advanced Warfare Reckoning, coming August 5 first on Xbox Live, the world’s premier gaming community from Microsoft for Xbox One and Xbox 360, with other platforms to follow.  Reckoning features four all-new maps that takes players from New Baghdad all the way to South Korea as they grapple their way out of ship-fired missile strikes, dodge plasma lamp explosions and boost jump off crumbling glaciers; the return of the Exo Grapple playlist and the thrilling conclusion to Exo Zombies.

“We’ve had an absolute blast supporting the fans throughout the DLC season, and continue to come up with fun new ways to play Advanced Warfare.  The support and feedback we’ve received from the community continues to inspire us, and we’ve taken that inspiration to heart with Reckoning to deliver a new set of multiplayer maps and the conclusion to Exo Zombies.  We are grateful to all of our fans and hope everyone enjoys playing the new content as much as we enjoyed creating it,” said Michael Condrey, Co-Founder and Studio Head, Sledgehammer Games.

“What an amazing journey this has been.  From the moment we began with prototyping Advanced Warfare all the way to the completion of our fourth DLC pack, Reckoning, it’s been an incredible experience. We’ve often said we have the best fans in the world, and we mean it.  We look forward to continuing to support our fans,” said Glen Schofield, Co-Founder and Studio Head, Sledgehammer Games.

Closing out the final DLC Pack for Call of Duty: Advanced Warfare is the dramatic conclusion of the Exo Zombies saga with the last episode, Descent.  In the last episode, the team – Bill Paxton (Aliens, Titanic, Edge of Tomorrow), Rose McGowan (Planet Terror, Scream), Jon Bernthal (Fury, The Wolf of Wall Street) and new member Bruce Campbell (Army of Darkness, Burn Notice), are about to escape from the Atlas aircraft carrier on which they’ve been stranded.  But before they do, they discover their friend and original squad member, John Malkovich (In the Line of Fire, RED, Burn After Reading), has been turned, and is now among the undead.  Descent introduces a remote ocean Atlas survival facility, new “fused” exo zombie enemies, and the Trident Reflected Energy Weapon.

Call of Duty: Advanced Warfare DLC is developed by Sledgehammer Games with additional development by Raven Software and High Moon Studios.  Call of Duty: Advanced Warfare is published by Activision Publishing, Inc., a wholly owned subsidiary of Activision Blizzard (Nasdaq: ATVI), and is available for Xbox One, the all-in-one games and entertainment system from Microsoft, PlayStation®4, PC, as well as Xbox 360 games and entertainment system from Microsoft and PlayStation®3 computer entertainment system. The title is rated MA15+ for Strong Violence by the Australian Classification Board.