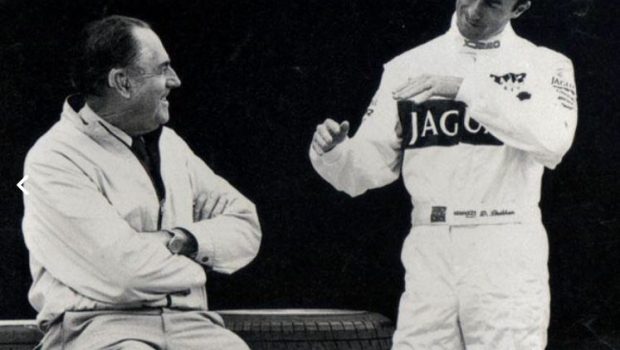 RACING TO THE BIG SCREEN: TRAILER FOR BRABHAM RELEASED

From the producers of the award-winning The Eye of the Storm, BRABHAM is an unprecedented look at the incredible life of Australian Formula One icon Sir Jack Brabham.

The trailer is now available to view below. The film will host a Red Carpet Australian Premiere as part of Brisbane International Film Festival on Sunday 6th October, with a second chance for fans to see the film on Wednesday 9th October.

Directed by Ákos Armont and co-written by Armont and Tony Davis, BRABHAM digs deep into the making of a racing legend. Taking on the giants of Ferrari, Lotus and Maserati, Jack secured his legacy by becoming the only driver to win a Formula One championship in a vehicle of his own creation. BRABHAM looks at the effect that Jack’s single-minded determination had on his life and his relationship with his youngest son David, who continues the Brabham dynasty with his own venture into the cutthroat world of championship racing.

BRABHAM will screen as part of Brisbane International Film Festival and will be available for FanForce screenings in Australia from February 2020.

Any group or individual keen to bring BRABHAM to their local cinema or venue can book a screening on Fan-Force.com here: https://fan-force.com/films/brabham/

Fan-Force enables fans to Host screenings of BRABHAM and even fundraise for local initiatives which is a great idea for clubs anywhere across Australia and New Zealand.