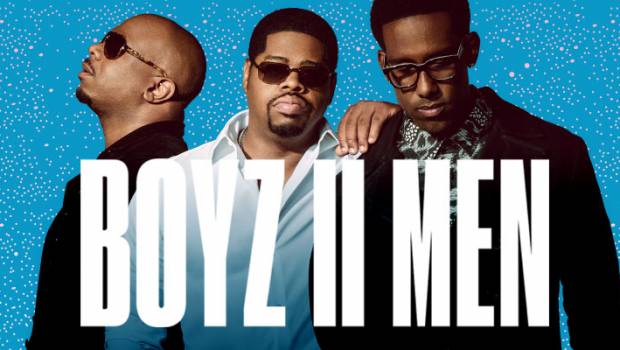 Iconic Philadelphia soul stirrers Boyz II Men last impressed Australia in 2015 on a massive hits tour. Already confirmed as headliners of the first-ever winery concert series RNB Vinedays alongside iconic R&B group TLC, Frontier Touring are thrilled to announce that due to overwhelming demand the trio will also be performing a special headline show at TRAK Lounge Bar in Melbourne on Thursday 8 February.

Formed in 1985 as high school mates, the band was fundamentally built on rich harmonies, a penchant for soul, and rehearsals in small spaces ranging from their local hangouts to the school bathrooms. Fast forward over three decades later, and the group have picked up 4 Grammy Awards, an international following, and a star on the Hollywood Walk of Fame.

The boys first broke the world stage with 1991’s debut release Cooleyhighharmony, which reached the top spot on Billboard US’s Top R&B/Hip Hop Albums chart, peaked at #4 on the ARIA Album Chart, and featured timeless chart-topping singles like ‘End of the Road’, a prime reflection of the now-veterans’ rich harmonies and delicious bass licks.

Since then, the group have utilised the past few decades building a stunning back catalogue, backed by a marked consistency. Hits span from 1994’s ‘I’ll Make Love to You’ from second album II, which shot to #1 in 4 countries including Australia, to the more recent ‘Pass You By’ from 2000’s fourth album Nathan Michael Shawn Wanya.

Their 10th record Twenty (2011), which debuted at #4 on the Billboard R&B Album chart, was aptly named as an anniversary album, also featuring the musicians’ first original material in over a decade. Off the back of those songs, as well as those featured on 2014’s landmark record Collide, Boyz II Men stormed Australia on a national hits tour three years ago.
‘…Boyz II Men delivered an evening of classic R&B that left those in attendance
knowing they’d just witnessed greatness.’ – The Music

Currently starring in Grease: Live, which originally aired on FOX in 2016, Boyz II Men are set to showcase more than 25 years of classic hits as well as inspiring covers when they kick off their summer Aussie run. You won’t want to miss out on their hotly anticipated Melbourne show next month, along with the inaugural RNB Vine Days!