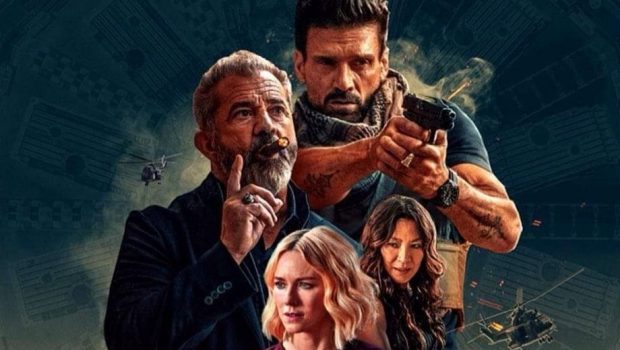 Summary: A nice solid old-school style action movie that leans into the absurdity of its premise for a fun ride.

Roy (Frank Grillo) wakes up and fights off assassins every day, at some point during the day he knows he is going to cop it, but tries to make it at least to the local bar so he can get drunk before they track him down. He wakes up at the same time every morning and it begins again.

There is some sort of science explanation but the premise is absurd enough and it steers into the absurdity some you are not expected to understand everything.

While the basic premise borrows heavily from Groundhog Day and the more recent Happy Death Day this one is more violent and over the top. “Relished  or cruel violence” is a cause of a higher rating in Australia for some reason.

I had heard of the director somewhat but not really seen his movies, he had worked on the A-Team, Smokin’ Aces and the Grey in the past. He has been chosen to do the Raid remake but I am not going to hold that against him.

Frank Grillo is a reliable knucklehead in his action roles and not usually known for his comedy roles which makes this a more interesting role for him. It does not really seem far-fetched that he could do some of the things in the movie as he has literally tried hundreds of times but the end of the movie.

Mel Gibson is more the “figurehead of menace in the neighbourhood” and does not really get that big a role in this the same with Naomi Watts who has the thankless task of being the love interest/plot exposition person.

A bit disappointed that Michelle Yeoh really only got a cameo in this movie but am glad that she was in the movie at all. Selina Lo as Quan Yi (and Quan Yi has done this) was nice and all but not really a substitute for having Michelle Yeoh in that role.

The rest of the assassins are solid looking character actors who are the meat and potatoes for these sorts of films. With a lot of action stars looking the same these days it is good to see some interesting people in the cast of characters.

I enjoyed the action and it seemed to fit together well and not get boring even if it did “reboot” hundreds of times, they didn’t show exactly the same thing each time. The only creaky bit was the scenes in the retro video game arcade which violated the “show, don’t tell” rule.

Looking forward to seeing some of the cast from this in the future in other films, Frank Grillo has been doing well for himself.

A nice satisfying action film and well worth a watch if you are a fan of genre cinema with even a passing interest in video games or concepts around them. It is a bit violent for younger viewers but it is over the top style violence mixed in with comedy which takes the edge off.