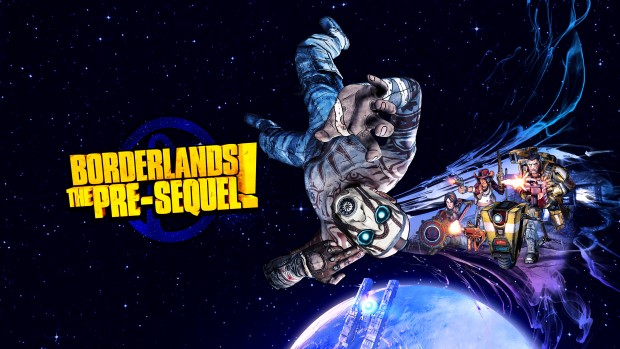 Borderlands: The Pre-Sequel Hands On Preview

Recently  Impulse Gamer was invited to a preview event in Sydney for a hands on impression of Borderlands: The Pre-Sequel as well as getting the chance to speak to some of the creative minds behind the game.

Taking place in the five year period between Borderlands 1 and 2 (And, paradoxically, also after the events of the latter game), the aptly named Borderlands: The Pre-Sequel transports players to Pandora’s moon Elpis for more satisfyingly anarchic gunplay. 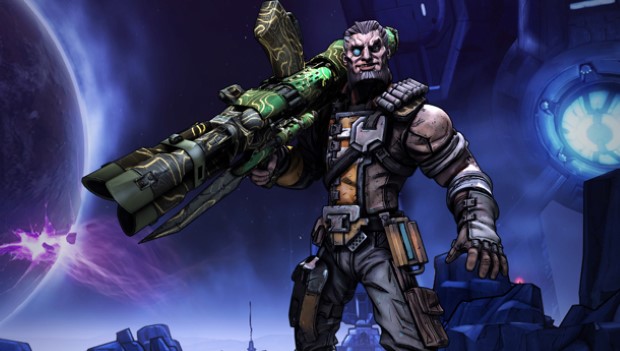 The main plot of The Pre-Sequel focuses on Jack (He hasn’t yet earned the title of Handsome, apparently) and his journey to becoming the villainous antagonist familiar to fans of Borderlands 2. A lowly programmer for Hyperion and still possessing honourable intentions, Jack is tasked with taking back a highjacked moonbase, enlisting the assistance of some familiar faces to help him along the way.

For the first time in the series the game isn’t being handled by Gearbox, with the creative reigns being handed to 2K Australia this time around, allowing for the local developer to put their own Antipodean stamp on the Borderlands universe (The denizens of the moon all boast an Ocker ‘Strayan accent).

But it’s not simply the same old creamy Borderlands goodness this time around, with the new moon setting drastically changing the way players approach combat as well as traversing the austere environment of the moon. 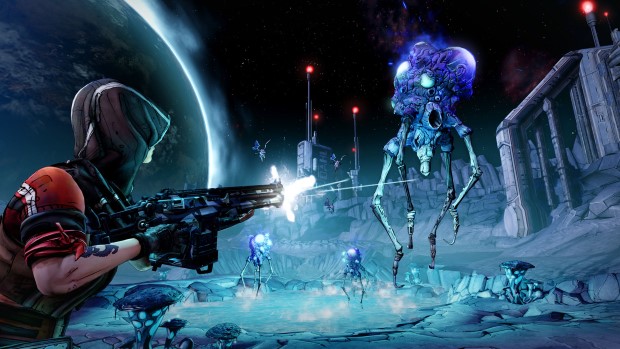 The low gravity atmosphere of Elpis allows players to bound across the landscape in protracted bursts, which lead to this reviewer taking great delight in hopping about gleefully whenever the opportunity presented itself.

These floaty physics enable players to reach areas that would have been inaccessible in the previous games as well as instilling movement with a slow, dreamlike quality; combat becomes a frenetic experience that takes full advantage of the increased verticality, with a healthy portion now taking place whilst airborne, reducing the need for constantly ducking behind cover and the inclusion of a new slam attack allows players to hurtle back to terra firma with devastating force. 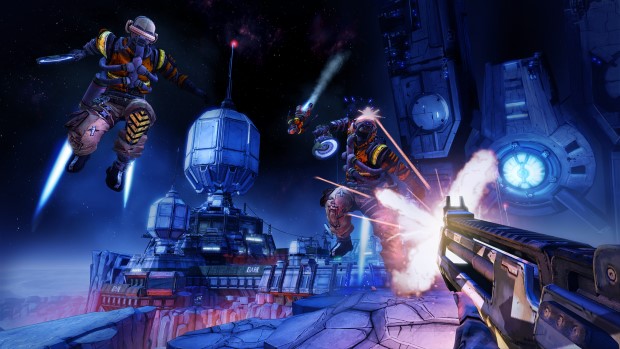 There’s also a nice selection of vehicles (With their own slam attack) that players can use to zip around the unforgiving outdoor environments of Elpis.

Also new to the series are OZ kits, limited supply oxygen kits that, aside from the useful ability of keeping the player alive, also serve as rudimentary jet packs that can be harnessed to propel players to out of reach areas via use of a double jump as well as being used in conjunction with weaponry to produce elemental effects, such as the much touted new Cryogenic attack and using fire in high oxygen environments to flush out enemies. 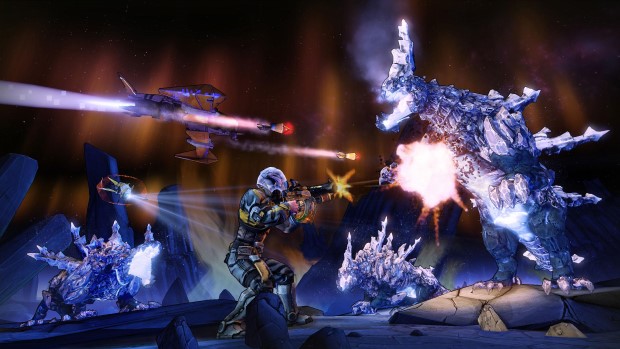 Speaking of weapons, Borderlands: The Pre-Sequel adds lasers to the series’ already immense armoury, with as varied a selection to choose from as fans would expect: Shotgun Lasers, continuous beams, laser chain guns – 2K Australia has taken great pains to appease laser aficionados (That has to be a thing, right?). There’s also a new machine called a grinder where characters can toss in three of their guns in order to create a single brand new (And hopefully better) weapon.

The cast of Vault Hunters feature familiar faces from previous games and DLC aiming to make their mark in the Borderlands Universe. Firstly there’s Wilhelm, looking very different to his heavily augmented appearance in Borderlands 2, Nisha, who this time around is merely a gunslinger rather than the eventual Sherriff of Lynchwood and Handsome Jack’s romantic plaything, Athena, a morally ambiguous assassin and finally fan favourite motormouth Claptrap finally makes his playable character debut. 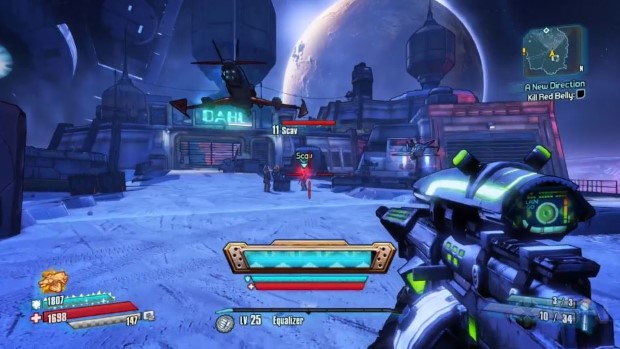 I had the opportunity to play as both Claptrap and Wilhelm and both made for interesting approaches to the game, although if I had to pick a favourite it would have to be Claptrap, if only for his special ability, Vaulthunter.exe.

Each character has their own special attack – Wilhelm calls a pair of drones for assistance, Athena can use her shield to absorb damage and fling at her enemies like Captain America and Nisha can summon Showdown, which gives her perfect firing accuracy, increased speed and more overall damage. 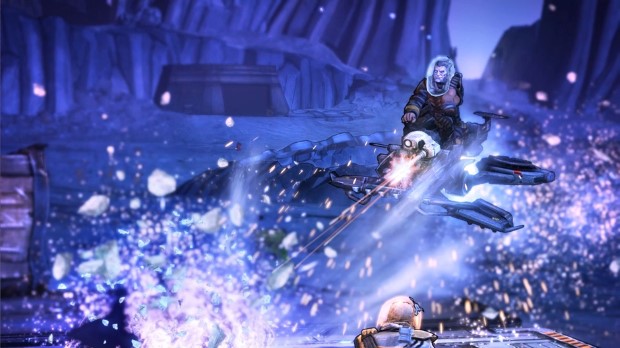 It’s Claptrap’s ability that I found to be the most interesting, though, as it affects his fellow Vault Hunters as well as himself; by activating Vaulthunter.exe, Claptrap runs a program that aims to emulate the skills of Vault Hunters, such as affording everyone Gunzerker (Or Funzerker, as it’s called here) abilities or giving Claptrap a handy minion, although with Claptrap there’s always the  chance that things can go terribly wrong and on occasion activating Vaulthunter.exe can result in players being encased in giant rings and helplessly ricocheting off of the environment.

Although the hands on session was a blast, there were some areas where the game could use some tightening up, such as a couple of confusing objectives (One area had us tasked with disabling a shield by taking damage near external power boxes in order to activate a defensive blast, yet despite following instructions I’m not entirely sure how exactly we completed the task as most of our efforts failed miserably), difficulty ascertaining exactly where to go at times and my game unfortunately freezing during one particularly chaotic moment, but I have total faith that 2k Australia will have these, admittedly minor, issues ironed out come release. 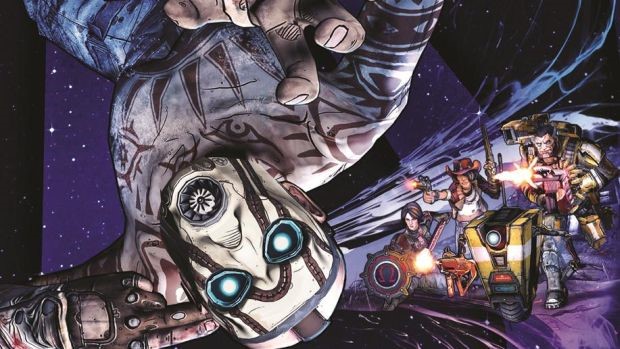 With an intriguing new setting and gameplay elements that enhance rather than distil the essence of the Borderlands series, 2K Australia’s efforts have more than paid off and my first impression of Borderlands: The Pre-Sequel was incredibly positive – I genuinely think this is shaping up to be the best entry in an already accomplished franchise. Fingers crossed it eventually comes across to current gen consoles as well.

Bring on October the Sixteenth!