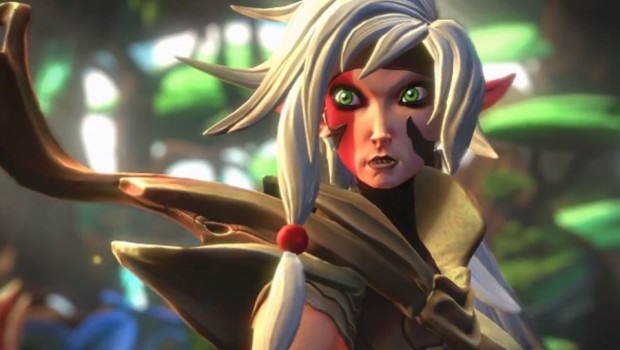 Today 2K and Gearbox Software announced Attikus and Galilea, the 19th and 20th characters to be revealed for the upcoming hero-shooter Battleborn, which launches with 25 playable heroes on PS4, Xbox One and PC on May 3, 2016.

Attikus and Galilea are both up-close-and-personal brawlers, relying on bio-technology and dark energy, as well as good old fisticuffs and swords to strike down their enemies. Like all Battleborn heroes, Attikus and Galilea are available to play in both competitive multiplayer matches, as well as the game’s Story Mode – which can be played singleplayer, co-op up to 5 players, or 2-player splitscreen. Attikus is a slave, laborer, and warrior, who has been shoved into the deepest of mines and kept down.

But when her sabotage mission went wrong and she was mortally wounded, it was the very technology she sought to destroy that ultimately saved her life. Now unstable, immortal, and reeking of life-draining dark energy, Galilea is at war with herself and her new powers as she hopes to find a new purpose with the Battleborn and their fight to save the last star in the universe.

You can read a lot more about both characters, including about how they play in-game in the official announcement on the Battleborn website:
https://battleborn.com/en/news/view/en-two-new-battleborn-heroes-revealed-attitkus-and-galilea/