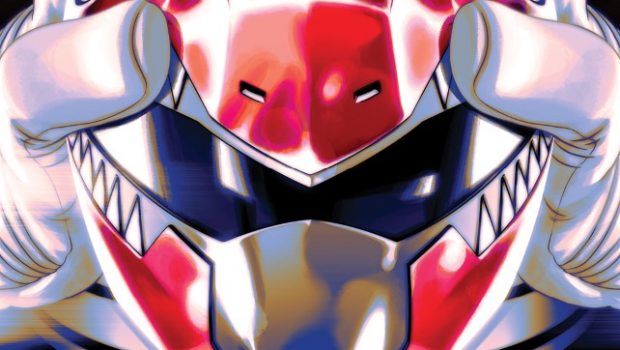 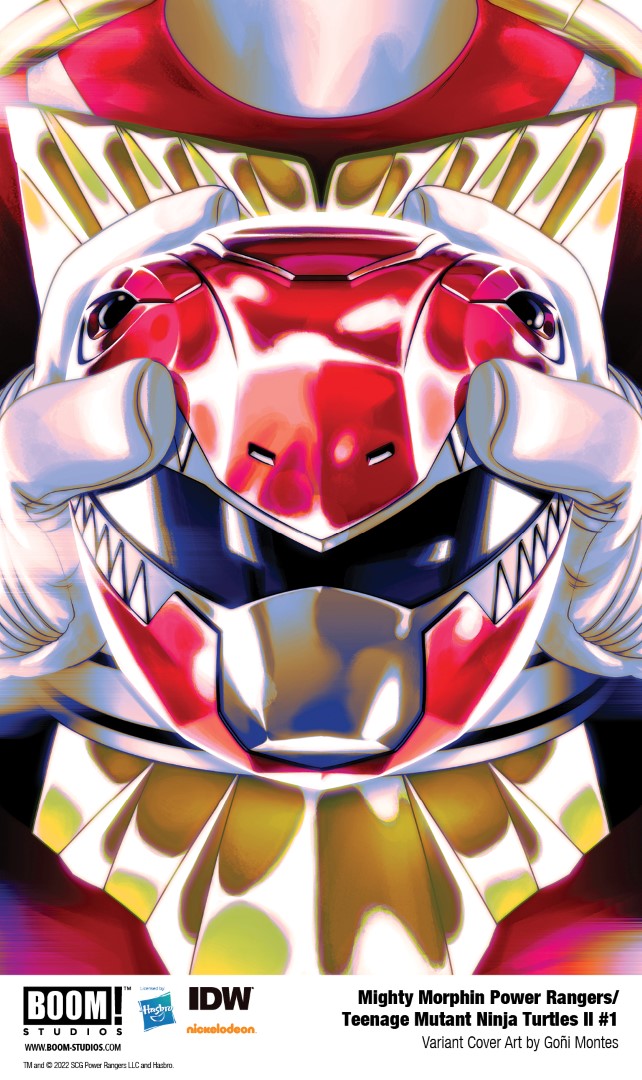 In this sequel comic book series, several months have passed since the Teenagers With Attitude and the Heroes In A Half Shell teamed up to defeat the unholy alliance of Rita Repulsa and Shredder, but a new threat will force them to reunite in the crossover YOU demanded!

Between an invasion from beyond, old enemies teaming up with unlikely accomplices, and a threat to the Rangers’ powers themselves, will the two teams survive the onslaught from a terrifying new foe or will they need help from the most unexpected ally imaginable?

Collect one issue with all four connecting main covers by Dan Mora, a very special double gatefold variant, and don’t miss this collector’s opportunity, as TMNT co-creator Kevin Eastman and acclaimed artist Freddie Williams II team up for a variant cover for every issue in this series!

But that’s not all, a very special Deluxe Edition variant cover, with art by Williams II, will include 1 of 10 evenly intermixed trading cards and an exclusive print celebrating this epic crossover event!

Print copies of MIGHTY MORPHIN POWER RANGERS/ TEENAGE MUTANT NINJA TURTLES II #1 will be available for sale in December 2022 at local comic book shops (use comicshoplocator.com to find the one nearest you) or at the BOOM! Studios webstore. Digital copies can be purchased from content providers like comiXology, iBooks, Google Play, and Kindle.

For continuing news on the MIGHTY MORPHIN POWER RANGERS series and more from BOOM! Studios, stay tuned to boom-studios.com and follow @boomstudios on Twitter.

Currently, Power Rangers is celebrating 29 continuous years on the air, making it one of the longest-running kids’ live-action series in television history, with over 900 episodes aired to date. Created by Haim Saban and launched in 1993 with Mighty Morphin Power Rangers, the series launched its 29th overall season in Spring 2022, with season two of “Power Rangers Dino Fury,” which airs exclusively on Netflix in the U.S.. Recently on National Power Rangers Day, the 30th season “Power Rangers: Cosmic Fury” was also announced to debut in 2023.