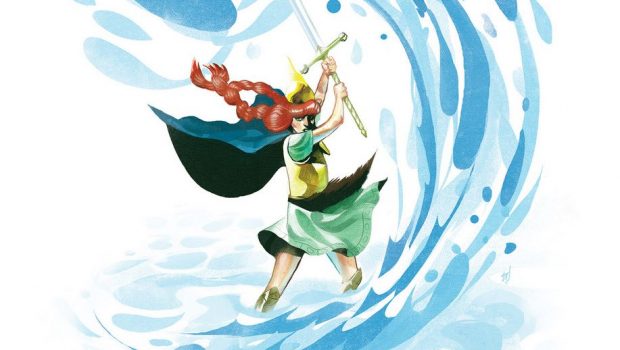 Fans of this enchanting series can look forward to stories about shapeshifters of lore by acclaimed creative teams such as award-winning author Darcie Little Badger (Elatsoe) with artist Alexandra Fastovets (Genu) and colorist James Fenner (The Sacrifice of Darkness), illustrator and cartoonist Em Niwa, and comics writer Deron Bennett (Quixote) with artist Bruka Jones (Perdita Aside).

In JIM HENSON’S THE STORYTELLER: SHAPESHIFTERS #1, Dain, a nefarious, power-hungry magic user and Lir’s brother-in-law, plots to steal the throne from Lir and his family by turning Lir’s children into swans and ascending the throne himself. While Fionna, the eldest child, attempts to find a way to break their curse, the swan-children are forced to wander near and far for nearly a thousand years. They endure much hardship and sorrow but face the curse together . . . finding solace and strength in one another.

JIM HENSON’S THE STORYTELLER is the latest release from BOOM! Studios’ ambitious Archaia imprint, home to graphic novels such as Mouse Guard by David Petersen, Bolivar by Sean Rubin; Cursed Pirate Girl by Jeremy Bastian; Slaughterhouse-Five by Kurt Vonnegut, Ryan North, and Albert Monteys; The Sacrifice of Darkness by Roxane Gay, Tracy Lynne-Oliver, and Rebecca Kirby; The Short While by Jeremy Sorese; Better Angels: A Kate Warne Adventure by Jeff Jensen and George Schall; Eighty Days by A.C. Esguerra, and licensed series including Lev Grossman’s The Magicians by Lilah Sturges and Pius Bak, as well as Jim Henson’s The Dark Crystal: Age of Resistance and Jim Henson’s Labyrinth: Coronation.

Print copies of JIM HENSON’S THE STORYTELLER: SHAPESHIFTERS #1 will be available for sale in March 2022 at local comic book shops (use comicshoplocator.com to find the nearest one) or at the BOOM! Studios webstore. Digital copies can be purchased from content providers, including comiXology, iBooks, Google Play, and Kindle.

For more on JIM HENSON’S THE STORYTELLER comic books and more from Archaia, stay tuned to boom-studios.com and follow @boomstudios on Twitter. 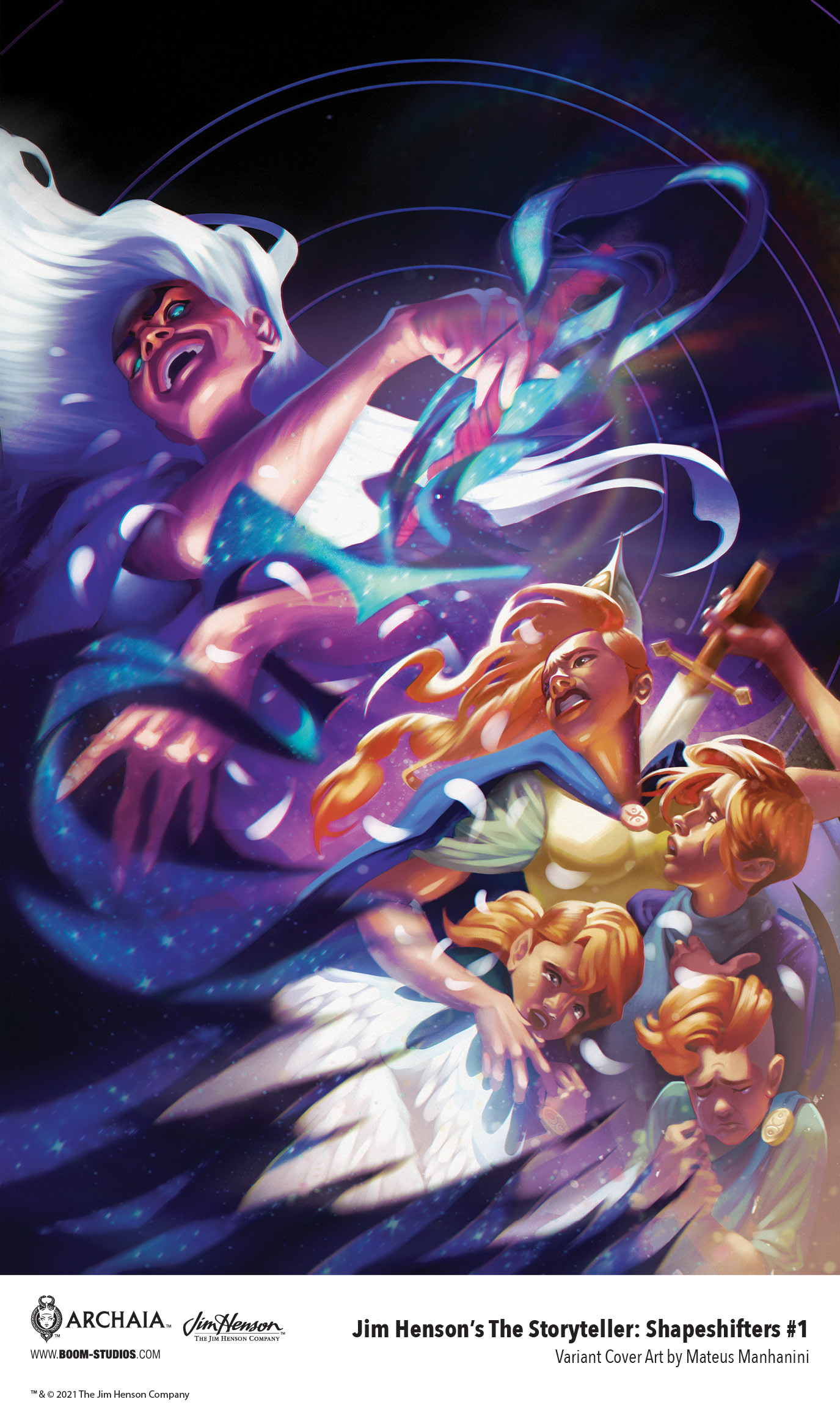 ABOUT THE JIM HENSON COMPANY
The Jim Henson Company has remained a leader in family entertainment for over 60 years and is recognized as an innovator in puppetry, animatronics, and digital animation. Best known as creators of the world-famous Muppets, Henson has received over 50 Emmy Awards and nine Grammy Awards. Henson’s most recent television credits include Earth to Ned for Disney+, Fraggle Rock: Rock On! for Apple TV+, and the critically acclaimed Netflix Original series The Dark Crystal: Age of Resistance, along with the Emmy®-nominated productions Dinosaur Train (PBS), Sid the Science Kid (PBS), Splash and Bubbles (PBS), and Julie’s Greenroom (Netflix), as well as Word Party (Netflix), Dot. (Universal Kids /Hulu), and Doozers (Hulu/Universal Kids). Previous productions include Fraggle Rock, The Storyteller, and the sci-fi series Farscape for TV, and the feature films The Star (Sony Pictures Animation), Alexander and the Terrible, Horrible, No Good, Very Bad Day (Disney), as well as The Dark Crystal, Labyrinth, MirrorMask, and Jim Henson’s Turkey Hollow. The Company is currently in production on a reboot of Fraggle Rock and Harriet the Spy, both for Apple TV+, and Guillermo Del Toro’s Pinocchio for Netflix.

With additional locations in New York and London, The Jim Henson Company is headquartered in Los Angeles on the historic Charlie Chaplin lot, complete with soundstage and post-production facilities. The Company is home to Jim Henson’s Creature Shop™, a pre-eminent character-building and visual effects group with international film, television, theme park and advertising clients, as well as Henson Recording Studios, one of the music industry’s top recording facilities known for its world-class blend of state-of-the-art and vintage equipment. The Company’s Henson Alternative brand includes the feature film The Happytime Murders, Netflix’s The Curious Creations of Christine McConnell, and the live puppet improvisational show Puppet-Up! – Uncensored, currently on tour.