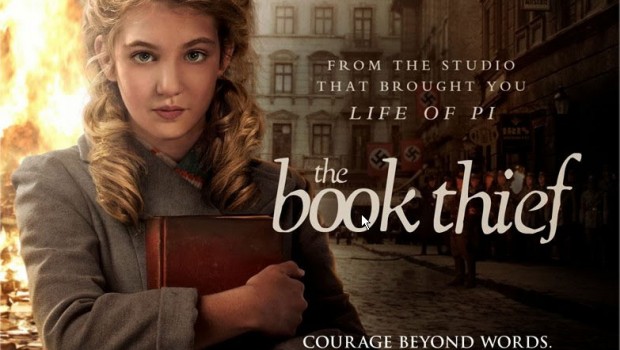 Summary: The Book Thief is a fine film about the how German families got by during the war time, but has too little books and emotions.

Marcus Zusak’s novel “The Book Thief” is a classic. The book has captured the hearts of many around the world for its beautiful and heartfelt story of a young girl living in World War II. Unlike many books, everything about “The Book Thief” presented the perfect opportunity to make an amazing film. It’s such a shame that The Book Thief is missing something so major that would have made it the wonderful film it could have been, and that is emotion. What we have been given by director Brian Percival is a visually beautiful film with a story which you know you should be shedding tears over…yet this is not the case. The Book Thief is by no means a failure, but it does not prompt your heartstrings into motion the way it should. 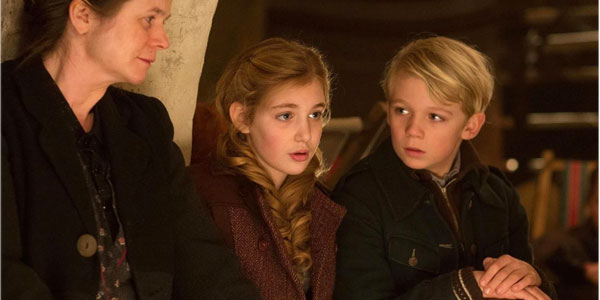 Young Liesel (Sophie Nelisse) has experienced an unhappy childhood and after her younger brother dies, her mother is unable to take care of her. She is adopted by a childless couple, gentle Hans (Geoffrey Rush) and hot-headed Rosa (Emily Watson). She quickly develops a father and daughter bond with Hans and he is the one who discovers Liesel’s odd, but endearing habit of “stealing” books and using them as comfort in the harsh times of World War II in Germany. He helps her by teaching her to read and using the basement as a classroom just for her. The classroom is soon turned into the hideout for a young Jewish man by the name of Max (Ben Schnetzer) whose father Hans had made a promise to. While there are troubled times in the world, Liesel finds love and happiness in her new home.

The Book Thief had so much potential. If it was done in the right way it could have been a potential Oscar nominee in various categories. It seems like a real shame that the amount of emotion the book could provoke could not transfer to the screen. Even if you had not read the book, there are scenes particularly towards the end of the film which you watch and know you should really be on the verge of tears, but you are not. This is no fault of any of the actors. We know from previous roles that they are all fine performers and have no problem evoking emotions in their audiences. Therefore we can only assume that they were not pushed by Percival and that the adapted screenplay did not provide enough opportunity for the actors in this way. 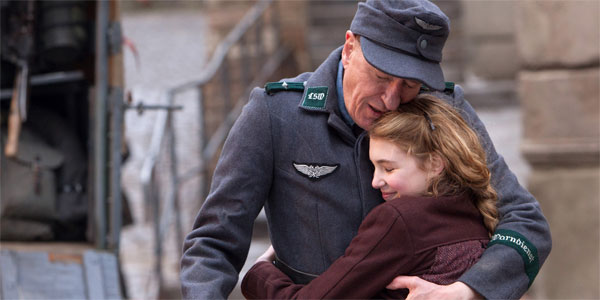 Yet there is still beauty in the film. Visually, the film is gorgeous and extremely convincing of such a time as seen through the eyes of a child. The village in which the family lives is wonderfully recreated for the time in which it is set. While being quite a pretty town, it is also quite depressing as a result of the inhabitants being burdened with war. The colour grey is used a great amount in the outdoor shots of this town and this adds towards the feeling of the inhabitants as grey is a colour associated with unhappiness. Other outdoor scenes of Liesel and Rudy (Nico Liersch) at the river are very beautiful. Given the way that The Book Thief is visually perceived, it is a success because it captures the atmosphere of Germany during the war in a perfect manner. 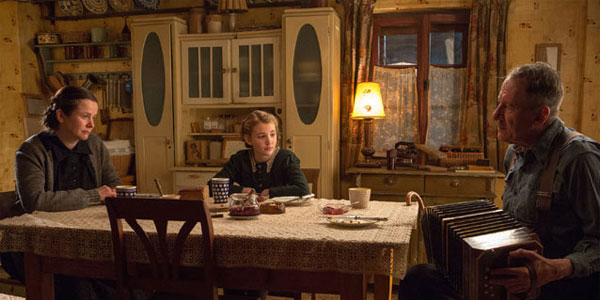 Sophie Nelisse does very well as Liesel. She is extremely convincing and the viewer is sympathetic towards her from the very first minute. However, it really does feel as though she isn’t given the chance to take her performance to the level where it would have an emotional impact on the audience. Emily Watson is brilliant as Rosa. She completely personifies a woman of the times in attitude and in emotion. She is hard and seemingly cold, but you can tell that she has made herself this way in order to protect herself and her husband from being hurt too much by the hardships. She shows her softer side throughout the film in due time. Geoffrey Rush works very well with both Nelisse and Watson and does well himself. Although he does have one scene which stands out from the rest. The Book Thief is a fine film about the how German families got by during the war time, but has too little books and emotions. 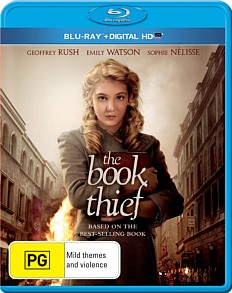