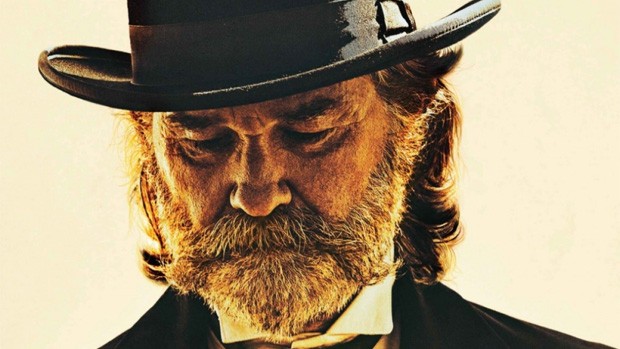 Directed by S. Craig Zahler, Bone Tomahawk is a violent western that stars Kurt Russell as Sheriff Franklin Hunt who is attempting to stop a group of cannibal savages threatening to destroy the town of Bright Hope. Unlike some other westerns, Bone Tomahawk is quite a stark and violent contrast that is also accompanied by its cinematography that helps cement this tale of savagery and society gone wrong. At times, it’s almost like a horror but thankfully the director doesn’t stray too far from the Western genre. 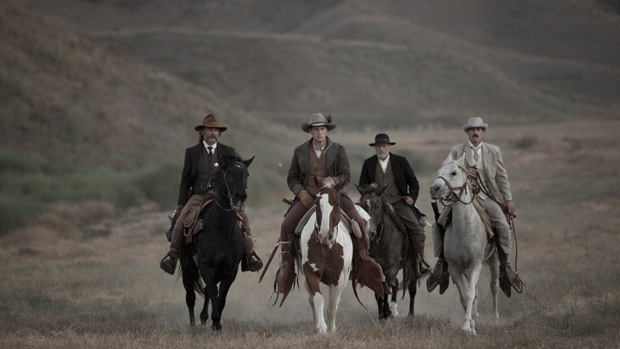 So when a group of settlers is kidnaped by these cannibals, Sheriff Franklin Hunt organise a posse of the men’s townsfolk in order to hunt down this vile tribe of savaged who have been labelled “Troglodytes”. Also joining the sheriff is the heroic John Brooder (Matthew Fox), the knowledgeable and old Deputy Chicory (Richard Jenkins) and recent gunslinger Arthur O’Dwyer (Patrick Wilson). Their mission is to find the trail of these cannibals in order to get their people back and O’Dwyer’ s wife (Lili Simmons).

Needless to say, their task is almost impossible and although these cannibals are the target, it soon becomes a story of survival which is also a bloody one. However what made Bone Tomahawk such a compelling watch for me were the main actors who brought a grimness and even a touch humour to their roles which make them quite relatable characters. Surprisingly for this genre, all the characters have their moment to shine, particularly Russell and Fox’s characters. 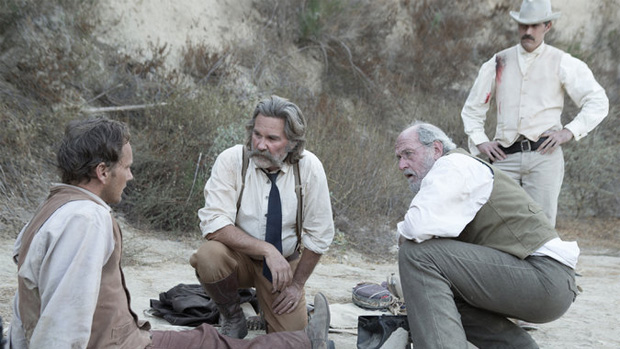 Add in the great banter and rapport between the characters and it creates quite a thrilling film that will have you on the edge of your seat due to the suspense.  Sure, there are a few clichés and stereotypes on the film but Zahler’s script works well and adds to the intensity of at times a very uncomfortable film, given the nature of its violent content. My only slight grip about the film is that it is a little too long but seeing Kurt Russell return to a Western is still worth the price of admission. 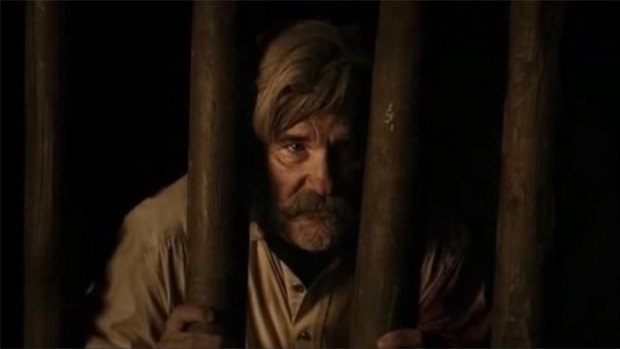 Well presented on Blu-ray with exceptional video and audio quality, Bone Tomahawk is an engaging and gruesome story about a group of men who begin their own journey of redemption and destruction as they attempt to thwart this darkness. 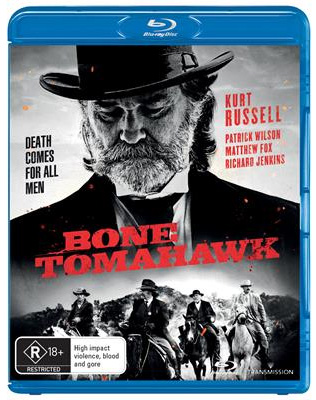