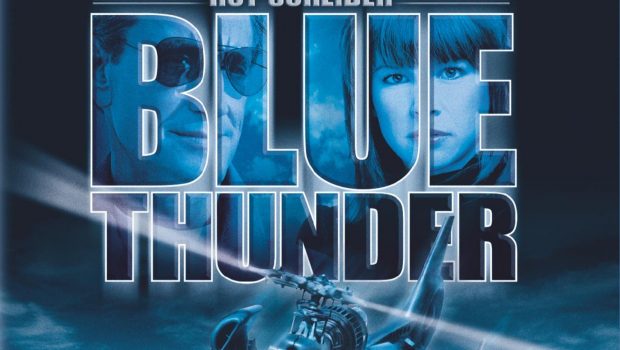 Summary: Though quite some years old now... the themes are perhaps even more relevant now, not just in the air but on the ground.

In the era of “cop on the edge” storylines… Blue Thunder takes a slighty different but still familiar character creation. Frank Murphy (Roy Scheider) is an ex Vietnam Vet now flying helicopters for the Los Angeles Police force. After taking on a new partner Frank is asked to test pilot a new experimental “anti terrorism” helicopter. After watching a demonstration of the helicopter, nicknamed Blue Thunder, Frank learns that not only is his ex commanding officer the pilot in the demonstration but that he is also linked to some high level questionable activity. 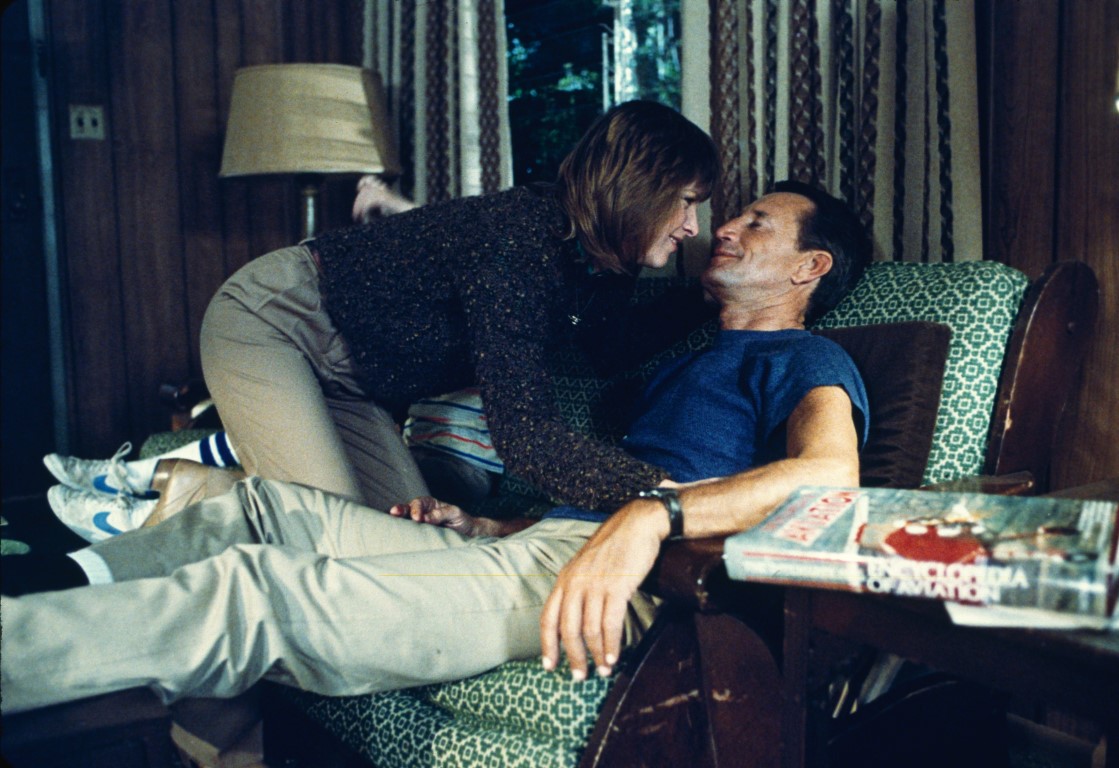 Though quite dated in parts now, 1980’s fashions and phones being the big standouts, the films key theme is perhaps even more relevant today. Whilst the “bad guys” of choice for Blue Thunder seemed to be the hispanics (though if you follow Donald Trump’s line perhaps they are still the “bad guys”) there is a very strong sense at the moment that there is a great disconnect between the public of America and the force that is exerted by the police to stop perceived threats. Interestingly there was a Last Week tonight special that focused almost exactly on the modern equivalent, the militarisation of the police force and whilst it was more on the armour and vehicles of the forces on the ground… I could just imagine the supply of minigun mounted attack helicopters not being far off. 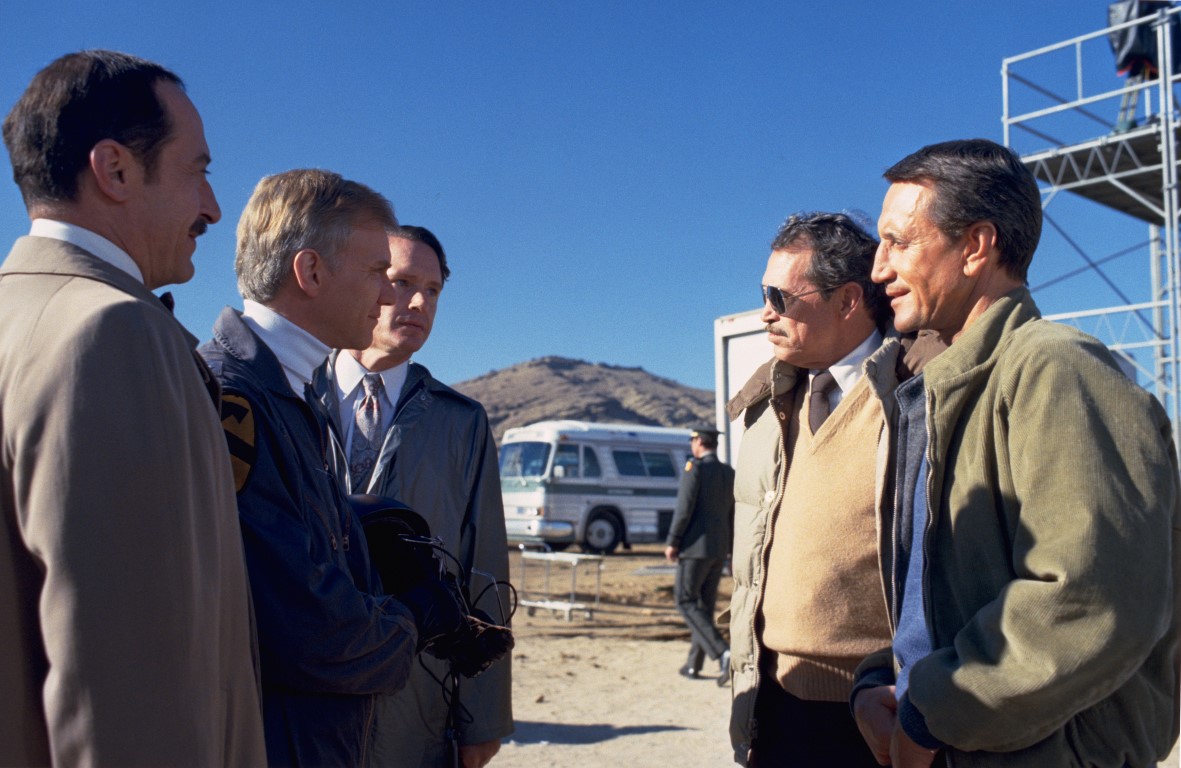 At the very start of the movie it states “the technologies depicted in this film are available now”. They aren’t wrong either… though the helicopter in the film is actually a standard helicopter with a refurbished shell etc (shown in detail in one of the great extra features)… the technology has certainly been in use for some time. I recall once watching a cop show that gave an example of what Blue Thunder called infra red… the police version that is in use is FLIR Forward Looking Infra Red and has a lot more clarity than the grainy/pixelated images used in the film. On the one hand the film did a good job of show casing what was available for crime fighting and showed what good policing can achieve (spotting the unregistered car and calling it in from the sky)… but it also showed just how easy it is to abuse that power “1 civilian for every 10 terrorist killed… not bad” “unless you’re the one in ten”.

I think the biggest strength of the movie is the cast. Roy Scheider has a sort of casual cool about him that makes him eminently watchable on screen. He plays someone who is clearly a tough guy… but he doesn’t seem to feel he has to show that off to everyone he meets. Malcolm McDowell as his former commanding officer with his *pistol fire hand gesture “catch ya’ later”… is perfect as someone you really look forward to seeing get his just desserts. 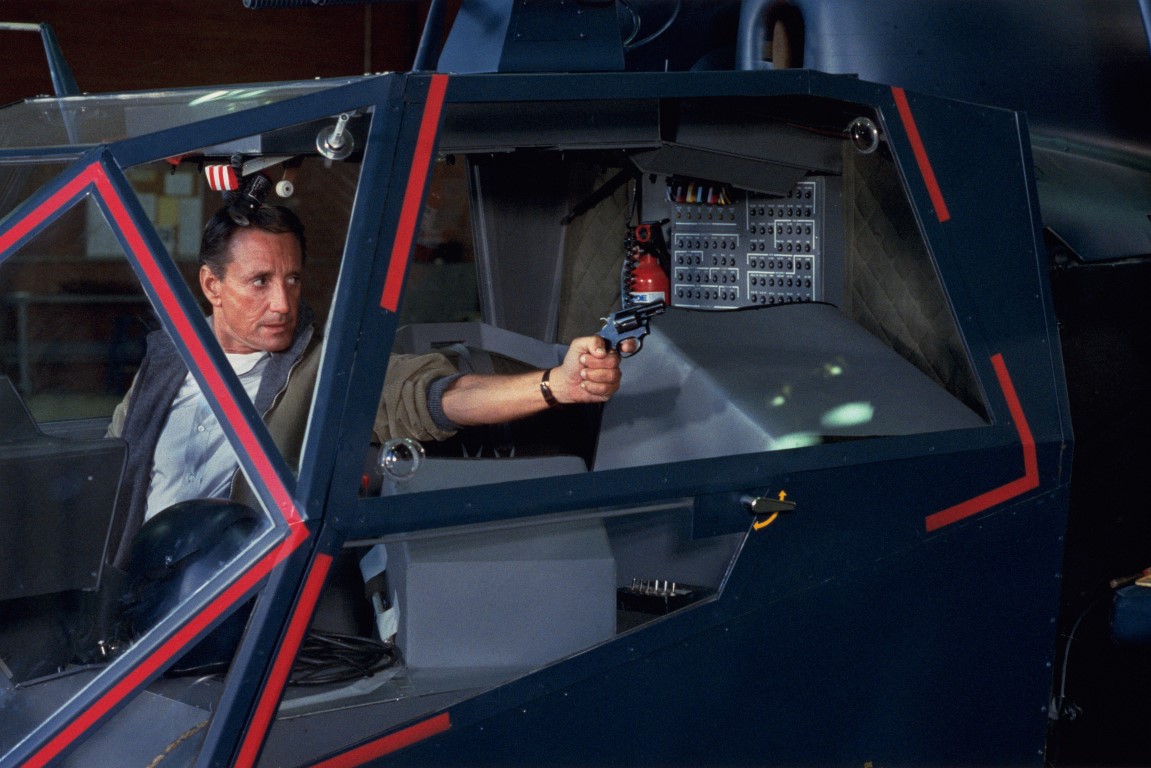 Blue Thunder is one of those films I had vague memories of watching as a child… there were certain movies that would pop up on a Friday night, Predator, Heartbreak Ridge, Iron Eagle, Kickboxer and Blue Thunder. They would come on, we’d watch them… then Monday morning at school you’d recite the one liners and try to be as cool as the characters in the movie. There’s a great bit of nostalgia here and the story is strong enough to stand against the test of time. Still a good watch and some great extra features to go with it.