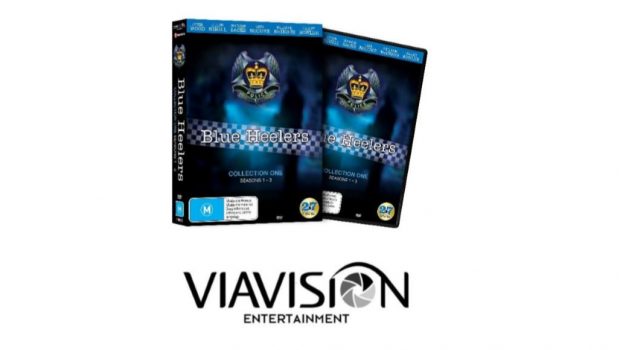 May 19, 2017 – Via Vision Entertainment is thrilled to announce it is releasing Blue Heelers on DVD. The iconic Australian police drama will be available in a Special Edition slip-case showcasing the first three seasons on July 5.

One of the most successful long running television series ever in Australia, Blue Heelers enjoyed a 13 season run between 1993 and 2006.
The all-star cast includes John Wood, Lisa McCune, Martin Sacks, Julie Nihill and William McInnes, with some high profile guest spots featuring the likes of Hugh Jackman, David Wenham, Gary Sweet, among others.

The award winning series (including 25 Logies) remains one of the highest rating Australian series ever. Blue Heelers Collection 1 (Seasons 1-3) will feature 126 episodes including the pilot, extras and of course the beloved characters of Tom, Maggie and P.J.