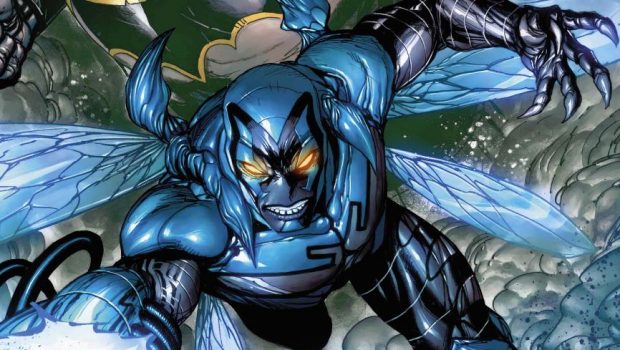 Summary: Keith Giffen, J.M. DeMatteis and Scott Kollins are just about to kick their final goal and I for one can’t wait to see where it lands!

As the team of Keith Giffen, J.M. DeMatteis and Scott Kollins wrap up their run on Blue Beetle, we get a fun and more down to Earth story with … Two Beetles and a Bat! The issue starts with some very witty banter between Ted Kord and Batman with the Dark Knight insulting him about being a reckless idiot. Needless to say Ted rebuts him well by noting that at least Jamie Reyes is wearing armour unlike Robin who is running around in tights. It’s classic Giffen and DeMatteis here!

We also learn that Batman’s presence is about Jamie, more particularly his sentient armour. Unfortunately for Jamie, El Paso is in danger again thanks to Mistress La Dama as he dons the armour of Blue Beetle and goes head to head with lame villain of Ghostfire! Needless to say Ghostfire is a dud and although he believes that he will become some ‘great’ hero if he defeats Blue Beetle, he is quickly dismissed by Batgod… err.. Batman by one punch. Batman also asks Jamie to ask Ted how to throw a punch properly. So while Teri and Tina ponder the 21st century and how they can return to the future as our Flash from the future Teri discovers that Jamie Reyes may hold the solution for them to return. This leads to the next issue which is none other than Justice League: 3001.

I really enjoyed this issue from writers Giffen and DeMatteis who really fleshed out the characters well and I loved how they wrote Batman as a ‘dick’. There’s also a touching moment between Teri and Tina, including some great fun between Ted and Batman. Lastly, artist Scott Kollins keeps kicking goals with his amazing art and the scene where Ted is playing with HIS Blue Beetle action figure with Batman turning up behind him is priceless!

Keith Giffen, J.M. DeMatteis and Scott Kollins are just about to kick their final goal and I for one can’t wait to see where it lands! 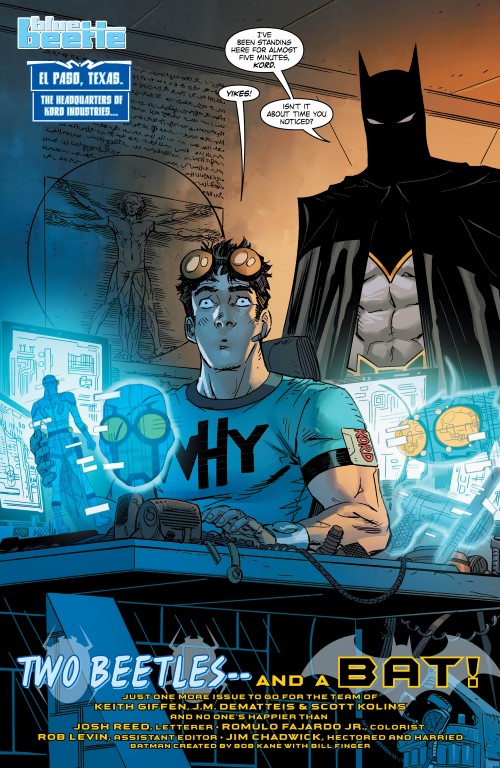 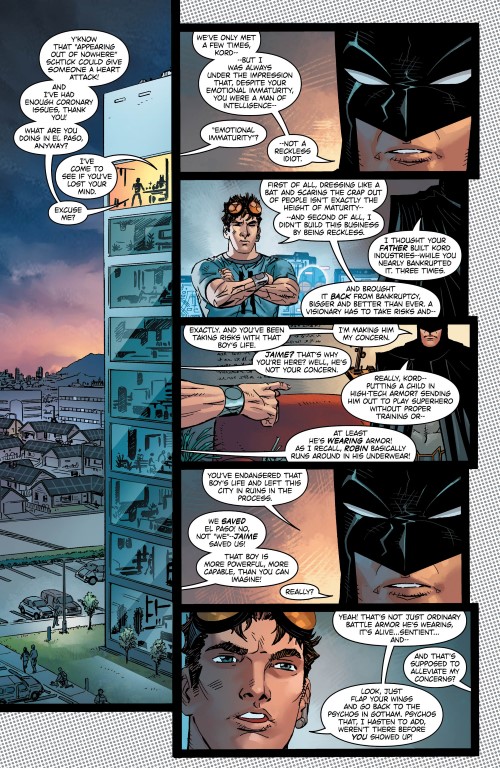 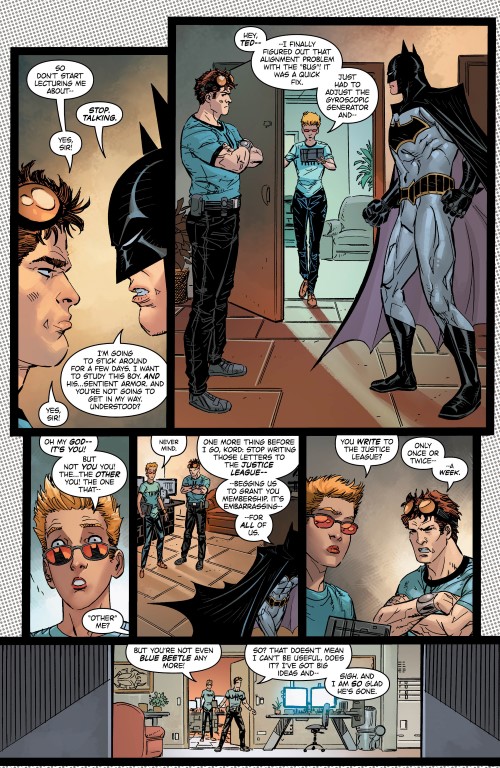 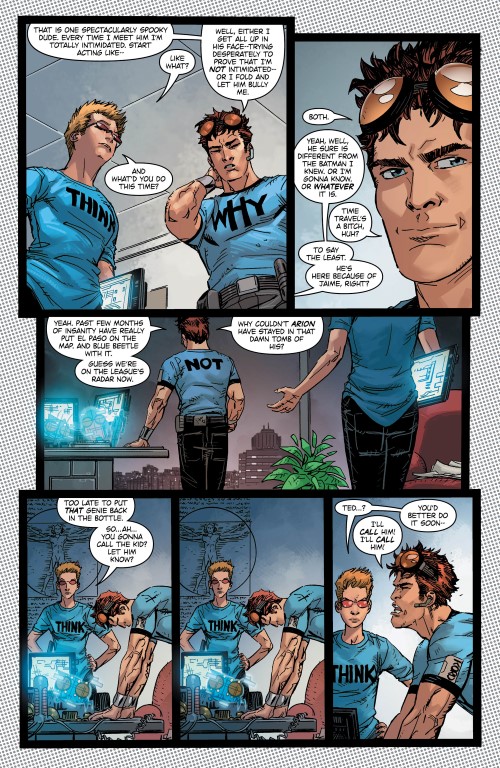 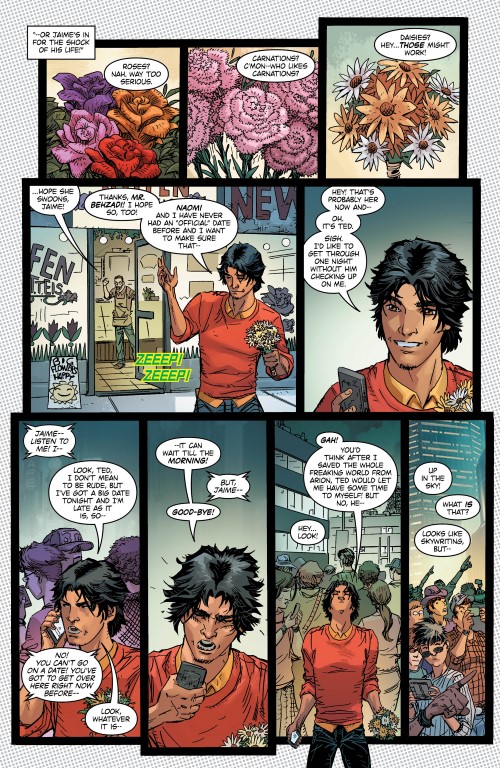 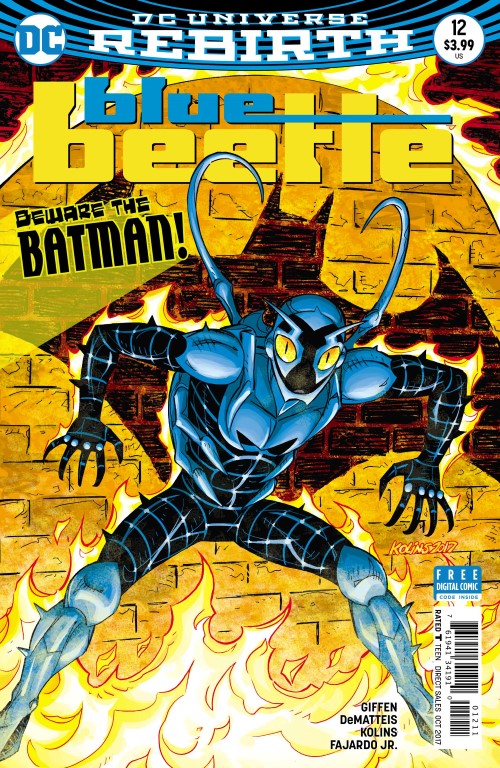 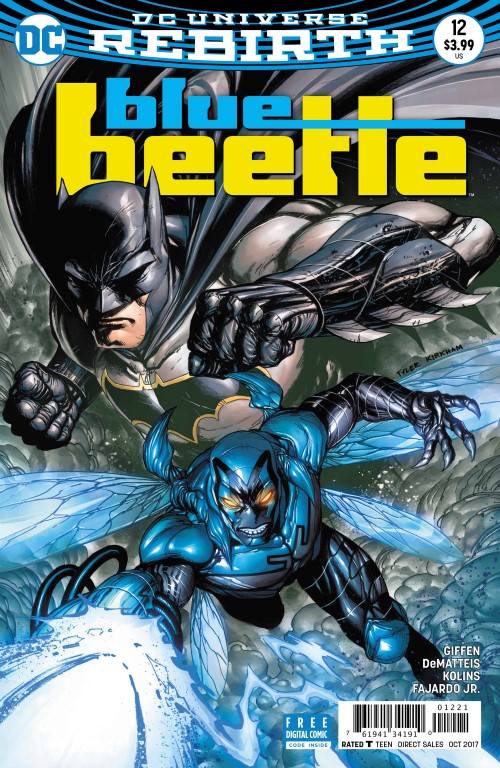