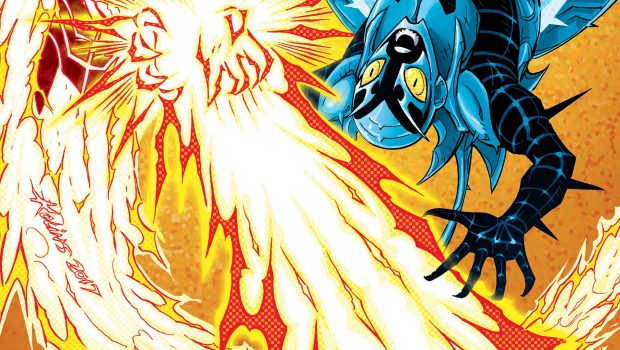 Summary: Blue Beetle concludes and the previous story and returns some normality of Jamie Reyes

Although one of the longest story arcs in comicdom, issue #11 wraps up the previous storyline as Arion is imprisoned by Doctor Fate by having his sorcerers butt kicked by Blue Beetle (aka Jamie Reyes) in last issue. As issue 10 ended with a supposedly Jamie Reyes being possessed by the Scarab, we learn that it was all a ruse by our young hero to get the upper hand on Arion. As to the demon Mordecai? Let’s just say he meets a squishy ending courtesy of OMAC.

Kent Nelson now in control of the powers of Nabu as the rightful Doctor Fate also gives our young hero a stern warning about the powers of the Scarab, not to mention his mentor, billionaire Ted Kord in some classic dialogue by Keith Giffen. Given that Jamie stopped Arion, he was basically given a Hall Pass by Fate. There’s also an interesting moment between Ted and Teri as they discuss the changes in Jamie, including our Billionaire confirming his promise on helping this time lost hero return to her timeline. So as life goes back to ‘normal’ for Jamie, we’re introduced to his next threat with Ghostfire and the puppetmaster Mistress La Dama as Giffen and Kollins build the next foundation.

Although some have mentioned that the dialogue of Giffen can be a little verbose at times, it’s also where he shines as he litters his story with some great gems and this issue was no exception to that rule. Complimenting his text is the excellent art of Scott Kollins who not only draws a mean Blue Beetle but an equally awesome Doctor Fate and I for one hope that this current creative team revisit this classic Golden Age character sometime soon. In terms of panels, Kollins once again shows his prowess as an artist with his dynamic panels and larger than life characters.

Blue Beetle 11 returns Jamie to somewhat normality after the epic story featuring a corrupted Arion. This issue boasts some further character development, particularly from the supporting characters of Blue Beetle and of course Jamie who tries to grapple with the events from the last few issues. Then you have the killer page at the end which features our favourite Dark Knight, Batman! 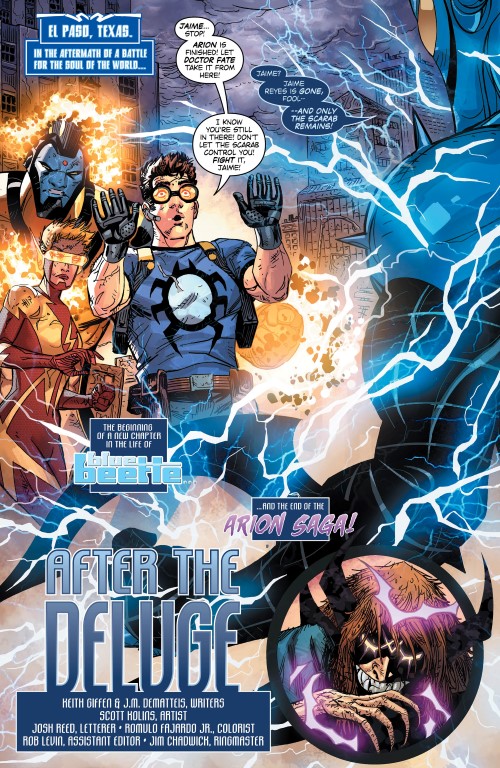 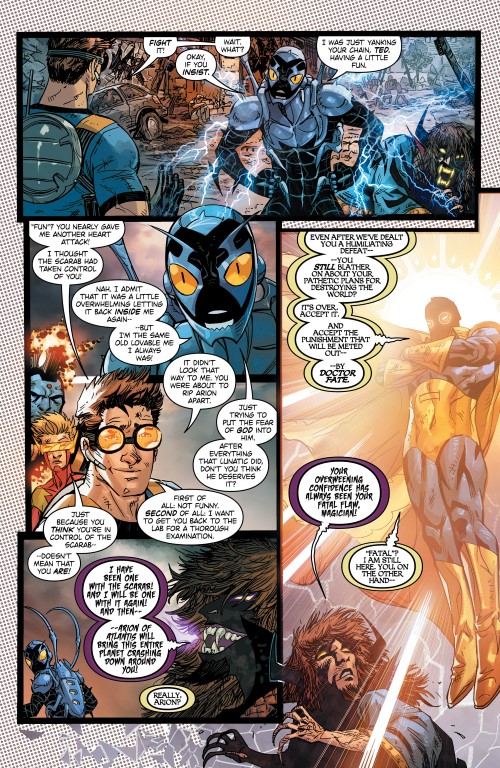 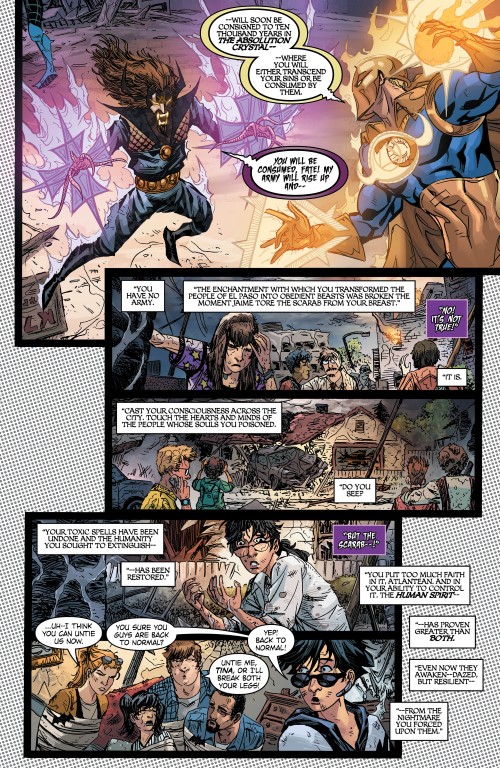 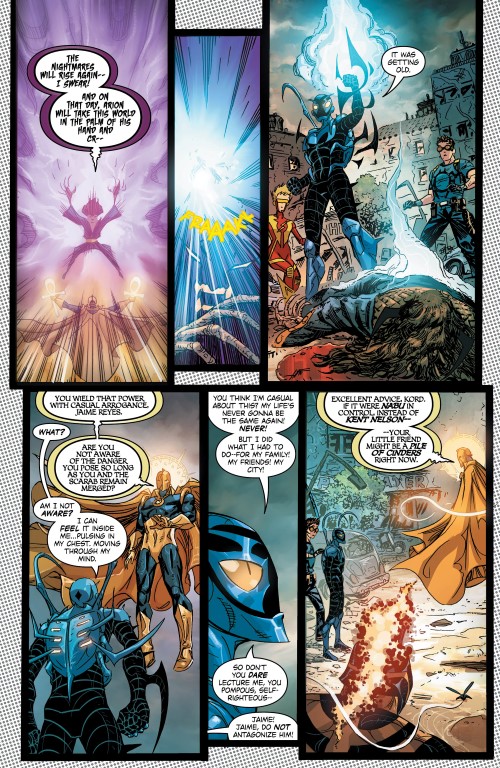 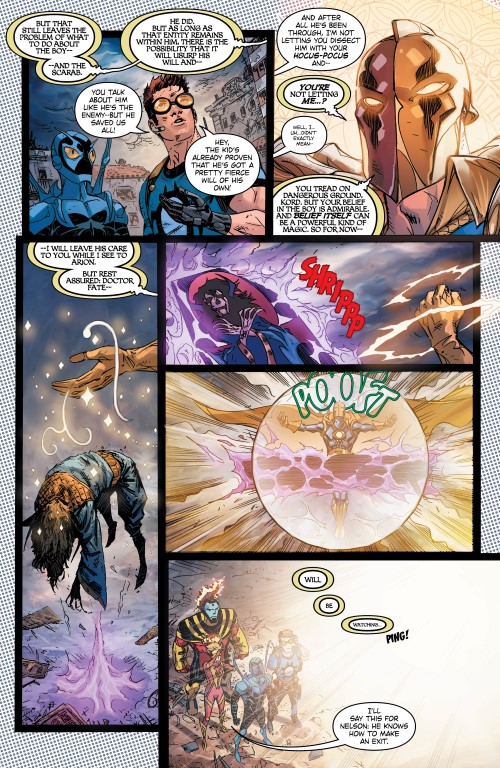 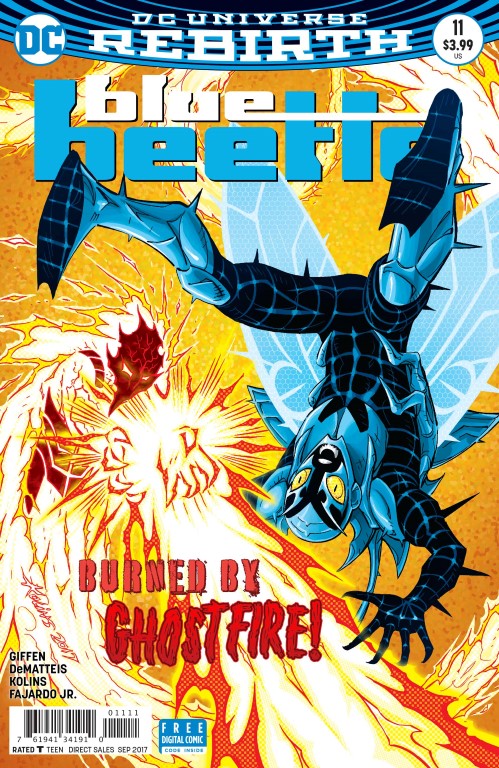 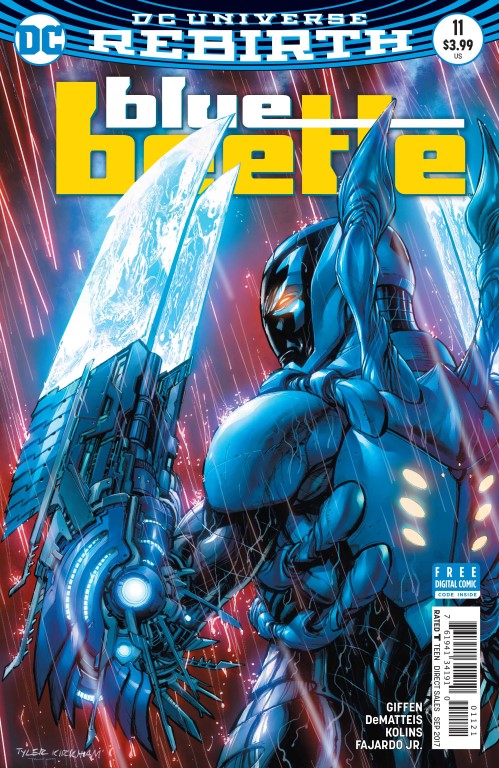