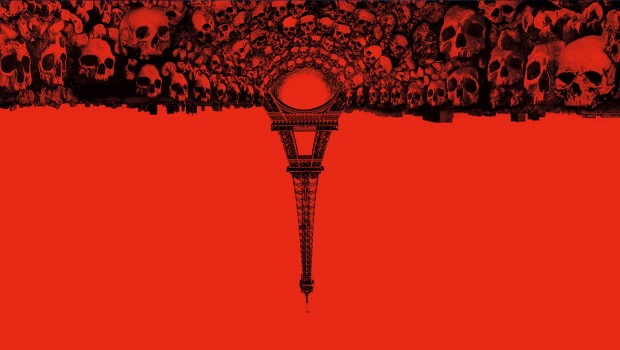 Universal Sony Pictures Home Entertainment is releasing As Above, So Below – available to own on Blu-ray™, DVD & Digital with UltraViolet™ from December 18, 2014.

Starring Perdita Weeks (The Invisible Woman, Titanic), Ben Feldman (Mad Men, The Perfect Man) and Edwin Hodge (The Purge, Red Dawn), As Above, So Below is a chilling horror-thriller about a team of explorers that uncover the dark secrets that lie beneath the quaint streets of Paris. As Above, So Below will reach deep into the human psyche to reveal the personal demons that come back to haunt us all.

Archaeologist Scarlett Marlowe (Weeks) has devoted her career to fulfilling her father’s life-long quest to uncover one of history’s greatest treasures: the Philosopher’s Stone. After finding cryptic coordinates leading to the Stone, Scarlett is led to Paris where she enlists the help of her ex-boyfriend George (Feldman) and cameraman Benji (Hodge).

To find the precious Stone, the team of explorers embark on a journey into Paris’ Catacombs, infamously housing the buried bones of six million people from the late 19th century. As the group venture deep into the maze’s path of bones and collapsing tunnels, they quickly begin to uncover the dark secrets that lie with the city of the dead. Turning back is not an option and so the explorers have no choice but to confront the terror and demons that face them in their own personal hell.

A psychological thriller of a journey into madness and terror.