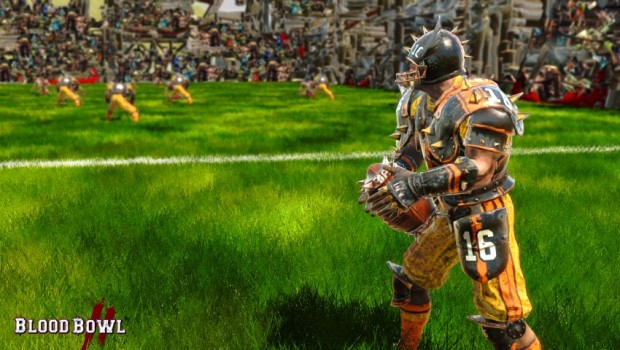 BLOOD BOWL IS BACK, AND IT’S GOING TO HURT!

Blood Bowl 2, the sequel to the video game adaptation of Games Workshop‘s famous board game that combines American football with a fantasy universe inspired by Warhammer, today unveiled its very first official screenshots!

The first playable team, fully modelled and animated, has just made an appearance on the pitch of the Blood Bowl 2 stadium. As you can see, the human players have the honour of entering the pitch first and will also be the stars of the massive solo campaign in Blood Bowl 2 as you lead the legendary Reikland Reavers and experience an epic saga packed with risk, dangers and spectacular matches on the way to winning the Blood Bowl.

These two screenshots show the human, Blitzer, one of the most versatile players on the human teams, in action and ready to face whatever the opposing team can throw at him! 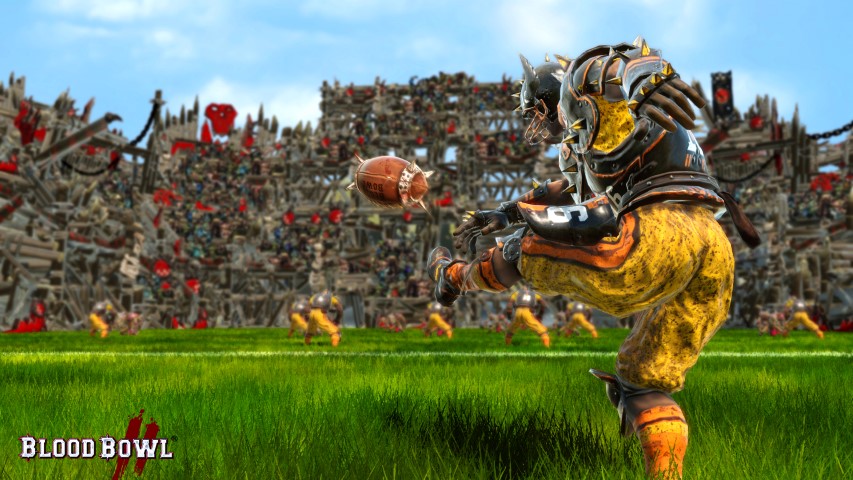 Developed by Cyanide Studios, Blood Bowl 2 is even more ambitious than its predecessor, with a fabulous look and a variety of extra features. Its brand new graphics engine has been specifically developed for this sequel, enabling the game to display high-quality visuals, graphic and sound effects, taking the Blood Bowl licence to the next level. The animations, dynamic cameras that pack more punch to matches, the “Cabalvision” design of the interface and corrosive commentators Jim Johnson and Bob Bifford (who made a noteworthy appearance in the game’s first video teaser) faithfully recreate the thrills and fury characteristic of Blood Bowl’s intense matches.

Blood Bowl 2 also has a host of new features in both Solo and Multiplayer modes that make it more accessible for first-time players and more enjoyable for seasoned veterans. The stunning and ambitious Solo campaign puts players at the head of one of the most famous teams in Blood Bowl’s universe, who will compete in some original and truly unique matches to take their team to the top. League mode allows players to manage their own team, club and even stadium, as all these features are fully modular! We will soon reveal some substantial and striking innovations that make Multiplayer mode even more thrilling!

Over the coming weeks and months we look forward to releasing more screenshots, new information about features, solo and multiplayer modes and, of course, the first Blood Bowl 2 game videos!