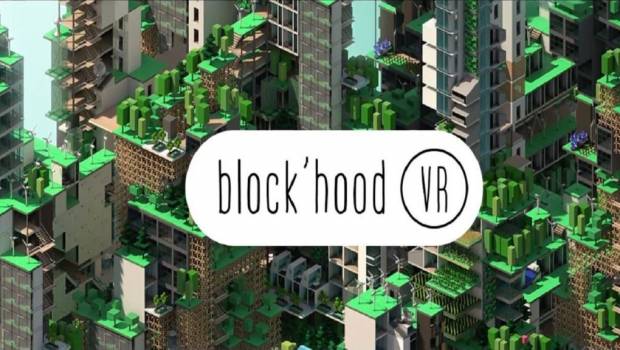 Summary: Build a city block in VR and meet the needs of your residents, or watch it all crumble before you.

Block’hood VR is a welcome change from the onrail shooters and other now (somewhat) standard VR releases. It’s nice to have a bit of variety and though there are clear links to older gaming staples such as Sim City… Block’hood VR has it’s own little quirks to make it unique. So let’s start at the beginning. The visuals remind me of model train layouts in the sense that they are a slice of a larger world. The city block you will build is constructed on a… well… block. That block is hovering in mid air and has a rail all the way around the bottom, this rail is what you grab to turn the block to access different sides. The block contains a grid on which you place your structures and rather than going outward it goes upwards. The buildings, people and animals all have a stylistic visual aesthetic that makes me think of architectural prototypes… and it works very well. 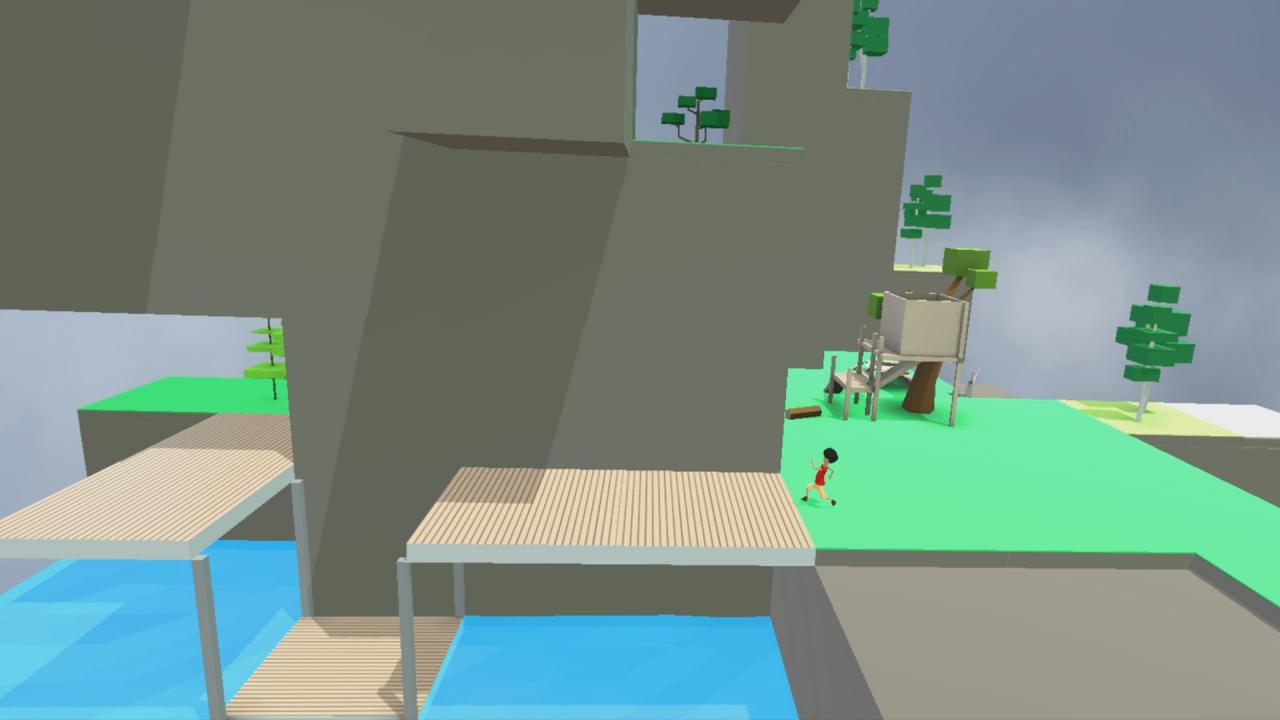 Soothing music eases you into the experience and if you begin with the story mode you will get an idea of the basic mechanics whilst being introduced to a talking pig… among other animals. It’s a nice start and certainly does begin as a relaxing experience… but it doesn’t take long before you might start getting frustrated and that’s when the puzzle gaming elements start to really set in. The first few tasks are easy enough, make sure there are acorn trees to keep your pig happy. But then things get a bit trickier with a balance between different resources, power, money, living space etc. But with that frustration comes the counter point of satisfaction when you finally figure out the configuration that works best. 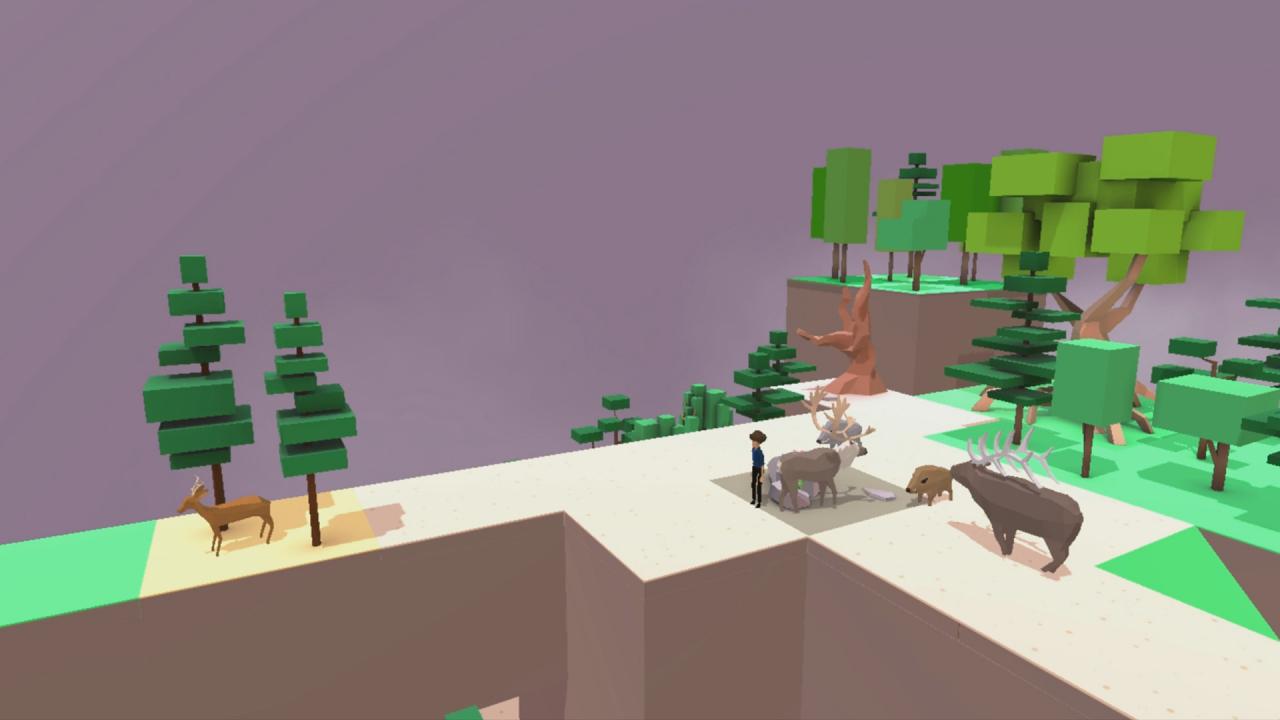 As is standard in many gaming formats, the more you play the more you unlock, in this case building/tile types and whilst it starts simple enough… the variety you are later offered can get a little overwhelming. I tend to like mucking around rather than getting into the full spreadsheet, stats and so on nitty gritty of these sorts of games, Sim City worked well because you could get by without getting too in depth… I mean sure you could optimize your city but you could just as easily leave it in a more “rustic” style. Block’hood does tend to lean more towards getting you to work out how to make things efficient and that’s not entirely a bad thing. The reason I don’t think it’s bad is because it has a bit of an ecological focus. From the very early stages you are given the opportunity to use renewable sources for power and there’s that obvious focus on the vegetation of the area to make it appealing to animals. So it’s nice to be made to think about how to be environmentally considerate. It’s also not a bad idea to get people thinking about the way different elements of a city work together and the general symbiosis of it all. 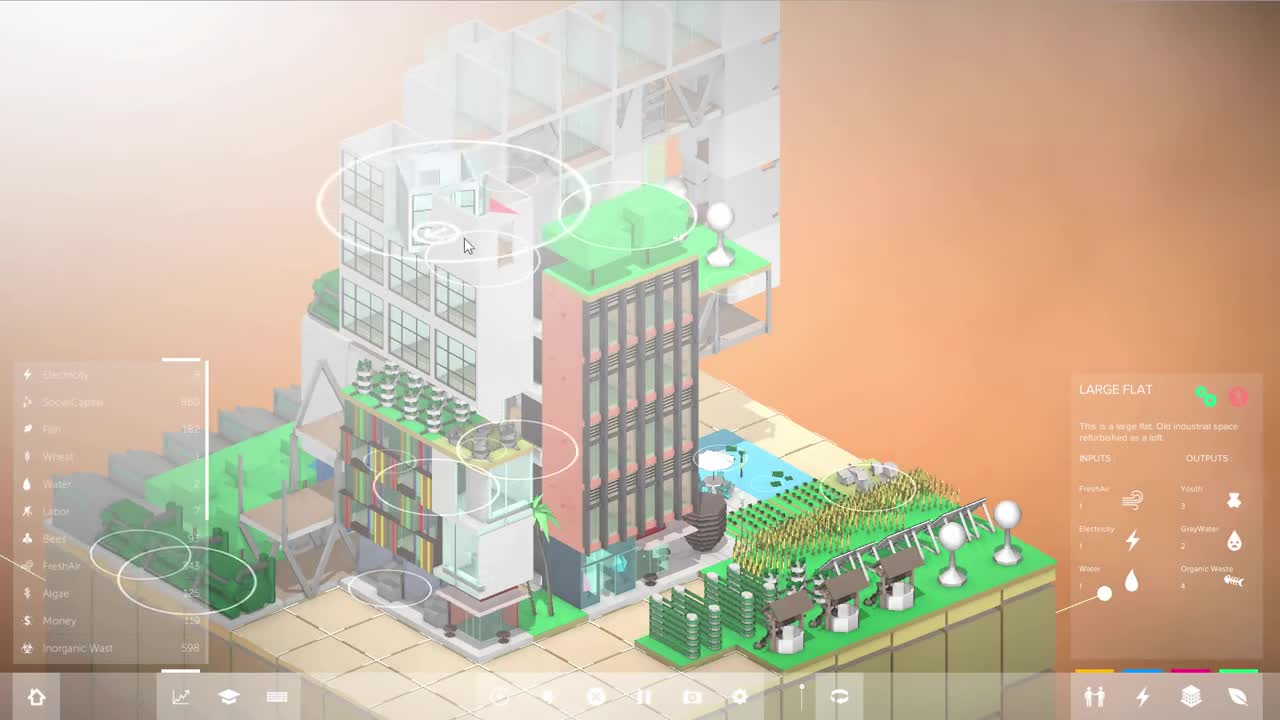 There are some issues with the game… the controls can be a little tricky at times especially when navigating the menus and sometimes progression can be tricky because of some small thing that hasn’t been done, or at least not done just the way it needs to be and there is no hint or indication of how to progress… you have your task and that is it, no more help other than telling you what to do. The lovely music may also seem a bit incongruous later in the game as you work hard to build your city upward only to find that you haven’t provided enough of a given resource and essentially your whole block falls into decay… all while a pleasant tune plays in the background… almost tauntingly. 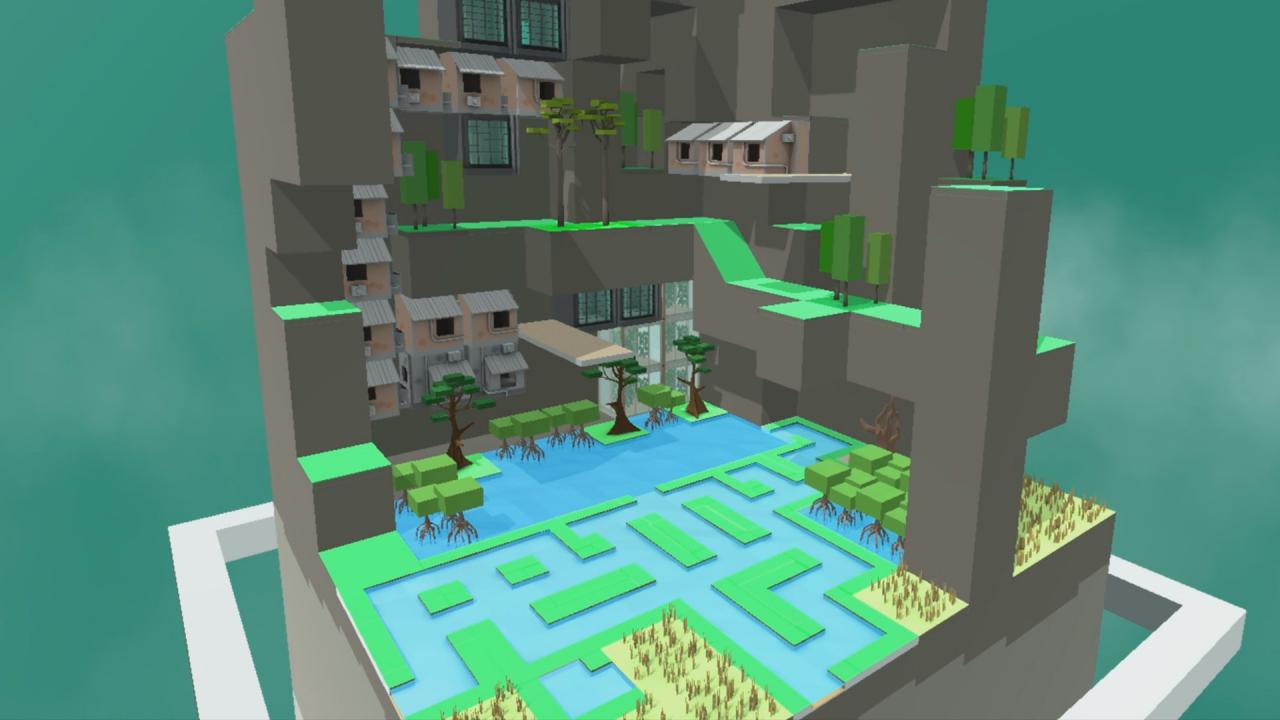 As far as city building games go in VR… I quite like Block’hood VR, you can delve deep into it and try and complete the challenges or just jump in casually for a nice relaxing bit of city tinkering. It’s at a pretty decent price generally but if you can grab it on sale then even better. If you miss the old days of Sim City this does hit some of those nostalgic points all while letting you experience it in a far more personal manner, right down to watching your little residents (human and animal) go about their lives.