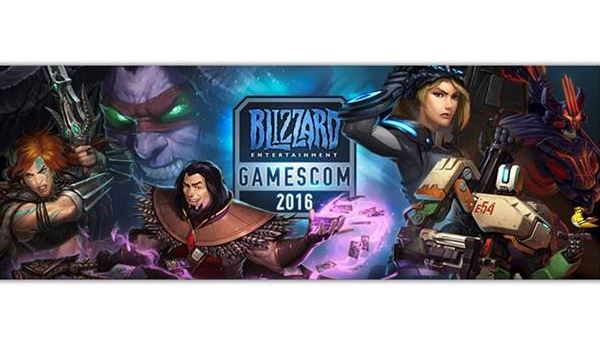 Blizzard Entertainment today revealed a detailed preview of its lineup for this month’s gamescom, the world’s largest interactive entertainment trade fair, at http://gamescom.blizzard.com. The developer plans to showcase brand-new content for six of its award-winning game franchises at what will be its largest presence at gamescom to date.

From Wednesday, August 17 to Sunday, August 21 CEST, visitors to the developer’s booth in Hall 7 of the Koelnmesse will have the chance to play World of Warcraft: Legion, Overwatch, Heroes of the Storm, StarCraft II: Legacy of the Void, Hearthstone, and all three Diablo games on more than 500 gaming stations.

In addition to trying out these games for themselves, gamescom attendees will be able to enjoy a variety of live entertainment on the Blizzard stage, including crowd-favourite dance and cosplay contests, showmatches with pro gamers and community personalities, developer signing sessions, quizzes, and much more. Video Games Live will be performing on the Blizzard stage on Saturday, August 20 and Sunday, August 21 at 2:00 am AEST, featuring world premier live performances of songs from StarCraft II: Legacy of the Void, Overwatch, Hearthstone, and World of Warcraft: Legion. Visitors will also be able to pick up licensed apparel and collectibles at the Blizzard store in Hall 5. Visit this blog post for details on the Blizzard activities at gamescom.

Those who can’t make it to gamescom 2016 in person will still be able to catch all the excitement via daily live streams of stage activities on the Blizzard gamescom site, along with a daily recap video each morning at 5:00am AEST. Well-known streamers will also bring their viewers live action from the Blizzard booth, which we be viewable on the Blizzard gamescom site. The site will also be the source for a full schedule of stage activities, a social wall, and more.

For more information about Blizzard at gamescom 2016, visit http://gamescom.blizzard.com