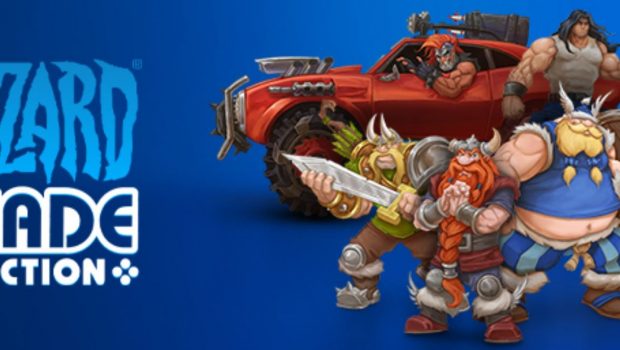 Thirty years ago, a newly formed game studio made up of a handful of software developers set out to create the types of games they themselves loved to play. Among their first creations were The Lost Vikings, Rock N Roll Racing, and Blackthorne—each garnering critical acclaim and reflecting the early design principles of the company that would soon become Blizzard Entertainment.

Today, Blizzard is proud to announce the Blizzard Arcade Collection, a digital set of its original hits, updated and available now for Windows PC, Nintendo Switch, PlayStation 4, and Xbox One (also PlayStation 5 and Xbox Series X|S via backwards compatibility).

The games in the Blizzard Arcade Collection come in their Original Editions and also upgraded Definitive Editions (details below), with each version featuring custom key mapping and the ability to rewind up to 10 seconds. The Original Editions of The Lost Vikings and Blackthorne also include “watch mode,” which lets players watch a playthrough of the game and jump in to take control at any point. The ability to save progress anywhere is also included in all versions of each game, with the exception of the Definitive Edition of Rock N Roll Racing. An array of bonus materials rounds out the Blizzard Arcade Collection, including game art, development assets, unused content, lore, interviews, and more.