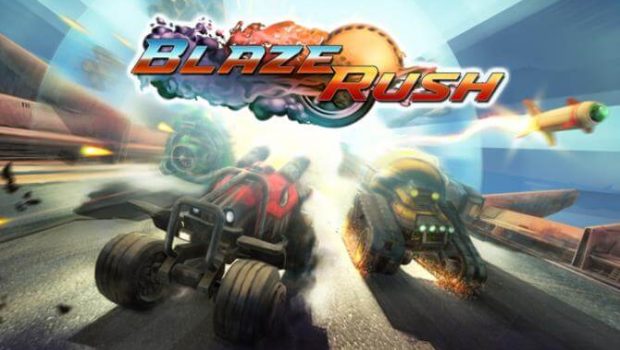 Summary: A little bit of Death Track, a touch of Wacky Wheels/Mario Kart and a lot of fun!

When I first started Blazerush I got a similar feel to Ivan Ironman Stewart’s Super Off Road Racer, which is not a bad thing at all… I played a hell of a lot of that game back in the day. But as I continued playing, I realised there were also elements of Death Track, Wacky Wheels (or Mario Kart if that’s your thing)… all thrown in together and the result is a lot of fun! 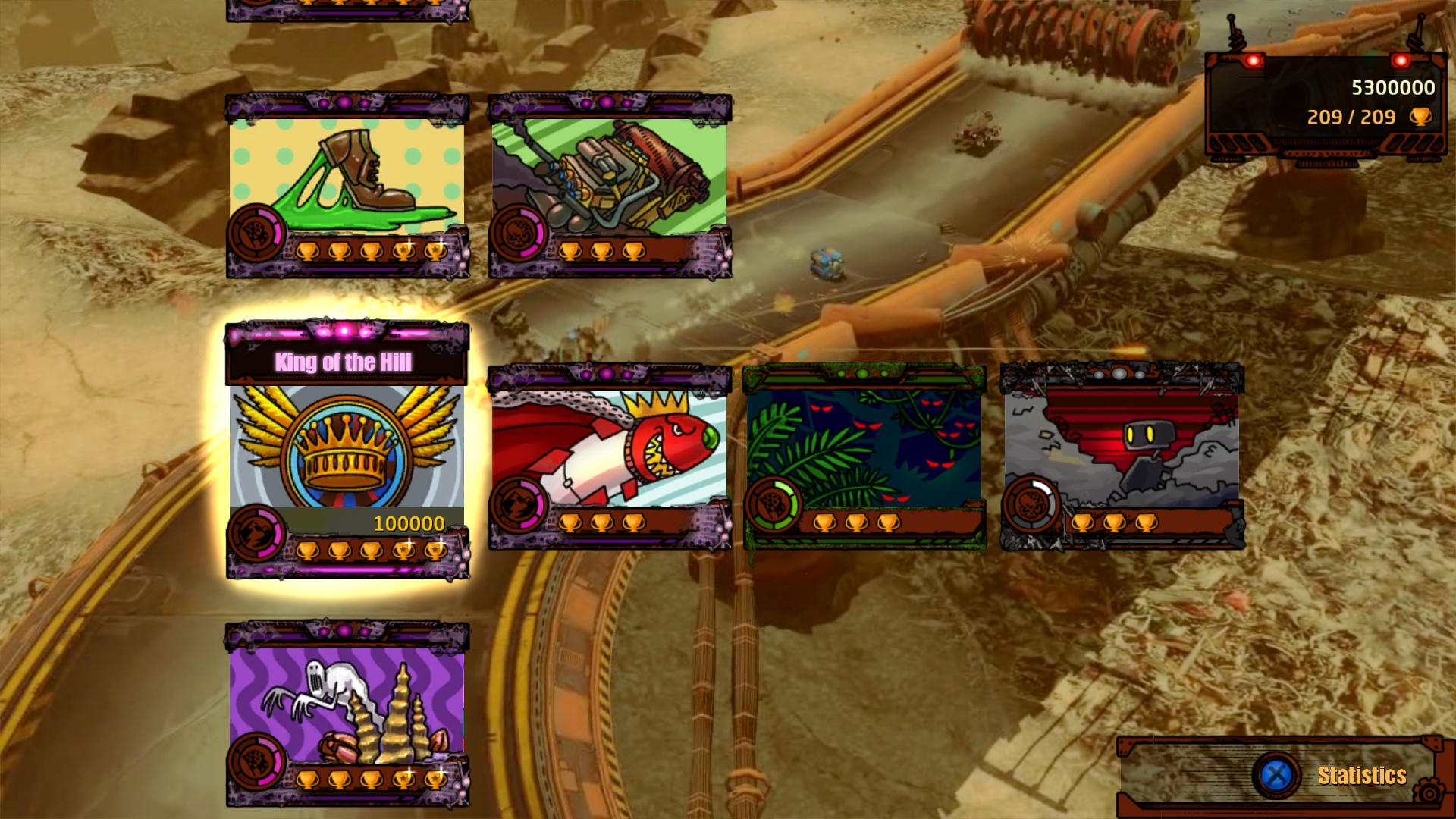 The perspective makes it feel like an RC track (which could be just as well as things can get pretty deadly and it might be nice to think that it’s not real drivers being blown up or knocked off). It can be played solo or with friends (for that added party game/competitive atmosphere). For those familiar with these sorts of games, yes there are pick ups and “drive overs” I guess you’d call them, grabbing the right pick up at the right time can make all the difference. 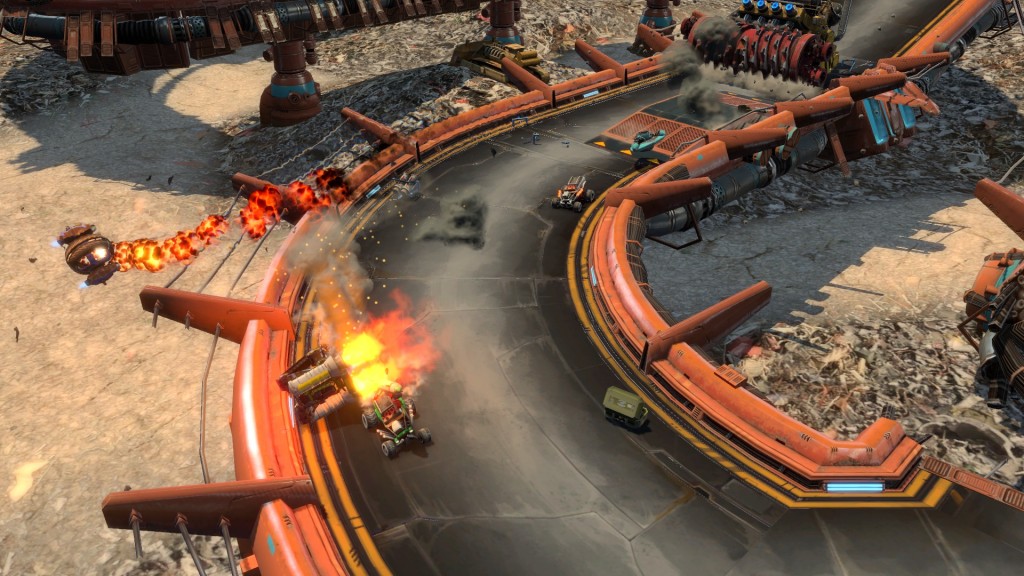 For those who want a bit more than just a quick pick up and play (though I think that is certainly one way this game shines), there are achievements to unlock (some of which require repeat racing to build up to). You can dive right in a play a simple game or you can choose one of a handful of different style games (being chased by a giant roller of death is pretty intimidating but does give a new sense of urgency to getting round the track). Different cars provide different handling to allow for different play styles. Single player is essentially rinse and repeat, earn rewards to unlock more races etc. As mentioned earlier, I think this works well as a pick up and play game because as much as you can do those things, you don’t have to in order to enjoy it (and in picking up and playing from time to time… you’re going to unlock those things eventually anyway). 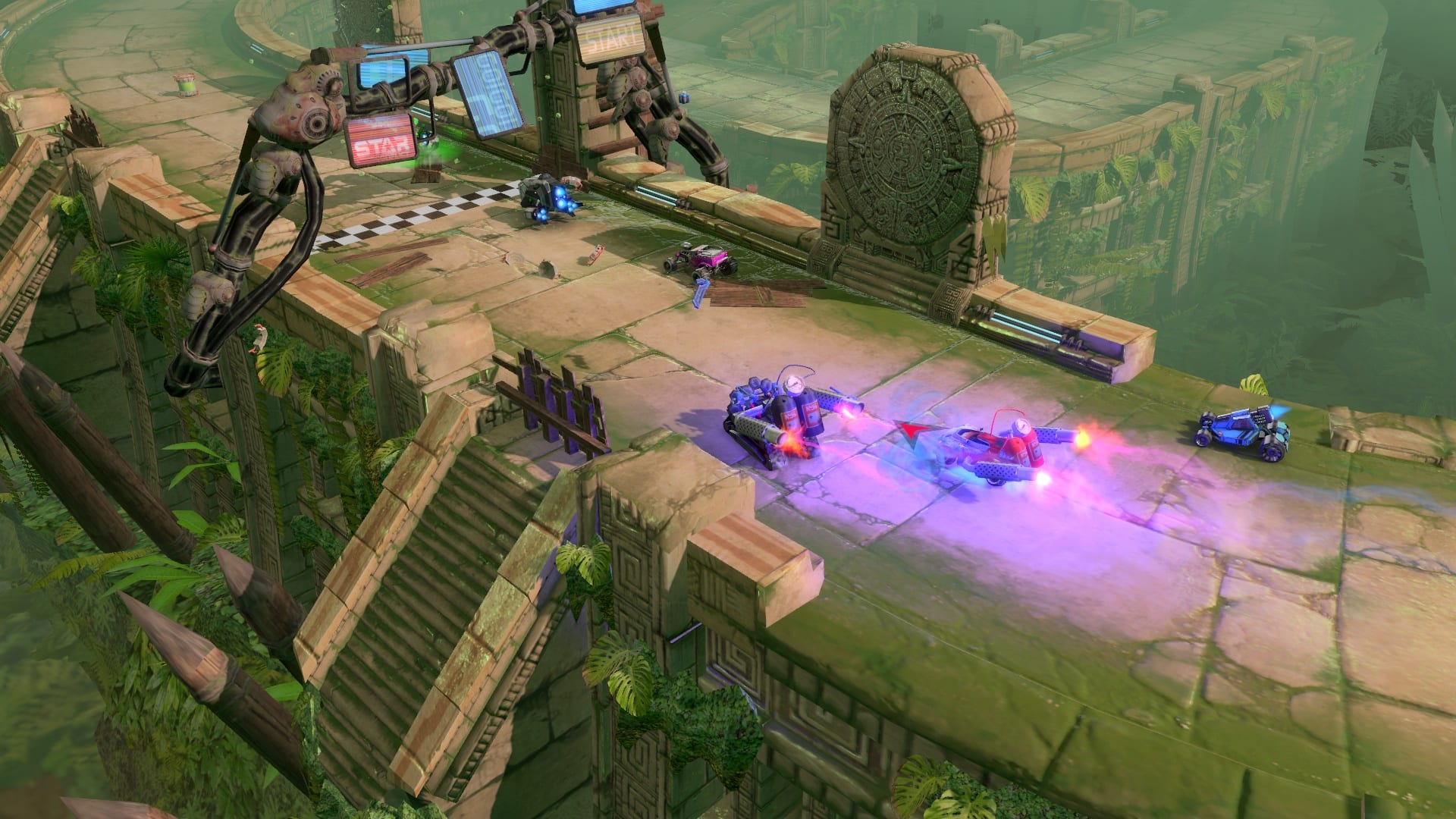 But for many people the real fun is going to come from multiplayer where you can either challenge others online or you can play local multiplayer. Race lengths are relatively short (which is partly why it works so well as pick up and play), which means that they can be very hectic. You might be able to employ strategy but chances are you’re going to have to drive by the seat of your pants and take opportunities as they come. If your friend bumps you off in the first lap… you better hope you get a chance to return the favour before the last lap is done or they may gloat about it incessantly for who knows how long. 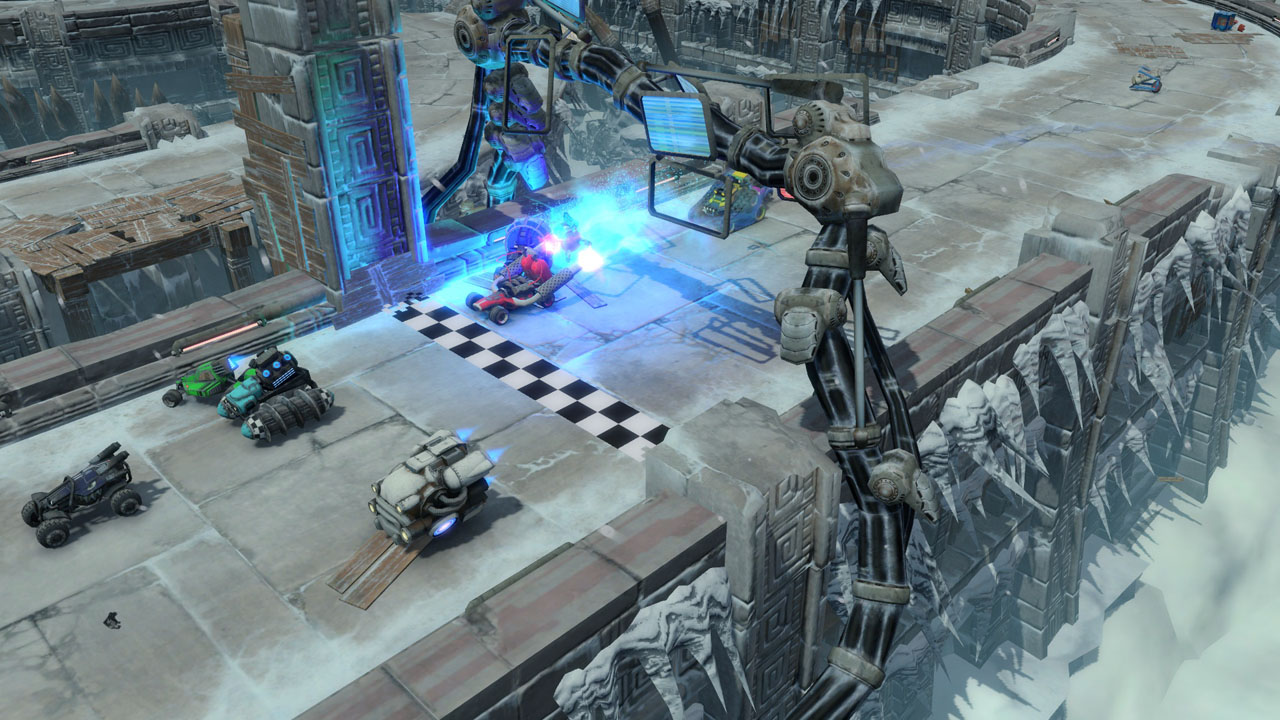 Ultimately Blazerush is a great fun game with friends or solo. While it may not have a lot of meat on it’s bones for anyone looking for an in depth racer… it never tried to be more than what it is, which is a fun, crazy game to be enjoyed in small chunks at a time.

Definitely worth it for the price. 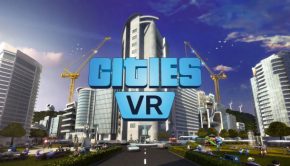