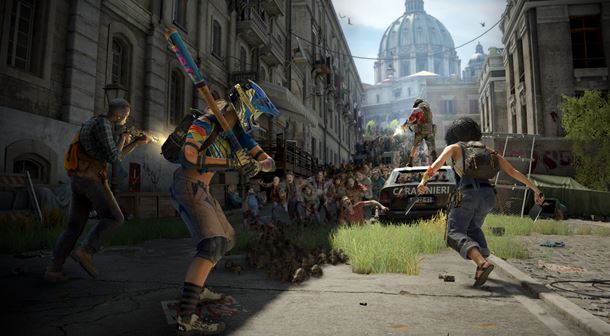 Blast through the zombie hordes of World War Z: Aftermath with the power of AMD Radeon Graphics

As gamers fight for survival against masses of zombies in the ravaged world of World War Z: Aftermath, AMD and Saber Interactive today introduced the Free Booster Zombie Update, just in time for Halloween. The free update is live now, containing:

Saber Interactive and AMD collaborated to give Radeon gamers the best chance to survive the crumbling, zombie-infested World War Z: Aftermath with powerful features, including:

Gamers looking to grab some friends and take on the endless waves of undead in the ultimate co-op zombie shooter can check out the full details here, and can download the latest AMD Radeon driver here.